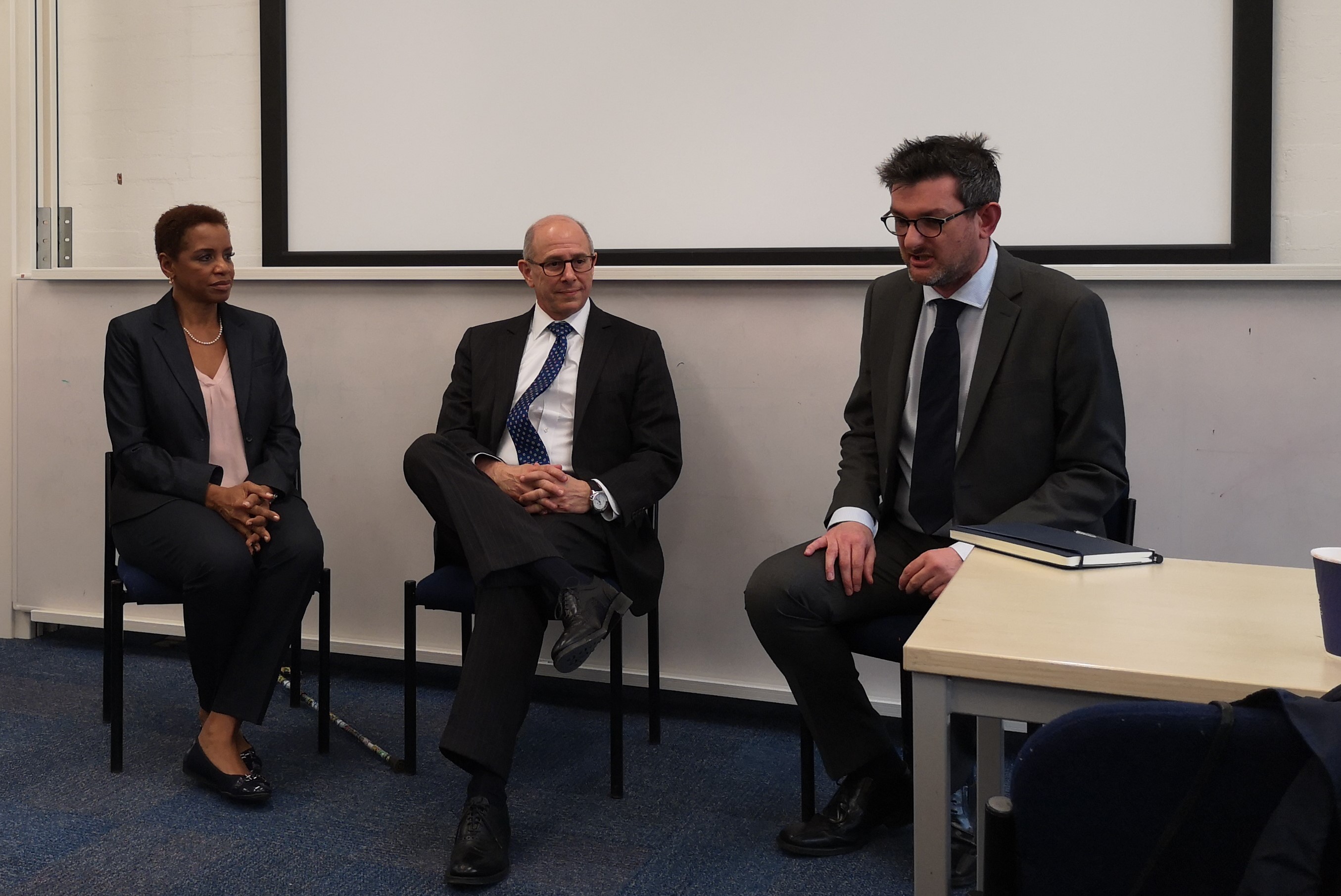 Well what a fascinating afternoon it was for the Monroe Group and fellow staff and students at the University of Reading!

Today we welcomed two former US Congress Members to the University for the last event of Congress to Campus week, in conjunction with the Rothermere American Institute, the British Library Eccles Centre, the British Association for American Studies, and the US Embassy. Former Representatives Donna Edwards (D-Maryland) and Charles Boustany (R-Louisiana), after a working lunch with a small group, answered some brilliant questions from a packed room of University staff and students, talking all things US politics, Congress, and of course, the Donald.

Find out more about Donna and Charles here

The Q&A began with an opening talk from Monroe Group co-founder Mark Shanahan, who spoke of his own experiences of Trump’s America and of his recent co-edited collection, The Trump Presidency: From Campaign Trail to World Stage. The two former Congress members then took their seats for what became a truly engaging and captivating conversation.

It began, perhaps inevitably, with Donna and Charles’s views on Mr Trump and the future of the Republican party – some strong and interesting views indeed. Charles, for example, claimed that he no longer recognised his own party, that Trump had taken it to a ‘dark place’. Donna also suggested Trump was ‘bombastic’ and has been a bit of a disaster – hard to disagree with that! Trump talk was of course followed by more Trump talk, with questions from the floor ranging from his prospects of re-election to impeachment, and whether his lack of political experience prior to taking office has set him apart from previous presidents.

However, the current president was not the only topic of discussion this afternoon. Questions focused on the failure of reconstruction after the Civil War, a third-party movement, the dangers of the ‘nationalisation’ of politics, and whether the outcome of an election would be different if the electoral college wasn’t used. Other questions asked about the pressures placed on members of Congress such as that of fundraising and schedules, and about their views on the use of referendums and Brexit – which Charles sees as a threat to US National Security in light of their need for strong ties with the EU. Questions of race and gender were also big on the agenda; Donna was especially able, as the first African-American woman to take part in the Congress to Campus scheme, to give some great insights into this, telling of her treatment as a woman and of the impact of women in public office. She argued, for example, that women in office are key for attending to the needs of constituents, that women have different ways of leading, and that ultimately they are better at building cross party relationships which help push bills through Congress. She mentioned one interesting story about a bipartisan softball team among female members of Congress which helped build strong relationships and subsequent legislation.

All in all, this was a brilliant afternoon with brilliant company and enthralling insights into insiders views of US politics – a fantastic opportunity for all staff and students at the University of Reading who took part! 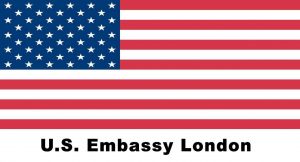