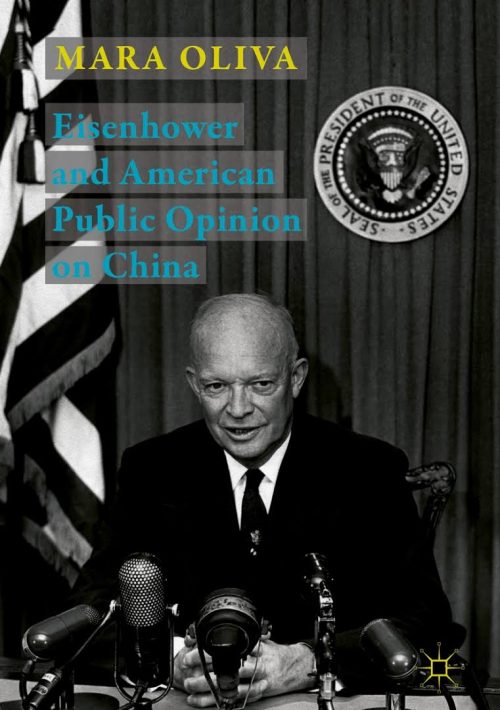 The following blog has been written by Dr Mara Oliva and outlines her new book, ‘Eisenhower and American Public Opinion on China’ (2018)

In recent months, the news of a trade war between the US and China has made headlines around the world, unsettling global markets and generating significant tensions between the two powers. President Donald J. Trump’s threats to bring trade cases and impose tariffs against Beijing are just the latest additions to a long list of erratic statements, we have, unfortunately, grown accustomed to, since the real estate billionaire launched his presidential bid in 2016. Together with the withdrawals from the Trans-Pacific Partnership (TPP) and the Paris Climate agreement, and the poorly handled talks with North Korea leader, Kim Jong Un, they show that this administration is still lacking a clear strategy for the US role in the Pacific and vis-à-vis with China. This is not only bound to have negative long term consequences on Sino-American relations, but it also reminds us of a similar period in recent history when lack of knowledge and debate heightened the risk of a nuclear Armageddon between Washington DC and Beijing. 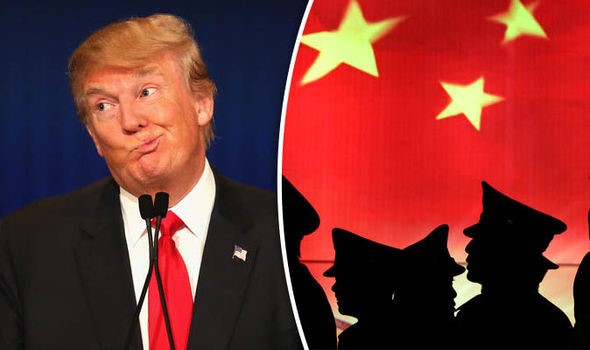 In the 1950s, the US refused to recognise Mao Zedong’s new established People’s Republic of China (PRC), it implemented a total trade embargo against Beijing following the outbreak of the Korean War in 1950, and it supported Nationalist leader, Jiang Jienshi’s regime on the island of Taiwan as the true representative of the Chinese people in the UN National Security council. This hard-line policy led to two nuclear crises in the Taiwan Straits (1955 and 1958), it significantly worsened US position in Vietnam and it eventually eroded US prestige internationally and among Asian allies. US China policy was frozen for twenty years. It was only with Richard M. Nixon’s trip to China in 1972 that Washington was able to break the “bamboo curtain” and regain the initiative in the Cold War.

Eisenhower and American Public Opinion on China revisits this dark period in Sin-American relations through the new prism of public opinion. By using primary sources located mainly in US archives, it argues that despite the wealth of revisionist and post-revisionist works on the Eisenhower years, the influence of domestic public opinion on this President’s foreign policy has largely been ignored by historians and political scientists. This lack of in-depth research has generated the erroneous assumption that the American public’s hostility towards the PRC forced Eisenhower to abandon any plans of relaxing tensions and establishing diplomatic relations with Beijing. Available sources, however, show that the role of public opinion played in shaping US-China policy is much more complex and sophisticated than previously acknowledged.

While the Korean War had consolidated popular support for a hard-line policy towards Beijing, the fear of nuclear war spread by the first Taiwan crisis made significant sections of public opinion, press and Congress reconsider this. To avoid a nuclear war, the public wanted to begin negotiations and eventually establish trade and diplomatic relations with Communist China. Yet the Administration persevered in its hostile strategy in the hope this would drive a wedge between Moscow and Beijing, diminish Communist prestige in Asia and reassert US power in the Pacific. The lack of public support forced Eisenhower to make considerable adjustments to this strategy and his propaganda efforts, all of which had short and long term consequences on Sino-American relations and the broader Cold War. The Administration’s exaggerated negative portrayal of the China threat exacerbated public fears and increased calls for a relaxation of tensions. This created a paradox. The more the public expressed support for a review of policy, the more Washington increased its rhetorical attacks on China and the less the public approved of the hard-line policy. The rhetorical excesses also made the PRC and the USSR more insecure, thus augmenting hostility towards the West and making peace more difficult.

By exploring the interaction between government and public opinion, the book also addresses one of the enduring questions in the international relations debate: what role should popular feelings play in the foreign policy of a democracy? Should elected officials act as representatives of their citizens’ wishes? Or is foreign policy the realm of experts, privy to classified information, only? Eisenhower believed that the influence of public opinion should be limited to election day. The President, the Secretary of State, John Foster Dulles, and the National Security Council (NSC) were in charge of foreign affairs in Ike’s White House. But his decision to ignore the public came at a very high cost. 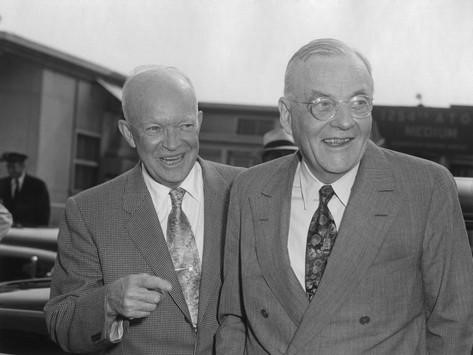 Trump is not only ignoring public opinion but expert opinion too. He seems to be taking advice from a very close-knit group, i.e. his daughter Ivanka and son-in-law Jared Kushner. Once again, history is repeating itself. The US position in Asia has weakened and China has not only been able to present itself a more viable alternative ready to assume leadership in the area, but on issues such as climate change, it has even been able to claim the moral high ground. What long term consequences this will have on Sino-American relations and the international order?

Praise for Eisenhower and American Public Opinion on China

“Mara Oliva’s monograph is a timely and original contribution to the historical literature on Sino-American relations. It is thoroughly researched and persuasively argued and should be an essential reading for anyone interested in the Cold War, US foreign policy, public opinion and China.”Dr Robert Barnes, Senior lecturer in History and American Studies, York St John University, UK.

Dr Mara Oliva, lecturer in modern US history at the University of Reading

Eisenhower and American Public Opinion on China is available at: https://www.palgrave.com/gp/book/9783319761947#bibliographic