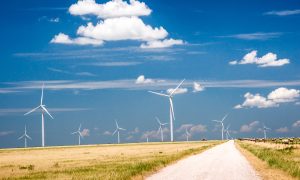 This was an Undergraduate Research Opportunities Programme (UROP) completed by Beth Snyder under the supervision of Mara Oliva and Sophia Hatzisavvidou studying how President Barack Obama’s rhetoric portrayed the issue of climate change. This was the first steps towards a bigger collaborative project in Mara’s wider research project entitled ‘The United States, China, and the New Climate Change Diplomacy’, exploring how the evolution of global climate politics has redefined power relations between the two most influential actors of the 21st century.

During the 6-week project, Beth analysed a total of 41 of Obama’s speeches on energy from 2008 to 2016, collating research on how Obama’s rhetoric portrayed the issue of climate change, presented US plans and policies, and addressed domestic and foreign audiences. Beth examined the figurative language and rhetorical devices Obama used, the structure of his speeches, and his style and tone towards different audiences. There was a particular focus on the way that Obama framed his climate change initiative to appeal to his audiences and five key themes were identified: 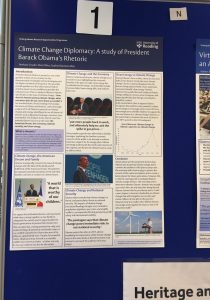 Climate Change and National Security – Obama claimed that climate change was a growing threat to national security, both at home and abroad

Climate Change and Science – Obama framed climate change as a scientific issue in his second term as President.

Beth won the university award for best project under the theme of ‘Heritage and Creativity’, being awarded a place to present the project at the British Conference for Undergraduate Research in Sheffield in April 2018. Mara also won the first UROP supervisor of the year award! They have also presented the project at the annual American Politics Group conference in Oxford in January 2018, and the project report written by Beth is now forming the basis of two articles she is writing with Mara and Sophia 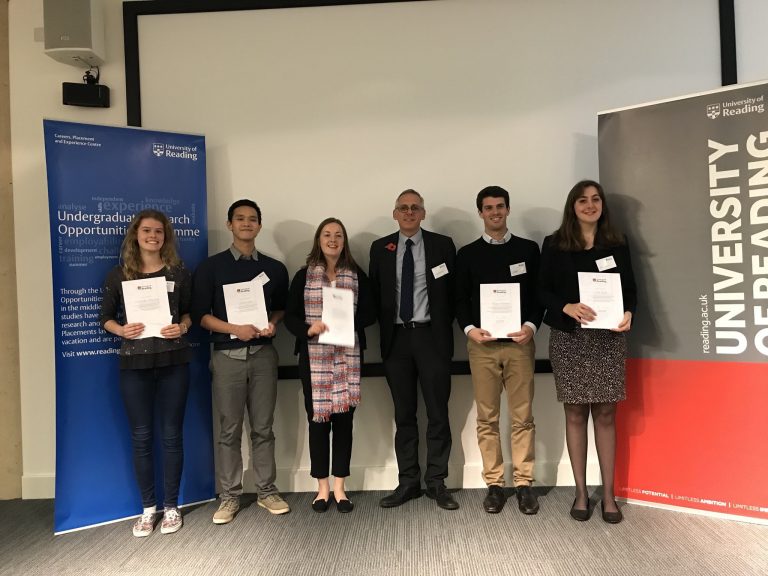 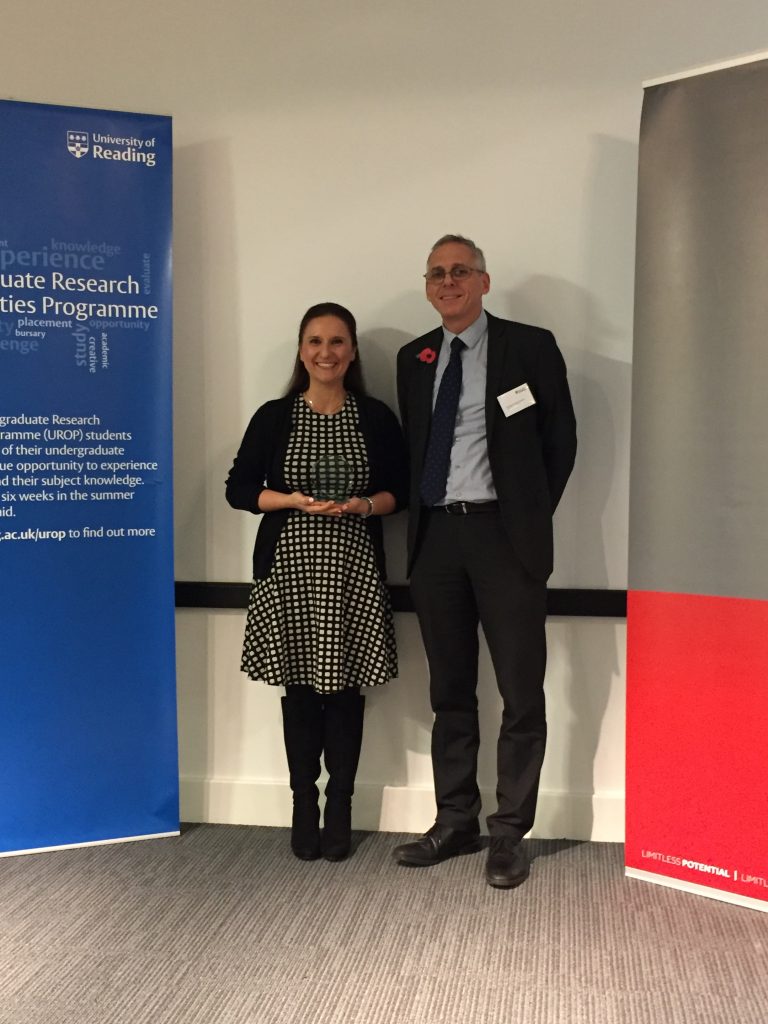 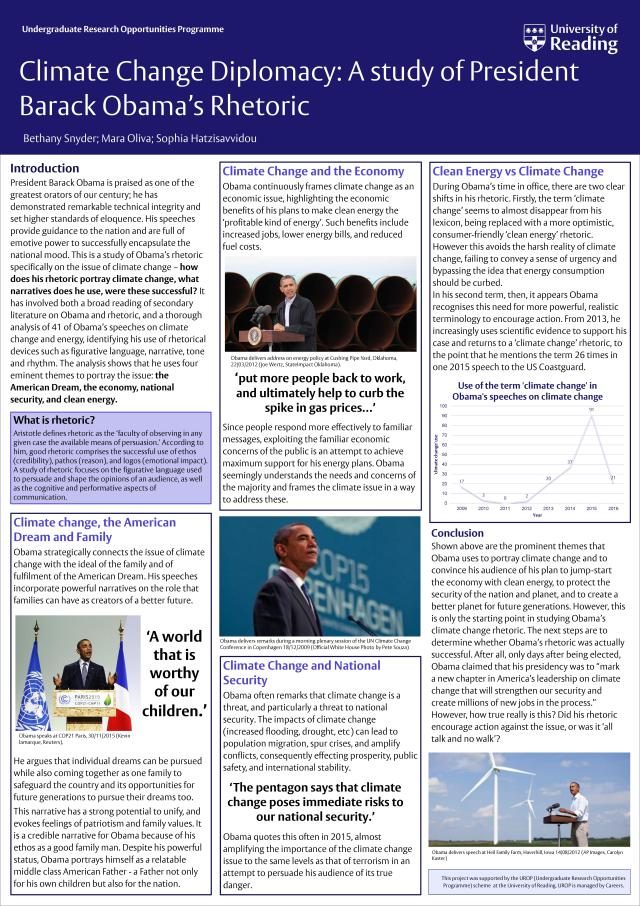 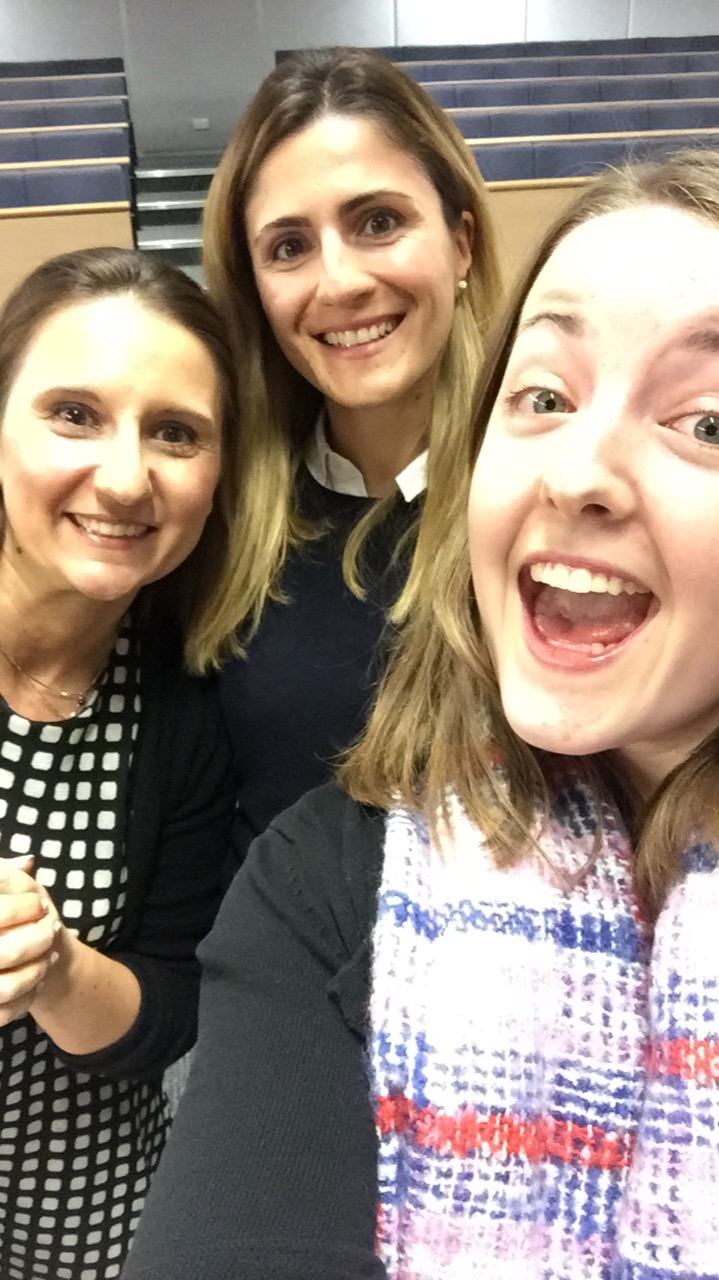