Spies, Civil Liberties, and the Senate: the 1975 Church Enquiry

This research examined the relationship between US public opinion and national security policy, focusing on the role that public opinion played during the Year of Intelligence, the sixteen-month investigation by Congress into alleged domestic abuses by the US intelligence community. The period, between January 1975 and April 1976, saw the innermost secrets of various US intelligence agencies laid bare before the world as a result of televised public hearings and investigative journalism.

The research analyses what both President Gerald R. Ford and Congress defined as public opinion, and how they used such information to shape their strategic decisions concerning national security. The study investigates the way in which Congress responded to public opinion during the creation of the Church Committee, and how great an influence public opinion had on the objectives and methods of the Church Committee investigation. The research also assesses whether the Church Committee fulfilled its obligations to the Senate and the American public and considers the criticism that some contemporaries and academics have levelled at the committee’s chairman, Senator Frank Church of Idaho.

For this PhD Dafydd received funding from: 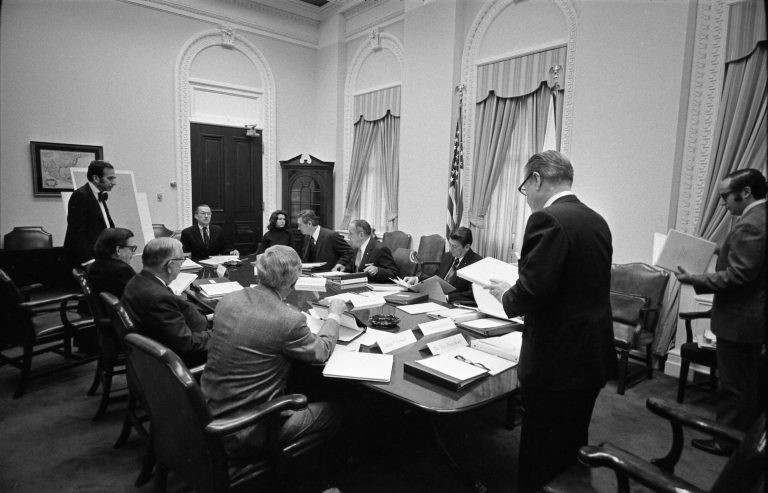 Meeting of the Rockefeller Commission. CIA Director William Colby is sat at the far end of the table near the door. Vice President Rockefeller is stood second left. Future President Ronald Reagan is sat facing the camera to his left. 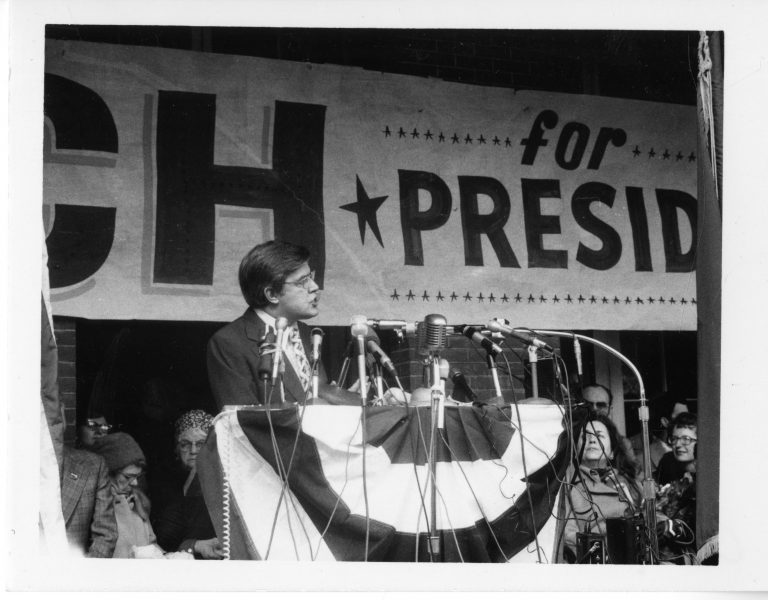 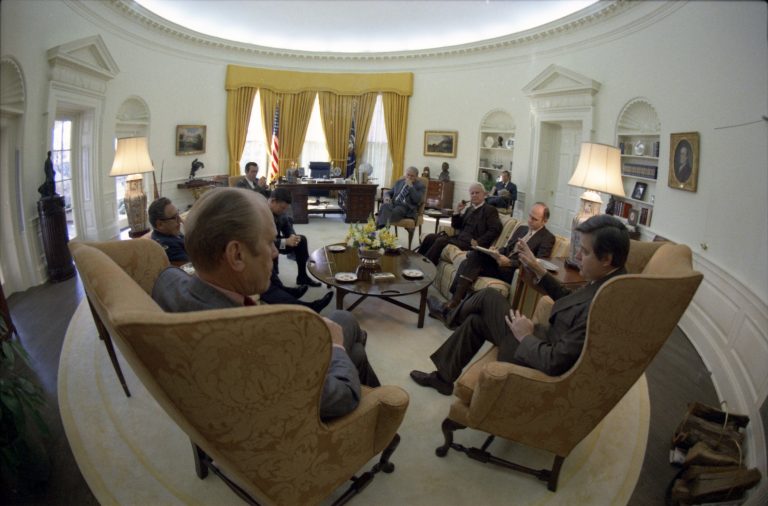 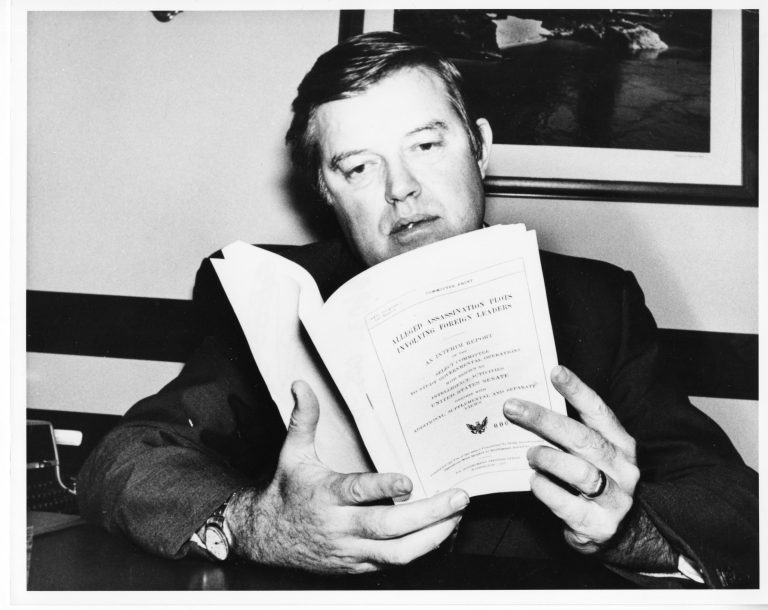 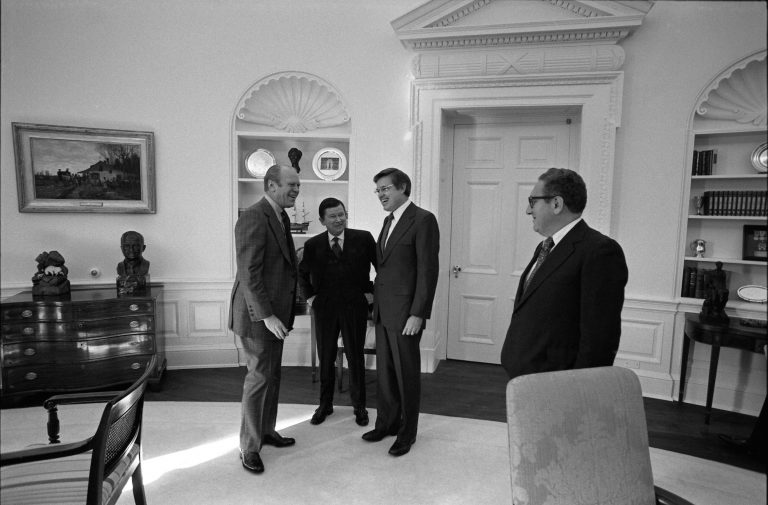