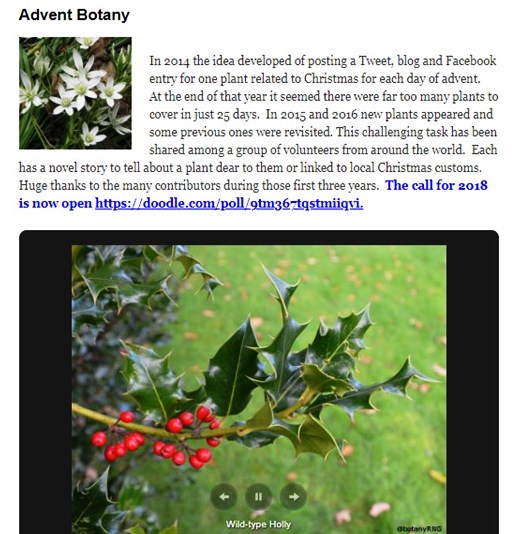 In 2014 the idea developed of posting a Tweet, blog and Facebook entry for one plant related to Christmas for each day of advent.  At the end of that year it seemed there were far too many plants to cover in just 25 days.  In 2015 and 2016 new plants appeared and some previous ones were revisited. This challenging task has been shared among a group of volunteers from around the world.  Each has a novel story to tell about a plant dear to them or linked to local Christmas customs.  Huge thanks to the many contributors during those first three years.

The call for 2019 will open later in the year watch this space and keep an eye on @RNGherb on Twitter.