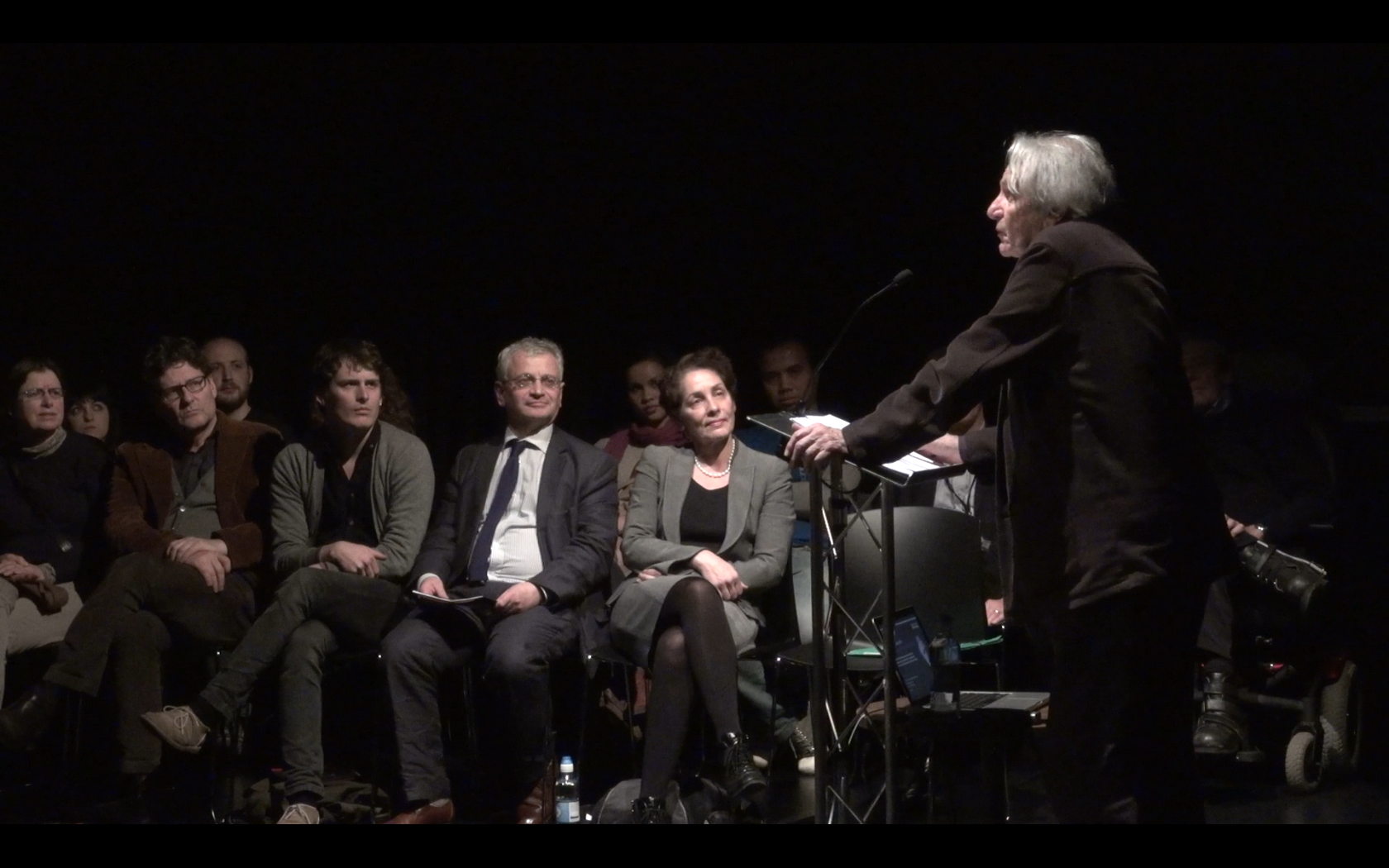 Ars gratia artis, the three words written on the scroll surrounding the head of the roaring lion at the beginning of the MGM movies may sum up the singularity of cinema. Cinema has blurred in many ways the frontiers separating pure art from the activities of the everyday and the forms of popular performance and entertainment. By the same token, it may have questioned the very unity of what we call art. Through examples borrowed from the history of film and from the history of cinephilia I wish to examine some aspects of this subversion of the frontiers of art.

Watch his lecture in the video below:

Watch the Q&A held with CFAC members below:

Jacques Rancière, born in Algiers (1940) is Emeritus Professor at the University of Paris VIII, where he taught Philosophy from 1969 to 2000, and visiting professor in several American universities. His work deals with emancipatory politics, aesthetics and the relationship between aesthetics and politics. His books translated into English include notably: The Ignorant Schoolmaster (1991), Disagreement (1998) , The Politics of Aesthetics ( 2006) , The Future of the Image ( 2007), The Emancipated Spectator ( 2009), Proletarian Nights (2012) and Aisthesis (2013). He has authored three books dedicated to cinema (Film Fables, 2006; Bela Tarr. The Time after, 2013; The Intervals of Cinema, forthcoming, 2014).