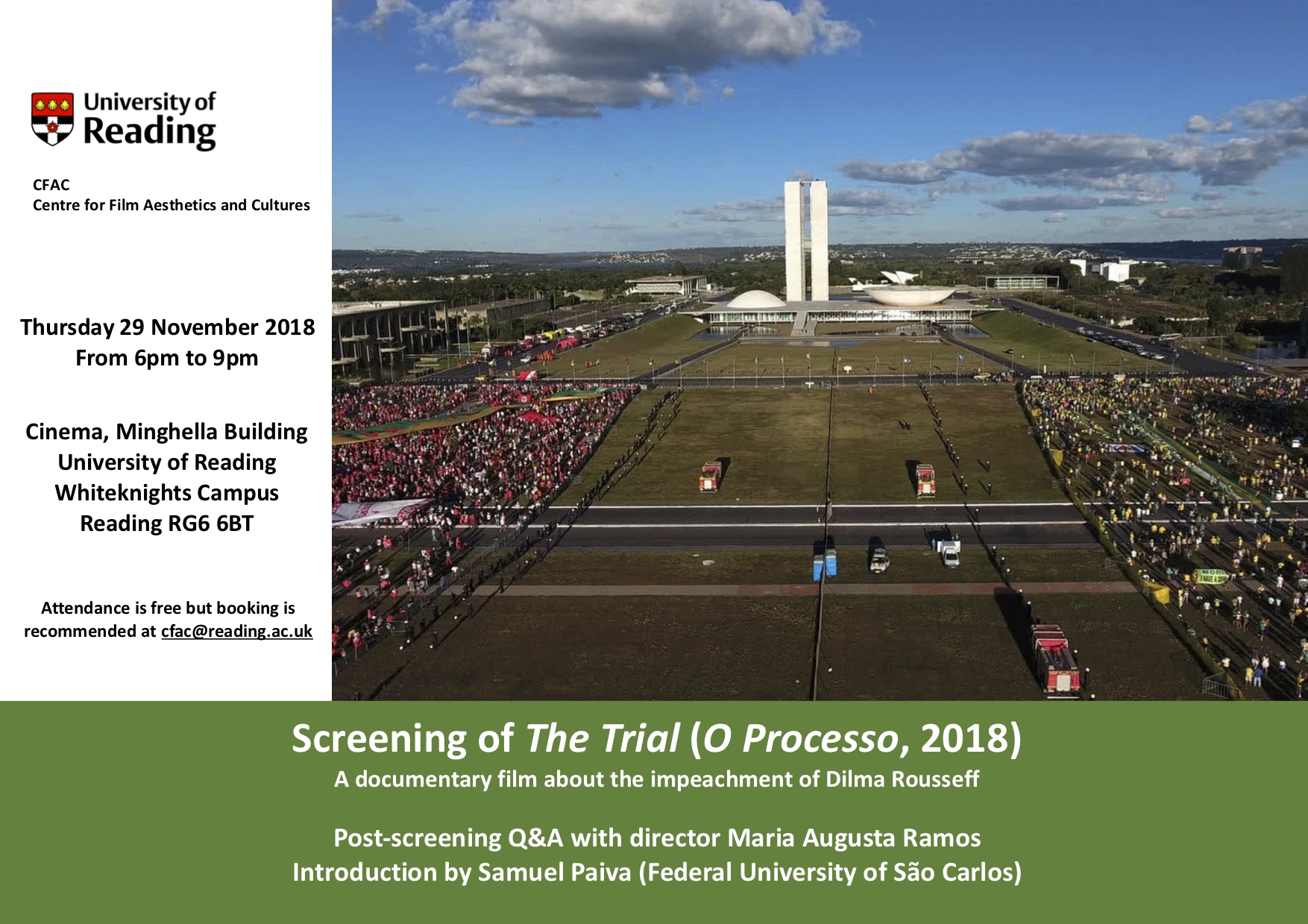 The Centre for Film Aesthetics and Cultures screened the documentary film The Trial (O Processo, 2018), and hosted a post-screening Q&A with director Maria Augusta Ramos and visiting fellow Samuel Paiva (Federal University of São Carlos). The event will took place Thursday 29 November from 6pm to 9pm, in the Minghella Studios Cinema.

The Trial (O Processo) is a documentary film about the impeachment of Dilma Rousseff, Brazil’s first female President. The film portrays the “judicial political” trial, first at the House of Representatives and, then, in the Senate focusing on the President’s Defence Team: her lawyer and a group of senators who struggle to prove the President’s innocence against a majority vote by a Congress riddled with corruption. The Trial was premiered at the 2018 Berlin Film Festival in the Panorama section where it was awarded third prize in the Audience Award.  The film was also awarded the  Grand Prix (Best film) at Festival “Visions du Reel” 2018, Best Film by the jury of the ‘Silvestre’ section and the Audience Award at the Int. Film Festival IndieLisboa, Best Feature Documentary at Documenta Madrid and Best Feature Doc at FIDBA – Buenos Aires Int. Documentary Film Festival.

Maria Augusta Ramos is a prizewinning Brazilian/Dutch documentary maker. She was born in Brasília, Brazil in 1964 and graduated in documentary film at the Netherlands Film and Television Academy in Amsterdam. She has taken on the addled Brazilian Justice system in her awarded films Justice (Justiça, 2004), Behave (Juízo, 2007) and Hill of Pleasures (Morro dos Prazeres, 2013). In 2013, the Board of the Helsinki Foundation for Human Rights awarded her the Marek Nowicki Prize for her body of work and excellent achievement in showing human rights in film.