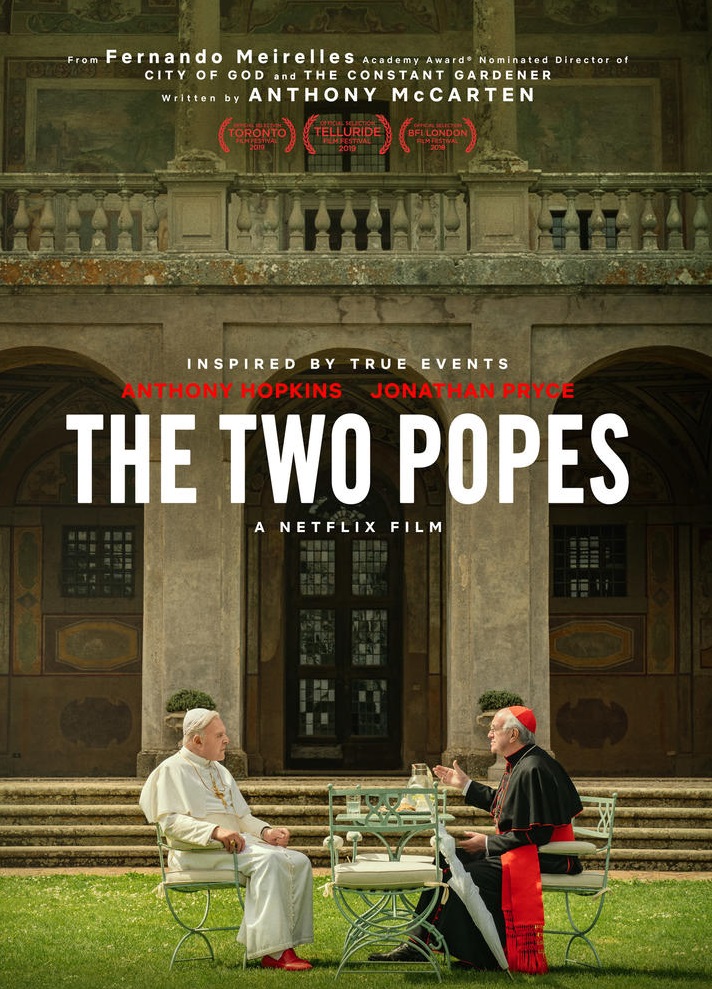 We are delighted to confirm attendance of internationally renowned film director Fernando Meirelles (City of God, The Constant Gardener, Blindness) at the University of Reading on Wednesday 9th October. The programme includes an exclusive screening of his latest film for Netflix, The Two Popes, starring Anthony Hopkins and Jonathan Pryce, at 3 pm in Palmer Building G10, with an introduction by the director. The film screening will be followed by a Masterclass with Fernando Meirelles at 6 pm in the Van Emden Theatre, Edith Morley Building, where he will enlighten the audience on the editing and other aspects of the film. A chance of a lifetime, no doubt!

This event is being sponsored by CFAC (Centre for Film Aesthetics and Cultures), Department of Film, Theatre & Television (FTT) and the Reading Film Theatre (RFT), at the University of Reading.

The Two Popes Synopsis:
From Fernando Meirelles, the Academy Award-nominated director of “City of God,” and three-time Academy Award-nominated screenwriter Anthony McCarten, comes an intimate story of one of the most dramatic transitions of power in the last 2,000 years. Frustrated with the direction of the church, Cardinal Bergoglio (Jonathan Pryce) requests permission to retire in 2012 from Pope Benedict (Anthony Hopkins). Instead, facing scandal and self-doubt, the introspective Pope Benedict summons his harshest critic and the future successor to Rome to reveal a secret that would shake the foundations of the Catholic Church. Behind Vatican walls, a struggle commences between both tradition and progress, guilt and forgiveness, as these two very different men confront elements from their pasts in order to find common ground and forge a future for a billion followers around the world. 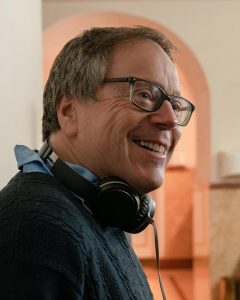 Fernando Meirelles is a director, producer, and screenwriter. In the 1980s, as an architecture student at the University of São Paulo, Meirelles started making video art with a group of friends. Eventually, the group formed Olhar Eletrônico, an independent production company that produced various programs for Brazilian TV 10 happy years.

In the 90s, Meirelles transitioned to directing commercials. He received several Clio and Lions de Cannes Awards and became one of the top names in the market. During this period, he also directed 180 episodes of Ra Tim Bum, a show for young children whose popularity eventually spawned its own channel on TV Cultura, Ra Tim Bum TV.

After a decade, Meirelles felt it was time to move on to features, a long-held passion of his. In 2000, with Nando Oliva, Meirelles co-directed the film Maids in preparation for a more ambitious project, City of God (2002) which went on to receive more than 50 international awards and was nominated for four Academy Awards, including Best Director. For the last 20 years, Meirelles has split his time between directing international features and TV series in Brazil. The Constant Gardener (2005), Meirelles’ follow-up to City of God, received four Academy Awards nominations and three Golden Globe nominations. In 2008, his film Blindness opened the Cannes Film Festival. And, in 2011, his film 360 opened the London Film Festival. In the same period, he directed several series for TV Globo and HBO.

In addition to cinema, Meirelles directed Bizet’s Pearl Fishers and was one of the directors of the opening ceremony for the 2016 Olympic Games in Rio de Janeiro.

In 2019, Meirelles will release The Two Popes for Netflix and is currently filming a scientific documentary on the soil. He’s also one of the partners of O2 Filmes, a group of production companies that oversees all facets of production from development to distribution, including international co-production and post-production facilities.

Meirelles is also an avid farmer. He plants sugar cane, coffee, palm heart, avocado, and mahogany. He continually tries to develop ways to produce organically in large scales. Agroforest is his best bet. In the next few years, Meirelles plans to be involved in projects related to the environmental crisis brought about by climate change.