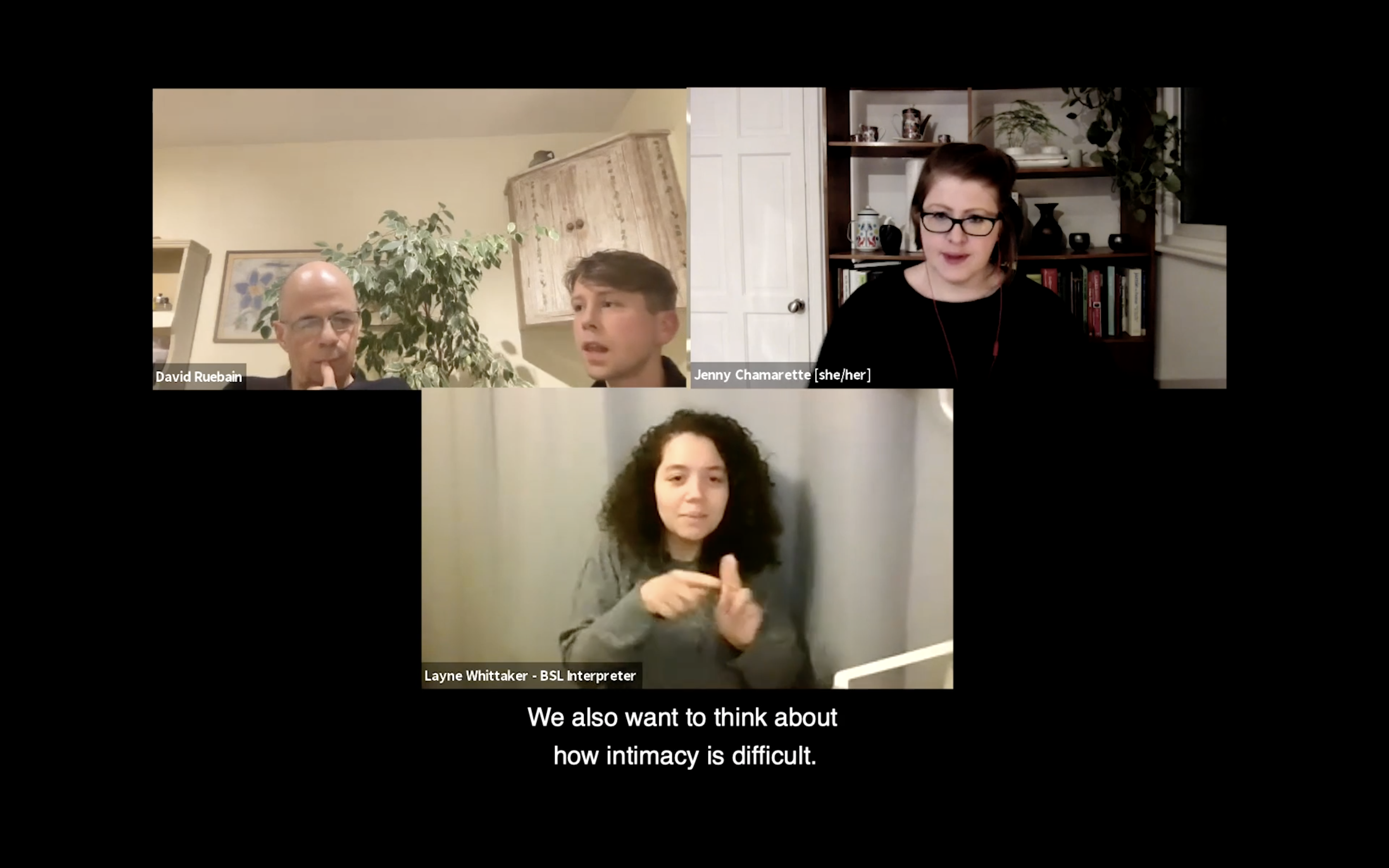 Watch the recording of the discussion on Vimeo

Face of Our Fear began with an introduction and communal viewing at 7pm on Friday 5 March, followed by a discussion on accessibility, interdependence and care from 8pm featuring David Ruebain and Yates Norton and chaired by Jenny Chamarette.

Face of Our Fear has open captions, and the live discussion was BSL interpreted and live captioned. The discussion recording lasts 60 minutes.

References mentioned in the introduction:

LUX X CFAC presents Dwoskin, disability, and…accessibility: Face of Our Fear as part of the AHRC-funded project, The Legacies of Stephen Dwoskin.

This is the first in a series of rare screenings and discussion events exploring the experimental filmmaker Stephen Dwoskin’s complex relationships with disability, accessibility, care, illness, and sexuality.

To view the original listing on our Events page, click here

1 comments on “Dwoskin, disability, and…accessibility: Face of Our Fear”