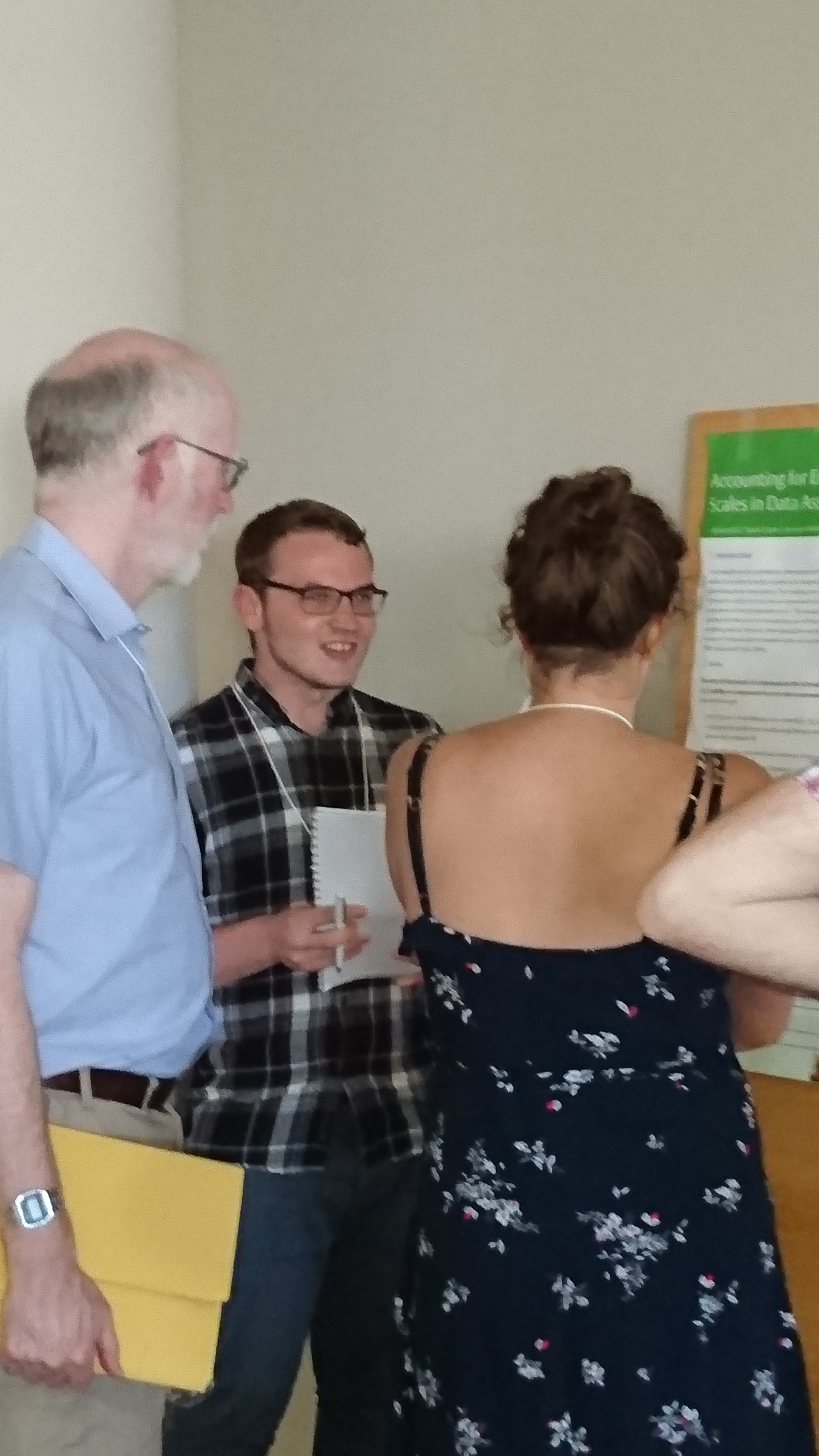 This summer I was fortunate enough to receive funding from the DARE training fund to attend the 11th workshop on sensitivity analysis and data assimilation in meteorology and oceanography. This workshop, also known as the adjoint workshop, provides academics and students with an occasion to present their research of the inclusion of Earth observations into mathematical models. Due to the friendly environment of the workshop, I was presented with an excellent opportunity to condense a portion of my research into a poster and discuss it with other attendees at the workshop.

Data assimilation is essentially a way to link theoretical models of the world to the actual world. This is achieved by finding the most likely state of a model through observations of it. A state for numerical weather prediction will typically be comprised of variables such as wind, moisture and temperature at a specific time. One way to assimilate observations is through the Kalman Filter. The Kalman Filter assimilates one observation at a time and through consideration of the errors of our models, computations and observations we can determine the most probable state of our model and use this state to better model or forecast the real world.

It goes without saying that a better understanding of the errors involved in the observations would lead to a better forecast. Therefore, research into observation errors is a large and ongoing area of interest. My research is on observation error due to unresolved scales in data assimilation which can be broadly described as the difference between what an observation actually observes and a numerical model’s representation of that observation. For example, an observation taken in a sheltered street of a city will have a different value than a numerical model of that city unable to individually represent the spatial scales of each street. To utilize such observations within data assimilation, the unresolved spatial scales must be accounted for in some way.  The method I chose to create a poster for was the Schmidt-Kalman Filter which was originally developed for navigation purposes but has since been the subject of a few studies within the meteorology community on unresolved scales error.