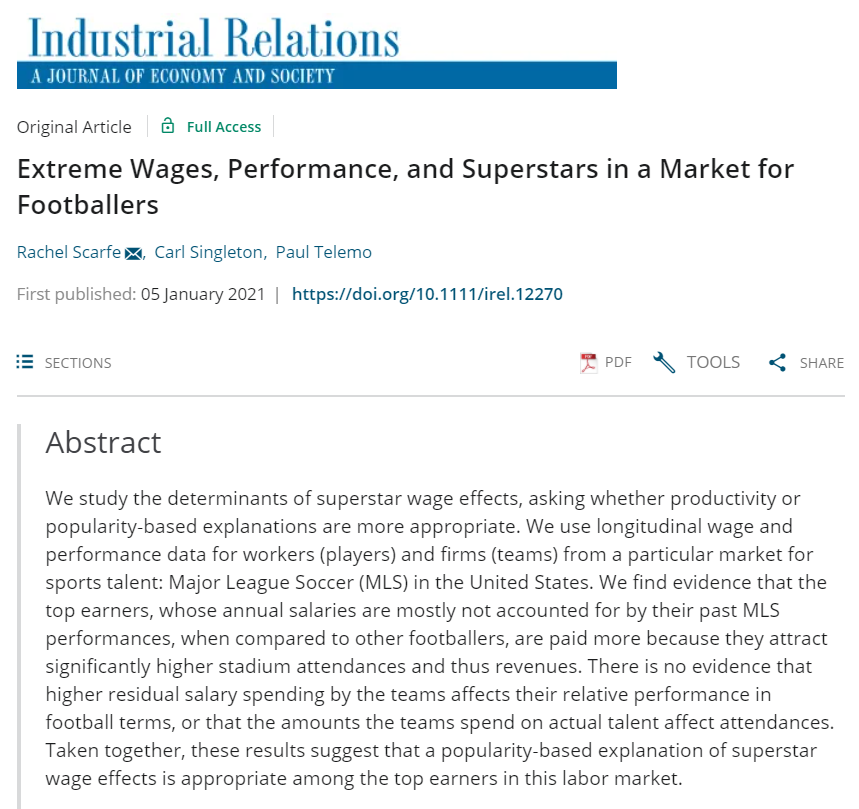 Carl Singleton, member of the Football Research Group, has his latest research on the football labour market published in Industrial Relations. This was joint work with The University of Edinburgh’s Rachel Scarfe and Paul Telemo.

We study the determinants of superstar wage effects, asking whether productivity or popularity‐based explanations are more appropriate. We use longitudinal wage and performance data for workers (players) and firms (teams) from a particular market for sports talent: Major League Soccer (MLS) in the United States. We find evidence that the top earners, whose annual salaries are mostly not accounted for by their past MLS performances, when compared to other footballers, are paid more because they attract significantly higher stadium attendances and thus revenues. There is no evidence that higher residual salary spending by the teams affects their relative performance in football terms, or that the amounts the teams spend on actual talent affect attendances. Taken together, these results suggest that a popularity‐based explanation of superstar wage effects is appropriate among the top earners in this labor market.