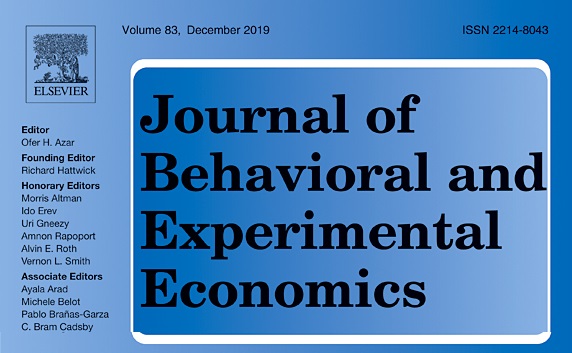 Members of the Football Research Group, James Reade and Carl Singleton, along with the University of East Anglia’s Alasdair Brown, will have their latest research on the behaviour of everyday football tipsters published in Journal of Behavioral and Experimental Economics, for a Special Issue on “Behavioral Economics and Decision Making in Sports”.

This paper studies 150 individuals who each chose to forecast the outcome of 380 fixed events, namely all football matches during the 2017/18 season of the English Premier League. The focus is on whether revisions to these forecasts before the matches began improved the likelihood of predicting correct scorelines and results. Against what theory might expect, we show how these revisions tended towards significantly worse forecasting performance, suggesting that individuals should have stuck with their initial judgements, or their ‘gut instincts’. This result is robust to both differences in the average forecasting ability of individuals and the predictability of matches. We find evidence this is because revisions to the forecast number of goals scored in football matches are generally excessive, especially when these forecasts were increased rather than decreased.