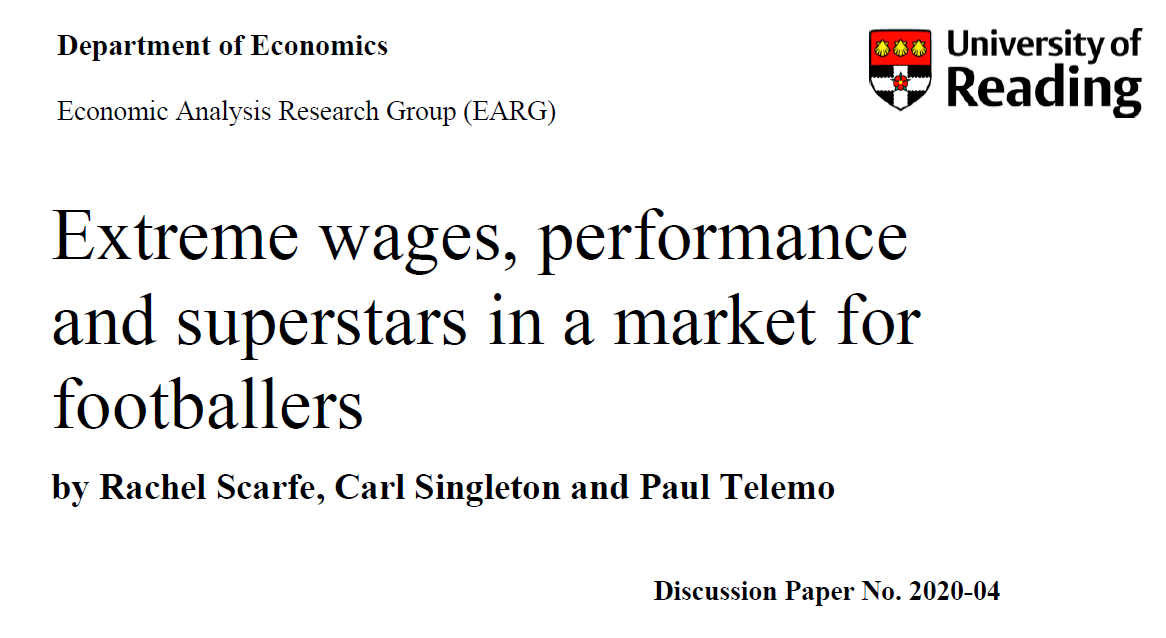 The Football Research Group has just produced its latest research paper from one of its projects, through member Dr Carl Singleton. It has been published as a working paper in the Department of Economics Discussion Papers series, and is joint work with economists at the University of Edinburgh, Rachel Scarfe and Paul Telemo.

Using longitudinal wage and performance data for workers (players) and firms (teams), the study looks at the sources of superstar wage effects in a particular market for sports talent: Major League Soccer in the United States. The top earners, whose annual salaries are mostly not accounted for by their past MLS performances, when compared alongside other footballers, are paid more because they attract significantly higher stadium attendances. There is no evidence that high residual salary spending by teams affects their relative performance in football terms, or that the amount teams spend on actual talent affects attendances. Taken together, these results suggest that a popularity-based explanation of superstar wage effects is appropriate among the top earners in this labour market.

Read more about it and view other Department of Economics Discussion Papers here.