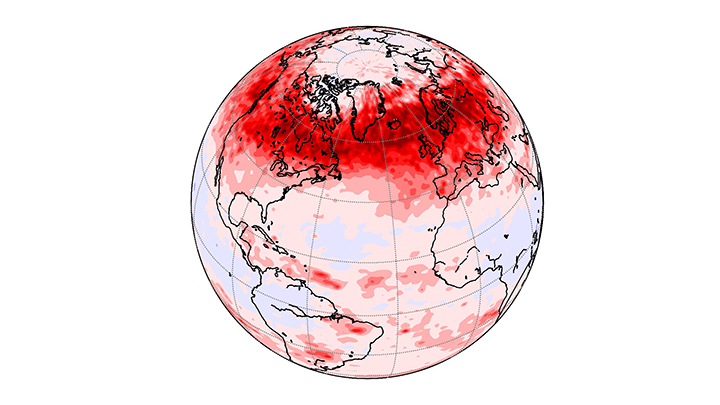 Atmospheric turbulence is the leading cause of in-flight injuries to air travellers and flight attendants.  Tens of thousands of aircraft encounter severe turbulence annually, injuring hundreds of people and causing structural damage to planes.  For example, a typical airline loses over 7,000 working days annually, due to flight attendants being injured by turbulence and unable to work.  In addition to causing in-flight discomfort and injuries, turbulence often necessitates unplanned flight diversions, which add to journey times and increase fuel burn and emissions.  Turbulence also contributes to the fear of air travel (aviophobia), which reportedly affects up to 40% of the population to some degree.  In total, turbulence is estimated to cost the global aviation sector around one billion dollars annually.

Climate change is thought to be strengthening clear-air turbulence, which is a particularly hazardous form of turbulence, because it is undetectable by on-board radar and invisible to the human eye.  However, our current knowledge of this trend is based on the previous generation of climate model simulations, which are increasingly outdated and whose spatial resolution is relatively low.  Furthermore, the response of turbulence in clouds (which is called convective turbulence) to climate change has not previously been studied.  This is surprising, because warm air rising turbulently within a cloud is also a major hazard to aircraft and is likely to depend on climate.

The student will work closely with our high-resolution climate modelling group, and will thereby gain access to a new set of high-resolution climate change simulations prepared for the next Intergovernmental Panel on Climate Change (IPCC) report.  As well as the results being of great academic interest from an atmospheric dynamics perspective, they will also be of direct interest to the commercial aviation sector, leading to a high non-academic impact. 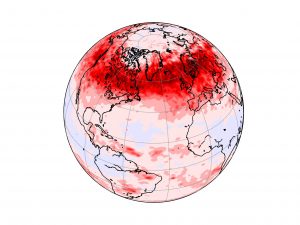 More turbulence in the jet stream: red areas in this figure indicate that there will be several hundred percent more clear-air turbulence later this century because of climate change.  From Storer, Williams and Joshi (2017).

The student will be encouraged to attend the NCAS Climate Modelling Summer School, organized biennially by NCAS at the University of Cambridge. In addition to training through SCENARIO and the Department of Meteorology, NCAS also conducts short courses that may be beneficial (https://www.ncas.ac.uk/en/education-and-training-home).

This project would be suitable for students with a degree in physics, mathematics, or a closely related environmental or physical science.