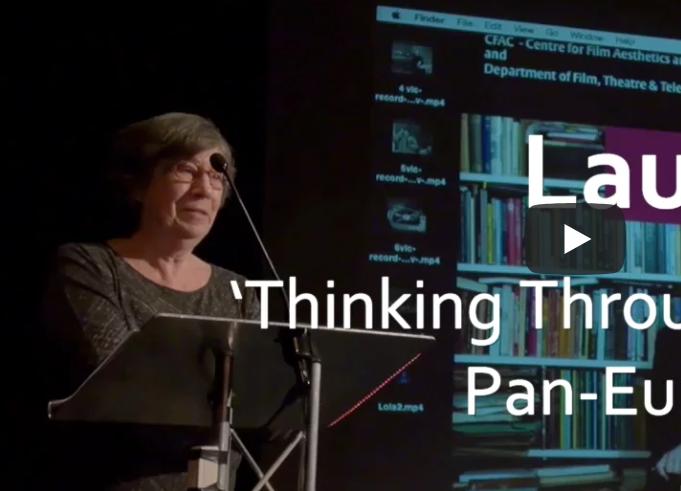 Abstract: Max Ophuls succeeded in developing and maintaining his own signature cinematic style across his difficult, peripatetic career. While La signora di tutti, made in Italy in 1934, is an early, but supremely confident, example of his well known extended travelling shots, it is also remarkable for his experiments with sound. Thematically, the film brings together some key Ophulsian motifs: the juxtaposition between love and death, the figure of the woman as object of commodity exchange and display (in this case in the context of the film industry), and opposing types of masculinity. Ophuls is a great director of melodrama; I would like to discuss his style and his themes in memory of my very first experiences of teaching melodrama at Bulmershe College in the early 1980s.

Laura Mulvey is Professor of Film at Birkbeck College, University of London and Director of the Birkbeck Institute for the Moving Image. Her publications include: Visual and Other Pleasures (1989, 2nd edition 2009), Fetishism and Curiosity (1996 2nd edition 2013), Citizen Kane (1996 2nd edition 2012), Death Twenty-four Times a Second: Stillness and the Moving Image (2006); Forthcoming, co edited with Anna Backman Rogers, Feminisms: Diversity, Difference and Multiplicity in Contemporary Film Culture (Amsterdam University Press 2015). In the 1970s and early 1980s she co-directed six films with Peter Wollen including Riddles of the Sphinx (BFI, 1978; dvd release 2013) and Frida Kahlo and Tina Modotti (Arts Council 1981). With artist/filmmaker Mark Lewis she has co-directed Disgraced Monuments (Channel 4 1994) and 23 August 2008 (2013).