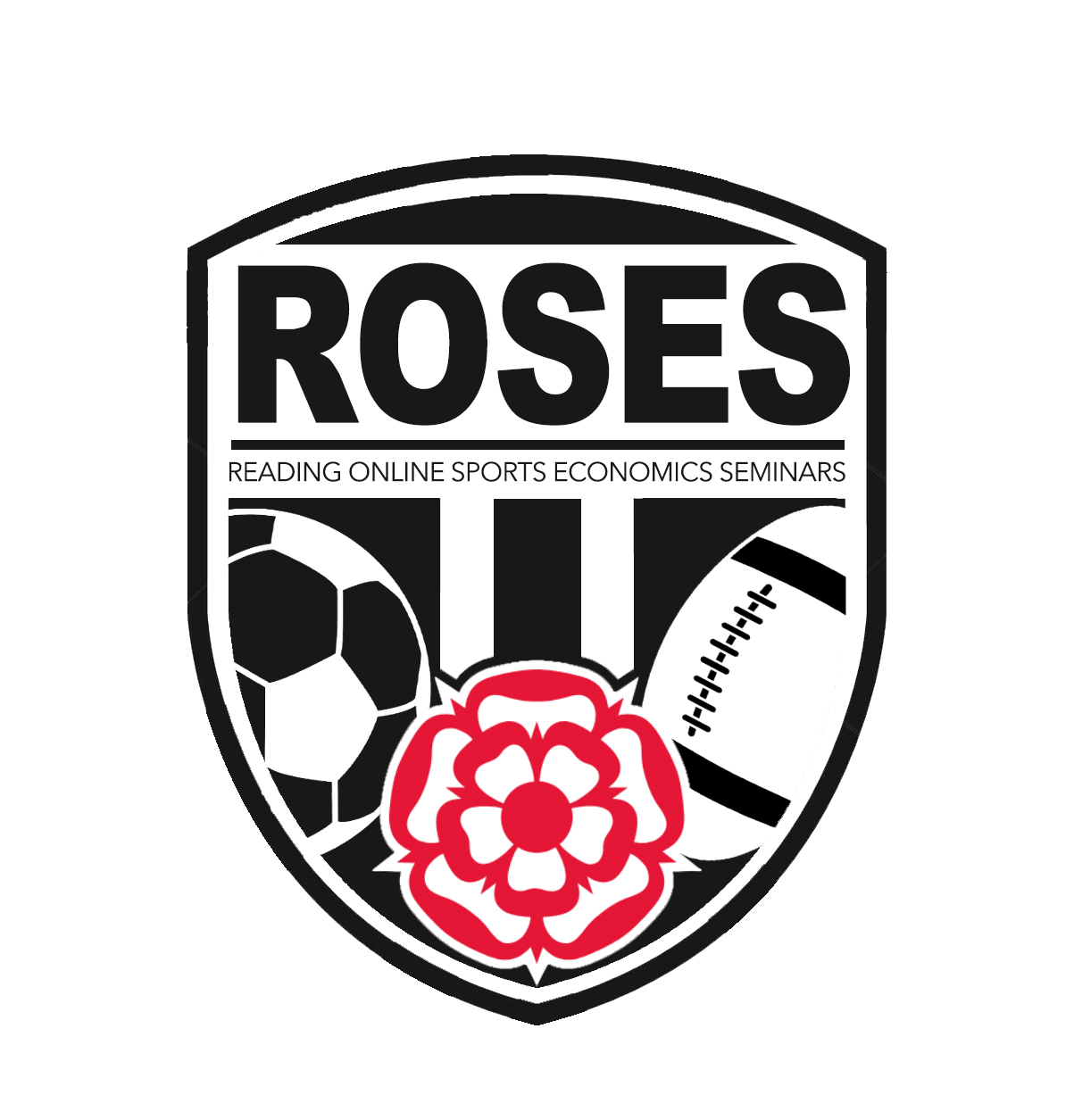 An online series of sport economics seminars, organised by James Reade (@jjreade), Carl Singleton (@csingletonecon) and Adrian Bell, part of the Football Research Group at the University of Reading.

All Seminars take place on Fridays at 2:30-4pm, UK time, on Microsoft Teams (see programme and past recordings below, also on YouTube).

May 1: Ruud Koning, University of Groningen, “Wrapping up the Leagues”.

May 22: Jamin Speer, University of Memphis, “The Consequences of Relegation and Promotion in European Soccer Leagues: A Regression Discontinuity Approach”

May 29: Johan Rewilak, Aston University, “The designated player policy rule and attendance demand in US Soccer”

May 29 Johan Rewilak, Aston University, “The designated player policy rule and attendance demand in US Soccer”

July 3, Dmitry Dagaev, Higher School of Economics, “Strategic Broadcasting of a Championship: to Earn More from Ads or to Incentivize Subscription?”

July 17, 3:30pm Daniel Weimar, University of Duisburg-Essen, “Against the Main Stream: Field Evidence on a Positive Link Between Media Consumption and the Demand for Sports Among Children”.

July 31, 3:30pm Vincenzo Alfano, University of Napoli Federico II, “In hoc signo vinces:  An exploratory study on the impact of religion on violence in sport”.

October 2, Stefan Szymanski, University of Michigan, “On the incidence of an ad valorem tax: the adoption of VAT in
the UK and cost pass through by English football clubs”.

October 9, James Reade, University of Reading, “Mass Outdoor Events and the Spread of a Virus: English Football and C-19”.