We undertake a variety of applied research using state of the art econometric techniques and a broad set of datasets for the UK, other developed and developing countries.  We focus on a number of topical issues as well as drawing on historical events using both micro and macro approaches.  Our current focuses are: 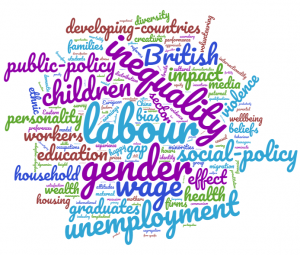