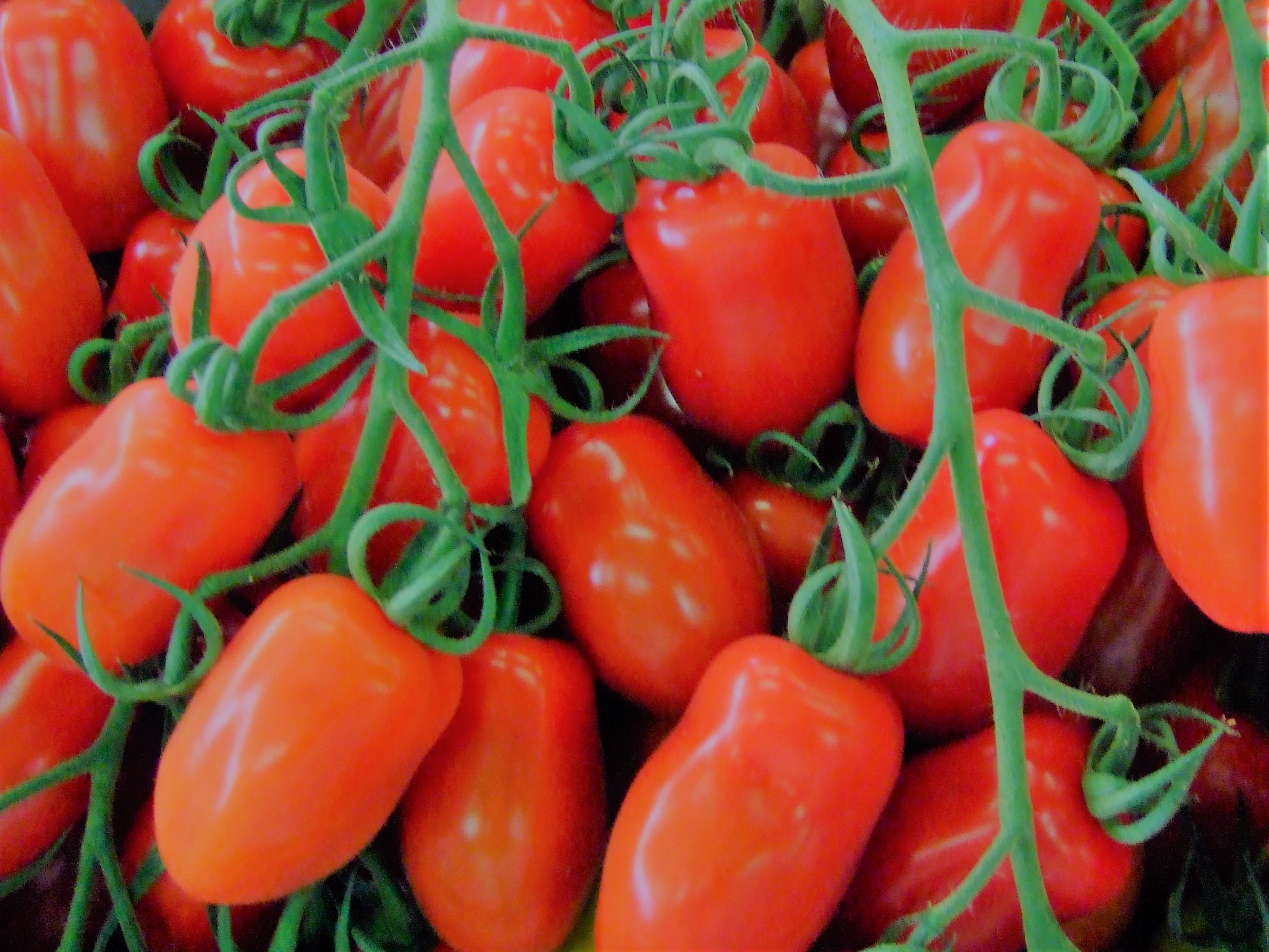 “Inside the Factory” this week, Cherry Healey catches up with Lisa Methven, Professor of Sensory Science at the University of Reading, in a greenhouse in Evesham to find out why tomatoes are an essential part of pizza toppings (from 17.30 min onwards).

Tomatoes all contain a naturally occurring compound called glutamate which gives them that umami or savoury taste. Glutamate, is also an extremely good flavour enhancer, especially when you mix it with other savoury ingredients e.g. mushroom, cheese, pepperoni, onion. This produces a synergy and a real boost of overall flavour.

Something interesting we discovered a few years’ ago, is the fact that the juicy insides of the tomato which contains the seeds, contains more glutamate than the outer fleshy part. This study also showed that plum tomatoes tended to have more glutamate than ordinary salad tomatoes (one reason why plum tomatoes are the varieties used in cooking for soups, sauces and pizza toppings).  And we also know that glutamate increases with ripening so it’s important to use the reddest ripest tomatoes.

The role of glutamate and other naturally occurring taste enhancers is increasingly important as the drive for lower salt and “no MSG” both compromise flavour. Careful selection of glutamate rich ingredients helps to boost flavour perception.  Lisa has used tomato extracts, as well as other umami enhancing ingredient, to successfully enhance the taste of cottage pie for older hospital patients.

And who doesn’t put a squeeze of tomato paste or tomato ketchup into soup or stew that’s a bit bland? – it works! A touch of tomato and a slug of Lea and Perrins go along way!

To find out more about our consultancy services for business contact: