A Meditation on the 100th Anniversary of Armistice Day: The Soldier Returns

“Here is the room of my childhood,

which I re-arrange constantly,

and which is constantly dying.

Along with its occupants, of course.

The occupants are my family.” 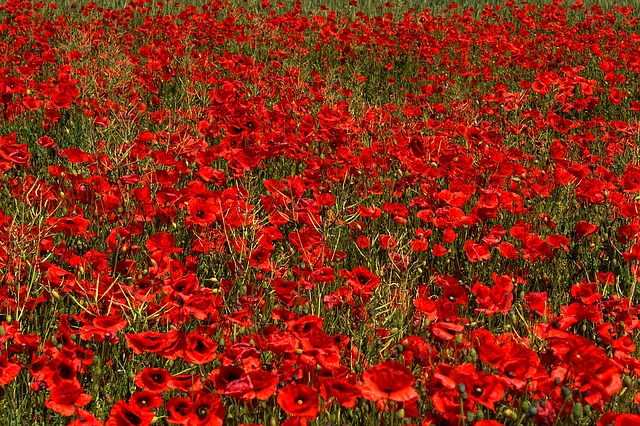 On the 16th of April 1915, days before the first poisoned gas attack was launched near Ypres, Tadeusz Kantor, theatre maker and visual artist, was born in Wielopole Skrzyńskie, a small town located 300 kilometres east of Poland’s ancient capital, Kraków.

Then, Wielopole was in Galicia, part of the Austro-Hungarian Empire and the artist’s mother Helena moved there to avoid the turmoil of war. However, in 1915, the town found itself in the direct line of fighting between Russian and German troops during the Gorlice-Tarnów offensive on the Eastern Front.

In 1914, Tadeusz’s father, Marian, had been drafted into the Austro-Hungarian army, one of around two million Poles who fought in WWI. Later, he transferred to the Polish Legions organised by Józef Piłsudski, who assumed his role as Polish Chief of State on 11th November 1918, marking restoration of the country’s sovereignty after 123 years of partitions. As First Marshal of the Second Polish Republic, Piłsudski then led his country in the Polish-Soviet war; a conflict causing widespread political turbulence, not least in Britain, particularly when in 1920 the British government announced it would be sending military supplies to Polish troops fighting against Bolshevik forces.

Following Armistice Day and Piłsudski’s move to government, Helena may have anticipated reunion with Marian. This did not occur. It was not that Marian lost his life during WWI. In fact, he died in Auschwitz-Birkenau concentration camp in 1942, arrested as a member of the underground Union of Armed Struggle. In 1918, instead of returning to his family, Marian went on to participate in an uprising in Silesia. Afterwards, he settled there, with a new partner. He did return from battle but not to Tadeusz and Helena.

Tadeusz himself died in 1990, after the fall of the Berlin Wall. Given the complex political circumstances shaping his creative practice, it is unsurprising that throughout it, figures of soldiers recur. For example, in 1944 in Nazi-occupied Kraków he formed the clandestine Independent Theatre, which regularly changed venue to minimize risk of arrest. Its second production was Stanisław Wyspiański’s 1907 play The Return of Odysseus, in which the Greek Odysseus is presented as a traitor. Kantor reconceived him as a German soldier returning from the recent battle at Stalingrad.

The Theatre of Death

In the mid-1970s, Kantor developed the Theatre of Death with his internationally lauded avant-garde company Teatr Cricot 2. The five productions they devised were partly concerned with how live performance might ethically and critically encompass the workings of traumatic memory. In 1980, Kantor created a production inspired by his birthplace, entitled Wielopole, Wielopole. The poster design featured an early 20th century photograph depicting the church where Tadeusz was baptized. Close to the church had stood a synagogue serving the town’s Jewish majority, all of who were deported or killed during WW2. In Wielopole, Wielopole, figures from Kantor’s childhood ‘return’, his “dear absent ones”; rabbi, priest, mother, grandmother, uncles and father. Actors recreate a WW1 photographic formation, with Marian Kantor seated in the front row of a group of uniformed army recruits; in a coup-de-théâtre, a daguerreotype camera becomes a machine gun.

In the Theatre of Death performances, Kantor did not necessarily absent himself from the ‘stage space’ as directors conventionally might. Recordings show him moving stage objects, opening entrance doors, and addressing those actors who embody his deceased family members; thus, Tadeusz and Marian can be ‘co-present’ in Kantor’s theatre, the “room of his childhood”, and time ‘dissolve’. Wielopole, Wielopole toured internationally, but in 1983 was also staged in the church in Wielopole, then located in southeastern Poland.

Kantor’s preoccupation with the mechanisms of memory and the relationship between the living and the dead persisted. In 1990, the year of his death, in a manuscript that reflects on his experience of dealing creatively with legacies of conflict, Tadeusz Kantor wrote:

A real action. Let us assume so.

I have decided to move in and live on-stage –

I have here my bed, my table,

my chair and, of course, my paintings […]

The boundary between the stage and the auditorium

is the victory line,

not to be crossed over,

not to be conquered.

This world of collective

at this Maginot line.