How the Cole Museum of Zoology came into being

The Cole Museum of Zoology at the University of Reading was founded by Professor Francis Joseph Cole in the early 20th century.  It primarily focuses on comparative animal anatomy and is home to thousands of specimens, including taxidermy, skeletons, fluid-preserved dissections, fossils and casts, to name just a few examples. Professor Cole was an important figure in early 20th century zoology and, demonstrating just how extensive and varied his specimens are, BSc Zoology is still taught using his collection.

The Cole Museum of Zoology is currently based in the AMS building on Whiteknights campus, with around 15% of the collection on display to the public and the rest in laboratories or in storage, most of it viewable by request. The Museum has been housed there for nearly 50 years after moving with the rest of the Zoology department in 1971. However, in 2019 it is to migrate again. A space has been specially earmarked for the Museum in the foyer of the brand-new Health and Life Sciences building. In its new home, the Museum will be a centrepiece of the building, greeting students and visitors as soon as they walk in. 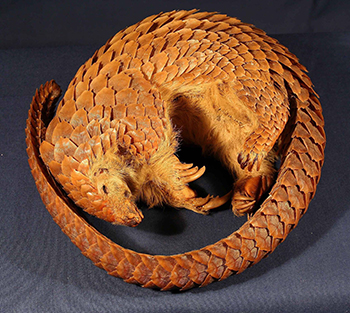 The logistics of moving over 7000 specimens – some of which are extremely delicate – are tricky, and the costs are high. The cost of moving and reassembling Norman the elephant alone will be around £3650. The University has provided funds for 20 new display cases, but more is needed to ensure the integrity of the collection is preserved. Each specimen must be measured, photographed, recorded, a note made of its current location, then packed and transported with great care, with its final destination in the new building already allocated.

The challenges of the move are considerable, but with an expert team and with the backing of the Museum’s supporters, the inhabitants of the Cole Museum are gearing up for the move, which will herald a new chapter in their long and illustrious career. Follow their progress on Twitter via @ColeZoology or via the account dedicated specifically to the big move, @ColeMM2019.

You can read a the full history of the Cole Museum, written by Associate Professor of Zoology and Cole Museum curator Dr Amanda Callaghan, here.