Silence, a new work by award-nominated playwright Nicola Werenowska will be shown at the University of Reading‘s Minghella Studios this November.

The inter-generational play, set in London in 1996, explores the effects of the Soviet war, generation to generation, on Polish families, and has been described as “hauntingly beautiful”.

The original press release about the cast and UK tour dates is below: 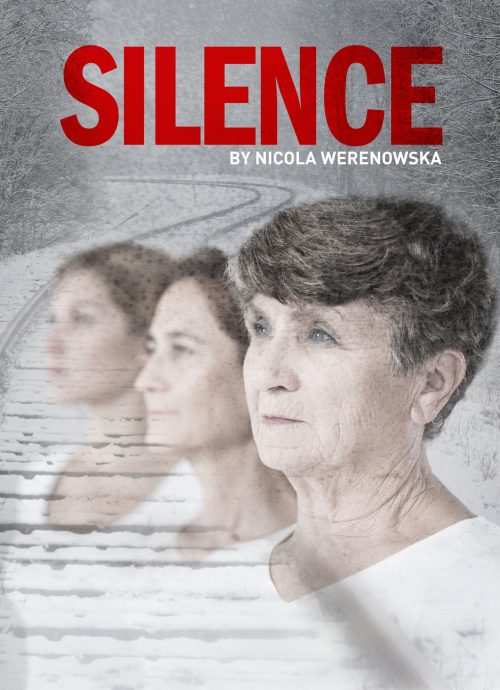 Runner-up of the inaugural Mercury Theatre playwriting prize with her play Hidden, Nicola Werenowska is soon to debut her latest work at the Mercury before it embarks on a UK tour.

Today the Mercury Theatre, Wiltshire Creative and Unity Theatre announce full casting for Silence, a three-hand play exploring the inter-generational effects that the Soviet war has had on Polish families. Playing Maria is Tina Gray, Ewa will be played by Kate Spiro and Anna by Maria Louis.

“Silence is the play I’ve wanted to write for 20 years. To give voice to a wartime Polish generation whose stories of deportation and displacement were written out of history, silenced by the fearful West, buried deep within families. And to give voice to those 2nd and 3rd generation Poles, trying to unravel the past, trying to make sense of who they are. As the wartime generation breathes its final breaths, as nationalism is on the rise across Europe, as prejudice against the Polish community surfaces here in the UK – now is the time to tell this story.”

What holds families together? What tears them apart? What’s brewing in the silences?

Nicola Werenowska’s funny and fascinating new play hurtles between Warsaw and London over two decades and three generations of a Polish/British family.

“Nicola’s plays cover such important topics and Silence is no different. We are thrilled to be working alongside Wiltshire Creative and the Unity Theatre to take this production on tour to audiences across the UK. We have already seen, through our audition process, how this subject resonates with people whether they have Polish heritage or not. It’s a hauntingly beautiful familial story that needs to be told, and I’m confident that our excellent cast and creative team will put together a very touching piece of theatre.”

Tina Gray plays Maria. Her theatre credits include The History Boys at the National Theatre, On Golden Pond, A Woman of No Importance, Flamingoland and Perfect Days at the New Vic and she also starred as Fairy Grizelda in the Mercury Theatre pantomime, Babes In The Wood. Tina’s television credits include The Last Kingdom, Scott and Bailey and Doctors and her film credits include Agatha Christie’s The Crooked House, The Decoy Bride and Above The Clouds.

Kate Spiro plays Ewa. Her theatre credits include Bartholomew Fair and The Shaughraun at the National Theatre, Lorca’s Women, Les Liaisons Dangereuses and Good for the RSC and The Glass Menagerie at the New Wolsey Theatre. Kate has recently been filming new Channel 4 series Brexit alongside Benedict Cumberbatch and Rory Kinnear, her other television credits include Doctors (BBC), Hollyoaks (Lime Pictures) and Holby City (BBC).

Maria Louis plays  Anna. Maria is best known for her role as Aldona in the BBC series People Just Do Nothing, she has also appeared in Coconut (BBC3) and Doctors (BBC). Her theatre credits include A Streetcar Named Desire for English Touring Theatre, Chicken Palace and Selfie Rules at Theatre Royal Stratford East.

About the Mercury Theatre

The Mercury Theatre Colchester is the most active producing theatre in East Anglia, and is a vital centre of excellence in the East’s growing creative economy. The Mercury exists to put theatre at the heart of the community it serves and to make work in Colchester that reaches audiences and generates critical attention regionally and nationally.

Wiltshire Creative is a new pan-arts organisation that brings together the energy and ambition of Salisbury Arts Centre, Salisbury International Arts Festival and Salisbury Playhouse. It is an ambitious and innovative joint arts offer that secures a bright future for audiences, artists and participants.

About the Unity Theatre

Unity Theatre gives audiences and participants opportunities to engage with live performances that excite, entertain and inspire. Our theatre spaces are intimate, allowing visitors to experience the exhilaration of live performance, up close.
We’ve been behaving radically onstage since the 1930’s and to this day, our theatre serves as a counterpoint to the mainstream, championing equality for diverse audiences and artists.
Our programme is innovative, and we invite acclaimed and emerging artists to explore the personal, social and political.  We develop theatre-makers at every stage of their careers and love introducing our audiences to exciting new artists, making work which sets trends, breaks boundaries, and champions the community.
We provide participants with creative opportunities across Merseyside and develop their interests, skills, confidence and careers.
The Unity is ideally located off Hope Street in central Liverpool, and following a £850,000 capital redevelopment in 2017, accommodates two theatres, rehearsal space, conference facilities, meeting spaces, a bar and lecture rooms.
Unity Theatre is a National Portfolio organisation, funded and supported by Arts Council England and Liverpool City Council.