A blog post written by Henry K. Miller, postdoctoral research associate at the University of Reading

Born in Brooklyn, New York, in 1939, the experimental filmmaker Stephen Dwoskin first came to live in London in 1964. In New York he had mixed with Andy Warhol’s Factory crowd and shown his films at the New York Filmmakers’ Co-op, losing one of them to the police. From his new base in what was then the bohemian enclave of Notting Hill, he made his name with a string of short films, before turning his hand to features.

During his most productive years in the 1960s and ’70s, Dwoskin was part of an international film culture in which experimental work was more visible than at any time before or since. His often sexually explicit films influenced Laura Mulvey’s seminal work of feminist film criticism, ‘Visual Pleasure and Narrative Cinema’, published in 1975, which put forward the theory of the ‘male gaze’.

Having contracted polio as a child, Dwoskin had limited mobility, and several of his films reflect on his experience of lifelong disability. Face of Our Fear was made for Channel 4 to launch its landmark 1992 season ‘Disabling World’. This, and other Dwoskin projects of the 1980s and ’90s, belong to the category of the ‘essay film’, or personal documentary.

The University of Reading holds Dwoskin’s archives, which are varied and not always easy to access. Dwoskin’s career spanned the analogue and digital eras and some of his late works were even shot on a camera phone. Accordingly, his archive is not simply a pile of yellowing papers and photographs, but exists in lines of code, requiring novel and sophisticated research techniques.

My personal interest lies in Dwoskin’s place within film a changing film culture, as established institutions like the British Film Institute and the Cannes Film Festival attempted to adapt to the wild new cinemas emerging from the social and political tumult of the late 1960s; and as the makers of this new cinema, Dwoskin included, tried to create institutions of their own.

Henry K. Miller will be working full-time on this interdisciplinary project around the legacy of the ground-breaking experimental filmmaker Stephen Dwoskin. You can find out more about the project on Twitter: @ProjectDwoskin

Read more about Project Dwoskin on our Research page 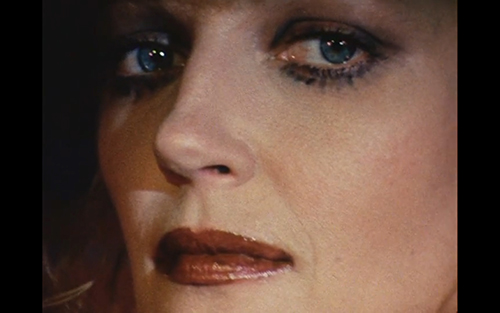