The Department of Classics is holding the Eighth Annual Percy Ure Lecture ‘The Empire of Things and the Empire of People’ on the 23rd of November 2018.

It will take place at 5pm in the Van Emden Theatre in the Edith Morley building.

“When we think of the first few centuries of the Roman Empire, we are used to considering it a period of peace and prosperity, a world created by conquest and stabilized by good government, and we look at the monuments and artefacts of that period in all their abundance as reflections of that good order and economic success.

“But what if artefacts do not simply reflect the social order, but play a part in forming it too? What if Roman things played a part in stabilizing social relations? What if the material empire shaped, tamed and guided the human empire as much as the reverse?

“In his Ure Lecture, Professor Greg Woolf will be drawing on some of the interpretative theory various termed object agency, symmetrical archaeology and entanglement theory to offer a picture of an imperial order formed by things and people acting in concert, and of course wondering about the wider implications, if this idea convinces.”

If you’d like to attend or to know more about the lecture, please contact Dr Emma Aston at e.m.m.aston@reading.ac.uk 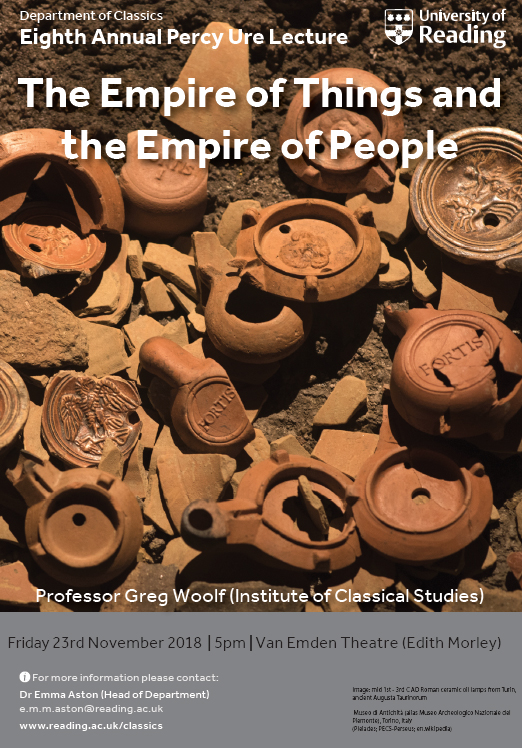