Ever wondered what it would be like to live at a time before antibiotics, anesthetics, and x-rays? Last month, a group of 7-10-year-olds were invited to find out! In a special history of medicine workshop, Sickly Smells & Putrid Potions, Gerrards Cross Brownies used their five senses to investigate what happened if you fell sick in the 17th century. The workshop is designed to spark children’s curiosity about the past, while cultivating their empathy for people who are unwell today. It is part of a five-year Wellcome Trust project, Sensing Sickness, and will be repeated to other groups and schools across the country.

The workshop began with the story of a sick girl called Nally Thornton, who caught smallpox about 350 years ago, a dreaded disease that killed 1 in 3, and caused temporary blindness. Thankfully, Nally was one of the lucky ones, and her happy recovery is described in detail in her mother’s diary. The idea behind this opening was to build an emotional connection between the Brownies and past patients. People living centuries ago often seem alien to us, but when we read their own words, uttered in moments of heightened emotion, we realise they are every bit as human as us. The Brownies then peeped into a miniature recreation of Nally’s sickroom, complete with fourposter bed, fireplace, and tiny bottles of potion. 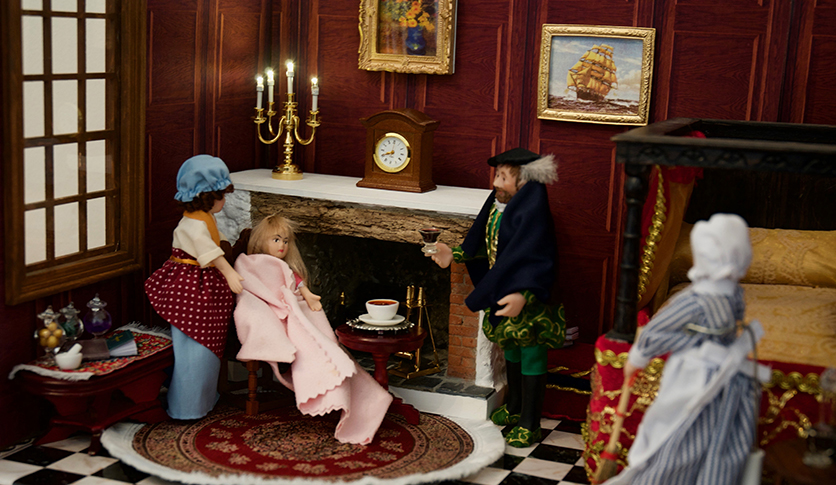 The first activity, picturing the sickchamber, involved analysing a painting of a 17th-century sickroom. In pairs, the children imagined they were in the room, and listed everything they would see, hear, and smell, from the soft ticking of the clock to the loud ‘ouch’ of the patient. The sharp-eyed Brownies spotted small details in the painting, such as a get-well letter, and described how the sick woman might be feeling. ‘Her hand’s on her head, so she must have a headache; she’s looking at her dog, and can’t wait till she’s better and can take him for a walk!’, said one of the youngest Brownies. Clearly the idea that the under 10s can’t empathise is a myth! When discussing smells, I gestured to a box in the corner which contained four ‘smell cubes’ from the sickroom, supplied by the aroma makers, Aroma Prime; hoping for maybe one or two brave volunteers, I was amazed when practically everyone charged towards the box, keen for a sniff! 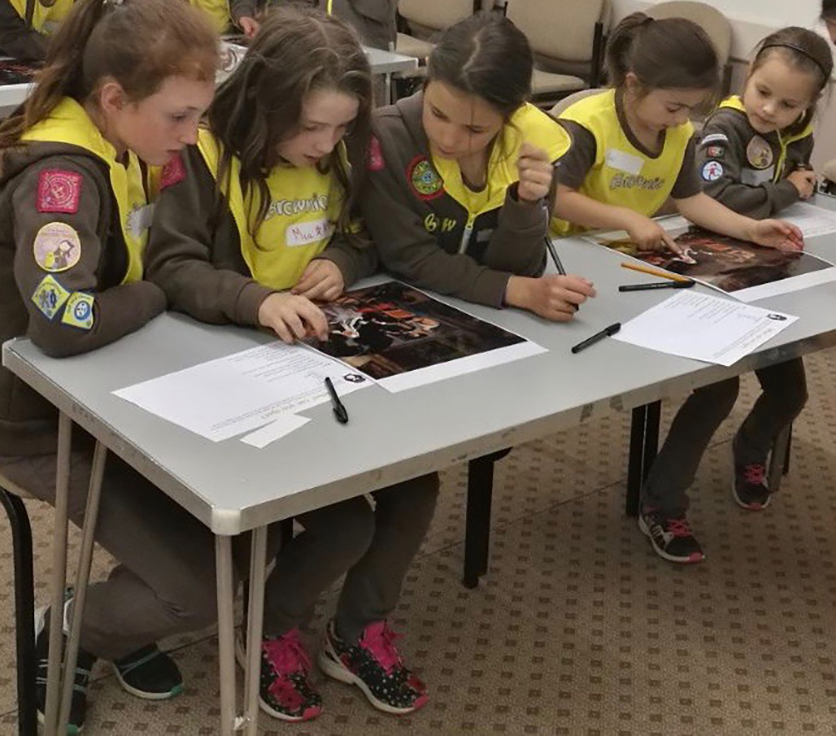 Next, it was time to be wee detectives! In the 17th-century it was believed that the appearance, smell, and even taste, of urine provided clues into what disease the patient had contracted. Taking on the role of the doctor, the Brownies examined four flasks of fake urine, into which had been strewn various curious items, such as gummy worms and crumbled biscuits. Using a ‘urine wheel’, volunteers matched the urine samples with the disease. ‘Wee detectives was my favourite activity’, said one Brownie. Today it might seem odd that such a yucky technique was used by doctors, but the Brownies understood that in the absence of modern diagnostic technology, looking at what came out of the body was the best way to find out what was going on inside it. 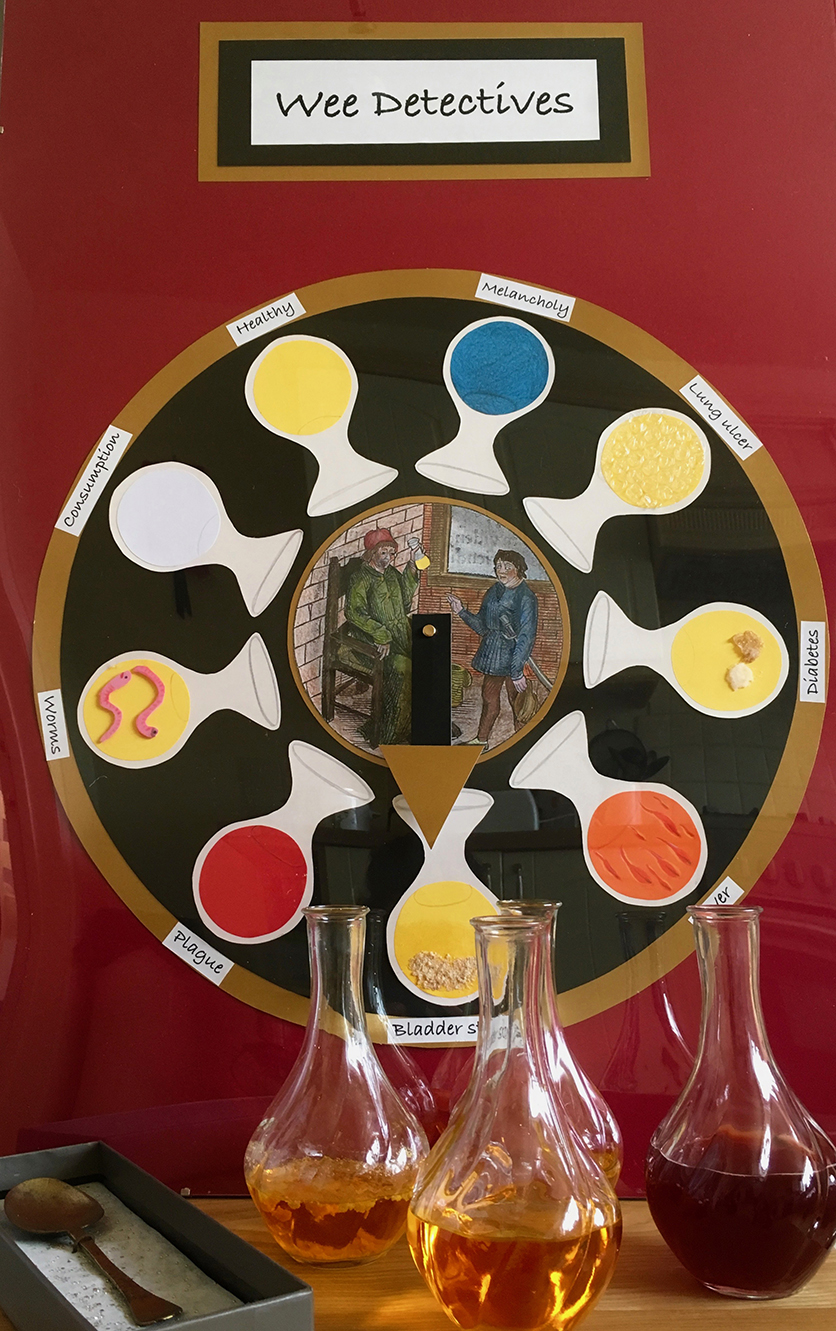 At last, it was time to discover what kinds of medicines were used in the 17th century. A quick true or false game ensued: I held up a series of pictures of possible ingredients – from earthworms to a chocolate – and the children guessed whether these really would have been used in premodern medicines. This activity showed that while some 17th-century remedies would have tasted disgusting, others were actually quite pleasant – sugar, honey, and cinnamon were common ingredients in children’s medicines, for instance. Afterwards, the Brownies had a go at designing their own marvellous medicines, and included all sorts of weird and wonderful ingredients, along with instructions and caveats – one Brownie wrote, ‘Warning! Don’t drink the whole bottle otherwise, you’ll die! 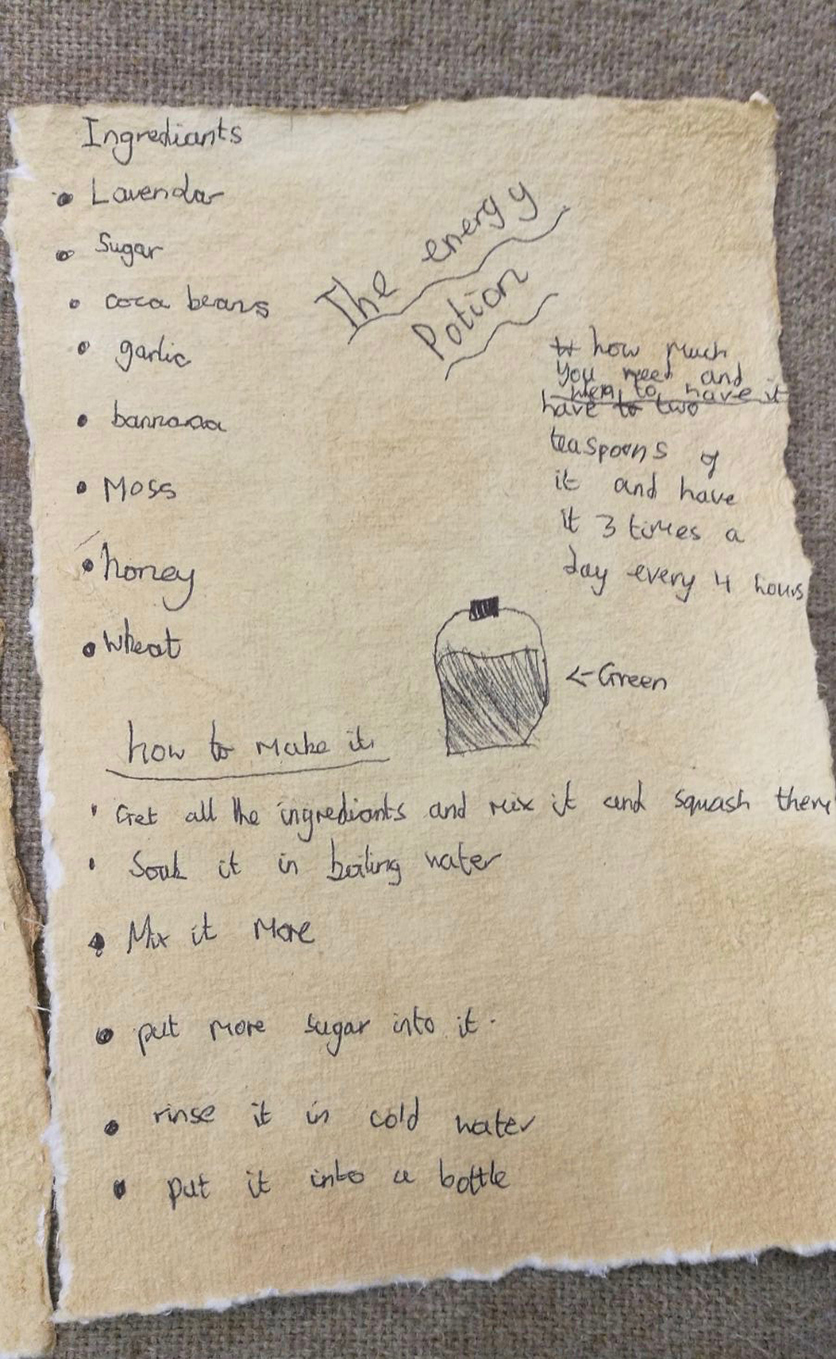 In the 1600s, patients ‘shopped around’ for their doctors, and often consulted 2 or more at once. The final activity brought these doctor visits to life. In their Sixes, the Brownies devised a short doctor drama, in which several practitioners presented their imagined medicine – created in the previous activity – to the patient, and the patient tried each one, before deciding to which doctor to employ. The Brownies got fully into character, and once again displayed their precocious ability to empathise. Those playing the patients, for instance, swooned, groaned, and grimaced at the taste of the pretend potions, and the doctor actors used all their powers of persuasion to convince their clients that their medicine would cure even the most dangerous disease. 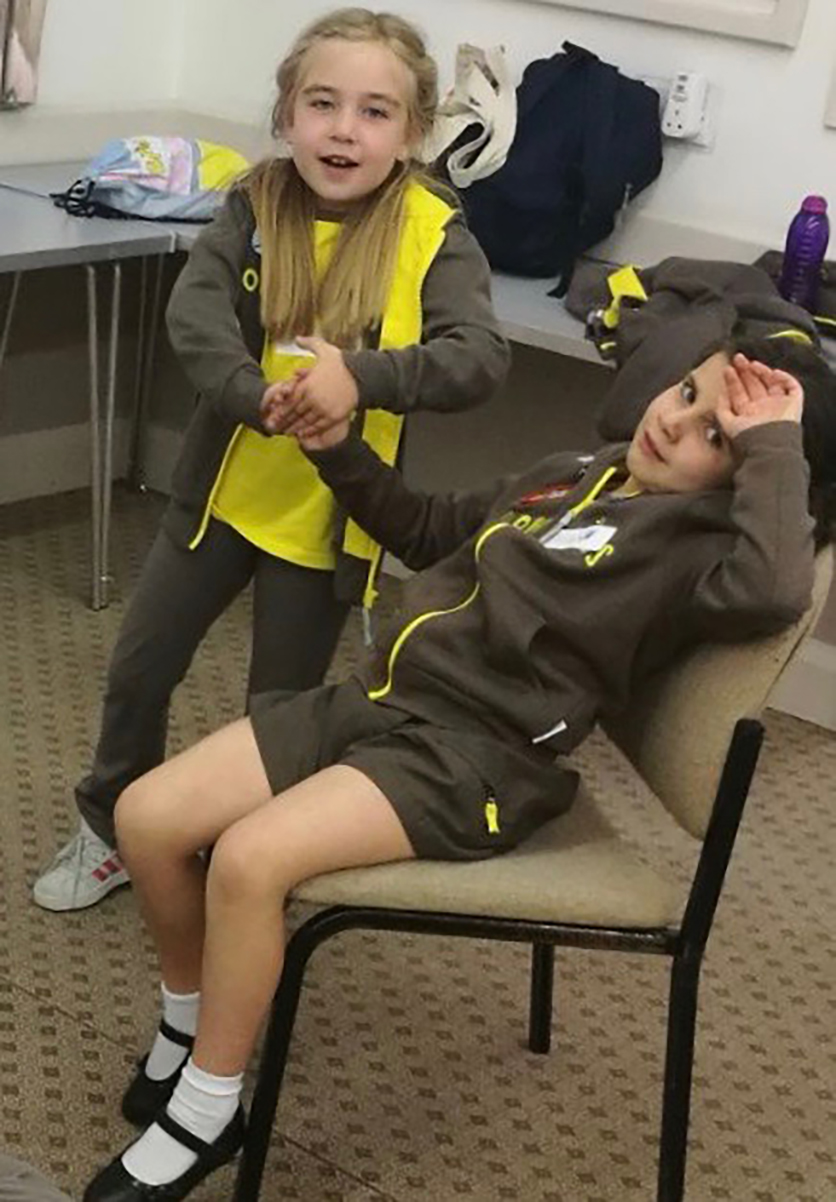 I’d like to thank Gerrards Cross Brownies and the staff, for having me. I learned a great deal from the children, whose fresh outlook and keen imaginations have made me think about my research in a new way. As well as being fun, I hope the workshop will have opened a door to discussions among children and their families about illness and medicine, topics often out-of-bounds for the young. We’re living in an ageing population, and this generation of children is especially likely to be involved in the care of sick or frail relatives. I hope that by giving the Brownies the opportunity to talk about these issues they will be better prepared for coping with these situations should they arise in the future. 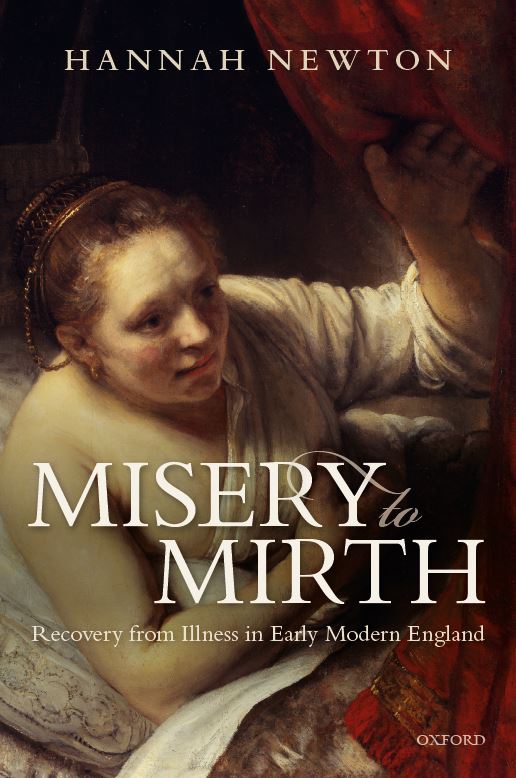 The story of Nally Thornton, mentioned above, was live-tweeted in the leadup to the publication of my new book, Misery to Mirth: Recovery from Illness in Early Modern England, which is available for free download from here. You can catch up with the tweets at @17thcenturymum.

Feedback from the Brownies: 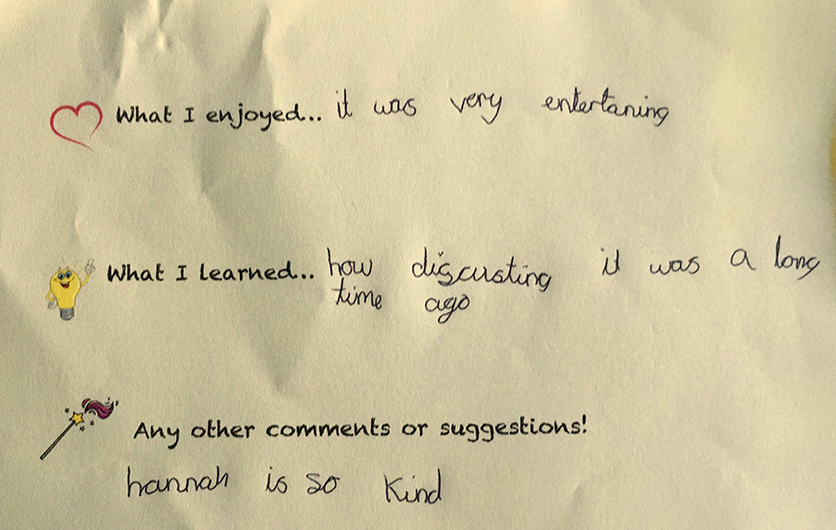 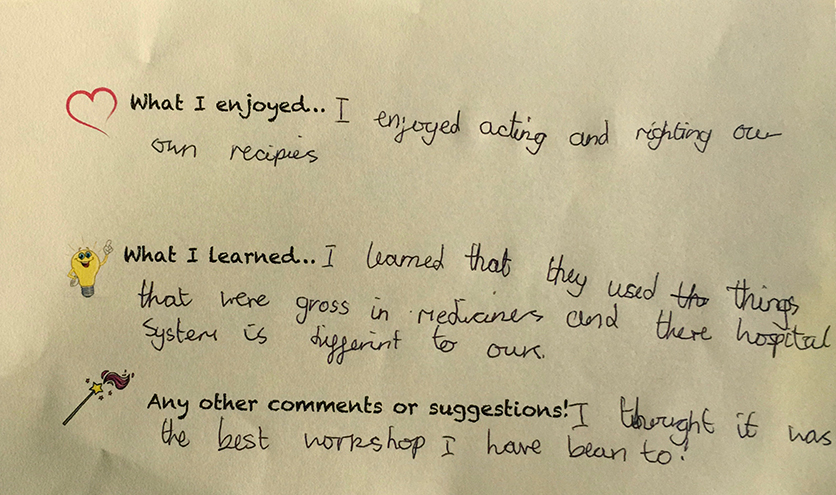 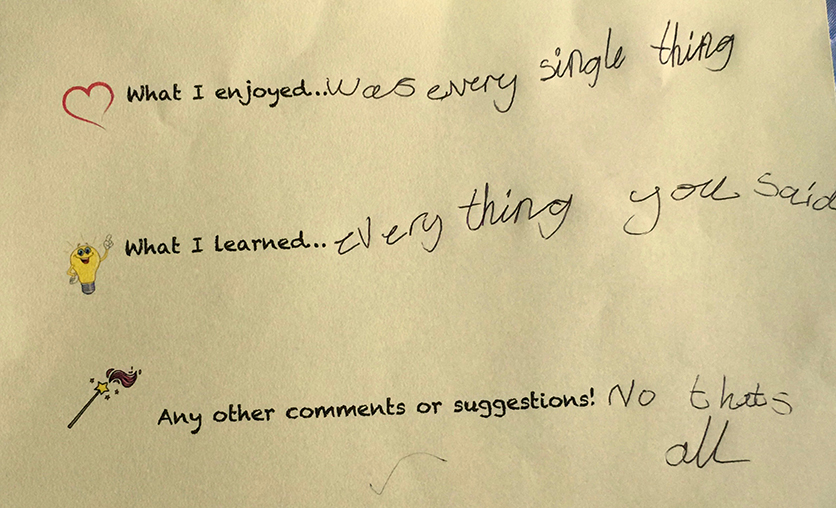 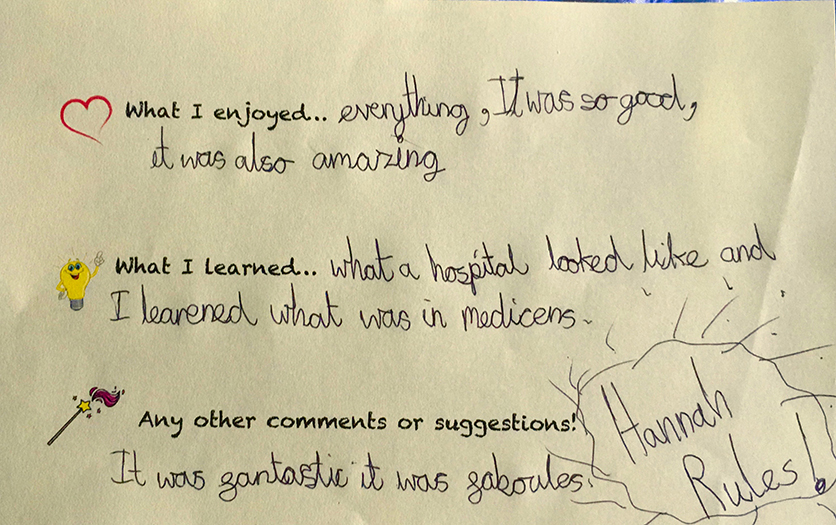