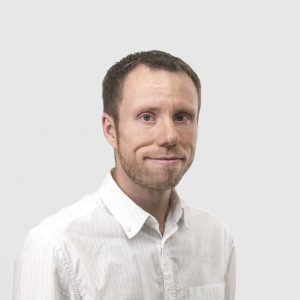 M.Phil by Research (with Distinction), (University of Cambridge, 2013)

I trained as an architect in the United States and worked for several years in practice at HOK in Chicago, contributing to large-scale commercial and institutional projects, and was lead designer on the award-winning Greenway Self Park.  While at Yale, I served as a Teaching Fellow in visualisation, structural, and environmental design courses.  I was selected as the inaugural Bass Scholar in Architecture in 2012, studying at Pembroke College, Cambridge, where my MPhil thesis on architecture and identity in Gothic Revival universities was awarded the RIBA President’s Award for Research in 2014. This led on to my doctoral work on urban culture and the planning of the University of Chicago.  After completing my PhD, I lectured at Cambridge, where I served as Director of Studies in Architecture at Clare College.

Broadly, my research interests concern the history of urban form in American and British cities, with an emphasis on the evolution of cultural institutions, landscape, and public space in the 19th and 20th centuries.  My work incorporates drawing and mapping as a primary research methodology, using archival sources to create new visual sequences that chart urban change over time.

In my PhD dissertation, Grey City of the Midway, I undertook an in-depth exploration of the University of Chicago, identifying paradoxical planning efforts that promoted both the dynamism of the modern city and the image of bucolic Oxbridge.  This resulted in a charged proximity of urban density and pastoral green space, or urbanised nature, something I believe is indicative of an overlooked but widespread effort to lessen the divide between nature and the industrial city.  My future research work will continue to explore these themes, including a look at Victorian Reading and the work of Alfred Waterhouse, a closer look at the planning of the Chicago Park System, and questions of urbanisation and nature in Inter-War London.