Penelope’s practice-led research engages with the politics of culture, public space and state power, with a particular focus in urban artivism and petro-cultures. 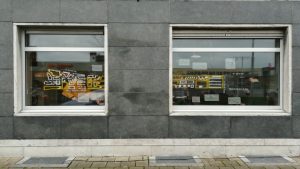 Her doctoral research unpacked the links between state power, oil energy, urban space and culture, by looking at the Petro-Socialist Venezuelan oil state to examine how oil is a cultural resource, in addition to a natural resource, implying therefore that struggles over culture implicate oil, and struggles over oil implicate culture. Her monograph, Culture as renewable oil: how territory, bureaucratic power and culture coalesce in the Venezuelan petrostate was shortlisted for the Royal Geography Society’s Political Geography Research Group Book Award 2019-2020, awarded Special Commendation by the judging panel.

Building on this work, she is shifting her focus to the ways these links are contested by creative citizens through micro-scale urban interventions. Her current research explores theories and methods for reimagining the city of the anthropocene as a playable space for all adults through collaborative urban ludic interventions initiated by creative citizens (artists, designers, architects). It aims to explore their potential for enabling novel forms of encounters and explorations with strangers in the city by transforming urban spaces into playable-spaces for intergenerational socialisation and leisure in the 21st century. This multidisciplinary research traverses cultural studies, urban sociology and architecture, informed by her urban activism in Venezuela, as co-founder of the not-for-profit CollectiVoX and active member of the playful-urban-protest collective Ser Urbano

· The right to the city and the right to play, urban artivism
· Entanglements between culture, public space, and politics
· Petrocultures