‘Art is not an Island’

A short film produced by the AALERT for Decision Making (AALERT 4DM) project about art and artists and their role in landscape decision making through community development and empowerment in the context of land reform and re-peopling in Scotland. 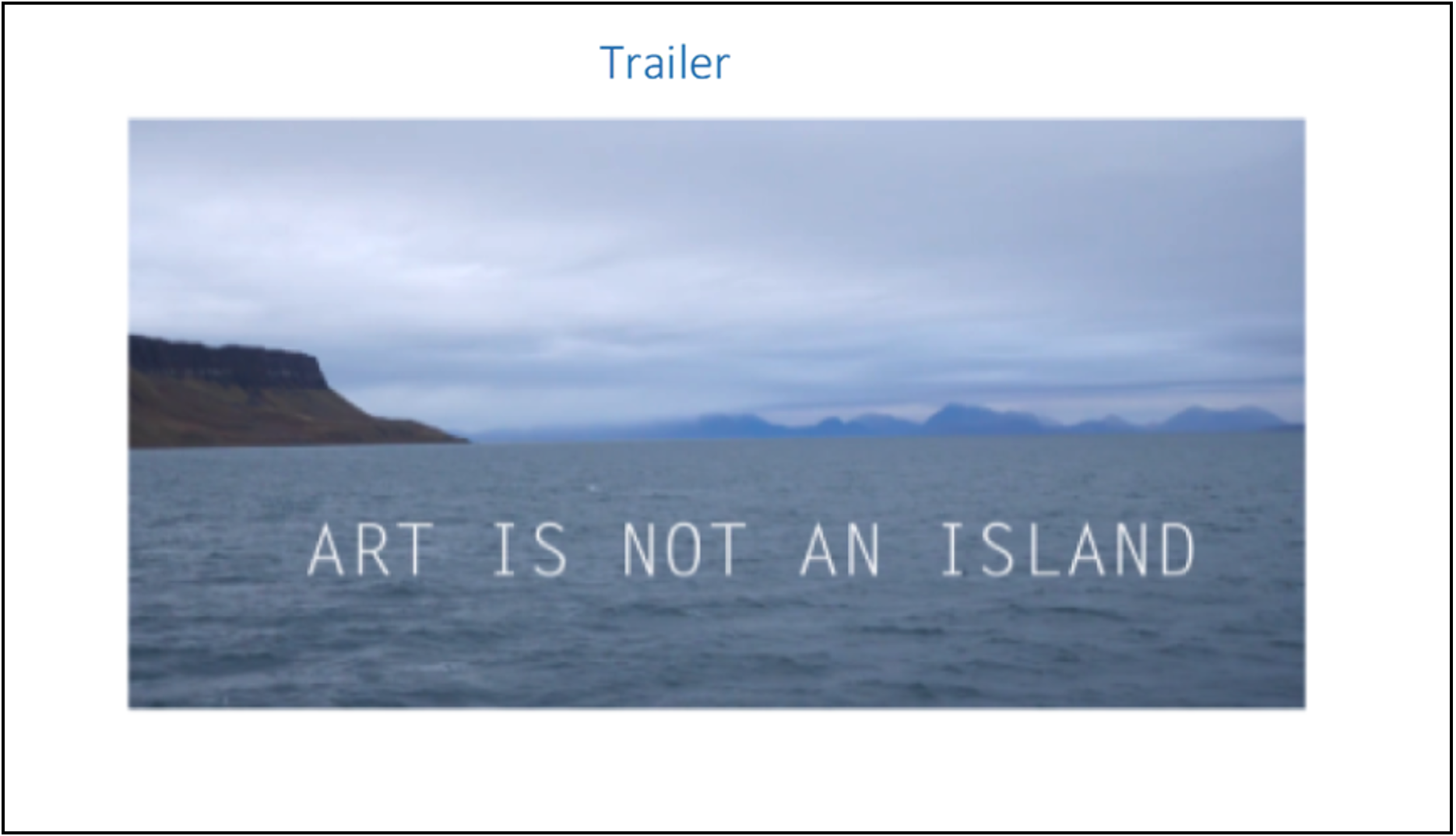 ‘Art is not an Island’ aims to stimulate discussion and debate about the role of the arts in the re-peopling agenda in Scotland, focusing in particular on the relationship between the arts and landscape values. It helps to think about and reflect on how the everyday practices of local artists, and the activities of arts organisations and enterprises, contribute to the wider sense of belonging that builds a community’s co-identification with the landscape. It documents the experiences of eight artists and makers living on the Isle of Eigg and North Uist, explaining their connections to the special landscapes where they live and the importance of their artistic practices.

Artist featured in the film

Ewan Allinson BA (Oxon) MA, is a freelance sculptor, philosopher and broadcaster. He is currently doing an inter-disciplinary creative practice PhD at the University of Dundee on the ontological and aesthetic perspectives of hill farmers and crofters and the importance of this expertise for better landscape decision-making.

Maria Rud is a freelance artist, filmmaker, animator and designer with degrees in fine art and film from Moscow and St. Petersburg respectively. Based in Edinburgh since 1993, she has collaborated with leading musicians and composers on her AniMotion Show which has toured across Europe and to China and the US.

The film was created as part of the preparations for the project’s scoping workshop – creative conversations.