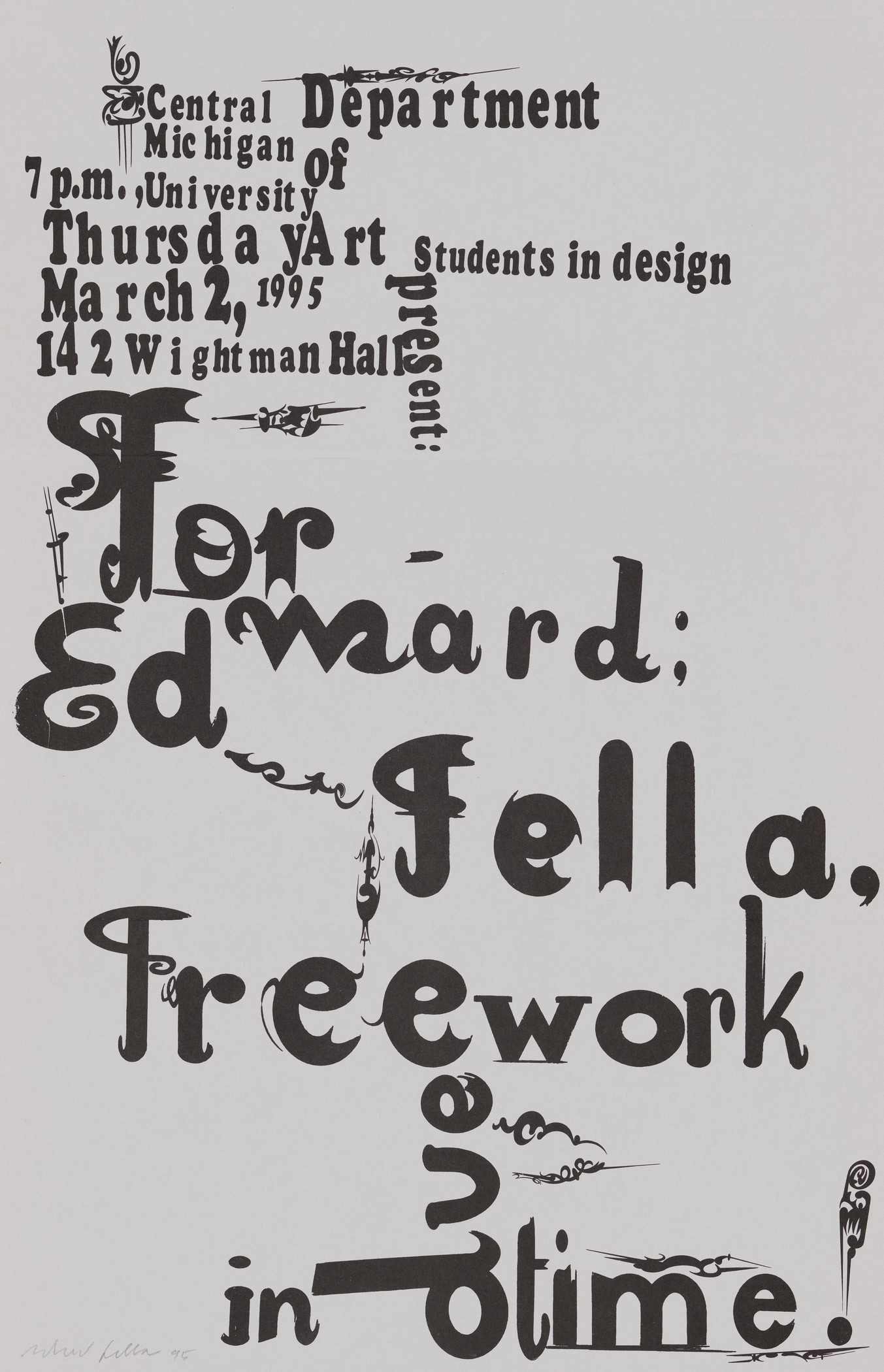 The American graphic designer Edward Fella’s career divides into two complementary phases. For 30 years, Fella (born 1938) worked as a designer, commercial artist and illustrator in Detroit, Michigan. In his late 40s, hoping to teach, he gained a first degree in graphic design and studied for an MFA at Cranbrook Academy of Art, then a centre of theoretical thinking and experimental graphic practice. In the second phase of his career – the focus of this exhibition – Fella became, as he put it, an “exit level designer”, leaving clients and commissions behind to teach at California Institute of the Arts and pursue a freewheeling investigation of form unique in contemporary graphic design. After years of professional studio experience, Fella was a master of diverse graphic styles and hand-lettering. Work that might at first glance seem neglectful of design’s cardinal “rules” came from a deep well of knowledge. He created flyers for lectures by himself and other designers that are loaded with allusions. In his sketchbooks, he produced a daily stream of collages and drawings best understood as art about design. In his 50s, Fella became internationally famous for a self-motivated body of work that overflows with invention and surprise.