Regional Applicability of Innovative crop control Policy in the Andes

This research project provides a comparative analysis of the coca and cocaine trade in Peru and Bolivia that contrasts the costs and the benefits of development versus security-oriented policies implemented in coca growing communities. Based on extensive field research we propose recommendations that place sustainable development, poverty alleviation, equal opportunity, shared responsibility, and participation in the decision-making processes at its core. 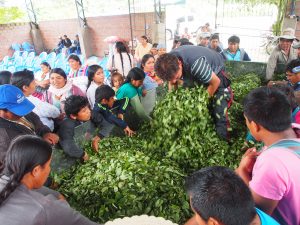 Indigenous peoples in the Andes have grown and consumed coca leaf for over 4000 years. But since the mid-nineteenth century, it has also served as the principal raw material in refined cocaine. Today, an estimated 237,000 peasant families cultivate the leaf in Colombia, Peru, and Bolivia in marginal areas characterized by minimal state presence, limited infrastructure and high rates of poverty.  In addition, thousands of impoverished young men (and increasingly women) labour to process and traffic small quantities of cocaine. This illicit trade provides jobs, supports a large informal economy, and fuels corruption.

Over the past fifteen years Brazil and Argentina have grown to become significant consumer markets for the drug, and they represent principal transhipment routes for cocaine destined for the UK and the rest of Europe. This cocaine largely comes from Peru, the world’s second largest supplier (after Colombia), which produces an estimated 410 metric tons of pure cocaine. A little less than half of this cocaine is shipped eastward through Bolivia, which produces a further 250 tons of the drug.

Lack of economic opportunities, marginalisation and state neglect all fuel drug crop production and the drug trade. Combined these are at the heart of development concerns, yet ‘drugs’ are primarily conceptualised as a crime and security issue. This focus has led to forced drug crop eradication, backed by the U.S. government, which puts the burden of the ‘war on drugs’ onto small farmers and low-level traffickers who gain the least from the trade. The approach has destroyed local economies, criminalized some of the most vulnerable sectors of society, legitimised oppressive policing and empowered Latin American militaries.

After half a century of compliance with the US-led and UN-sanctioned global prohibition regime, Latin American political elites have begun to push back. Examples include the Latin American Commission on Drugs and Democracy, comprised of former heads of state, the 2013 Organization of American States report that prioritizes public health and safety strategies, the 2013 legalization of cannabis in Uruguay and Jamaica’s decriminalizing reforms in 2015.

Bolivia has emerged as a world leader in drug crops policy. Since 2006, the Morales administration (2006-2019) adopted participatory methods to control coca leaf cultivation combined with economic development. Three consecutive pardon initiatives have reduced prison overcrowding, shrinking the percentage of drug-related inmates to 20% and diminishing the number of incarcerated women.

By contrast, neighbouring Peru remains wedded to U.S.-designed and funded strategies, and mass incarceration of those at the drug trade’s lowest rungs. Peru has beaten its eradication targets since 2012, but only achieved a slight decline in the area cultivated. The country’s national anti-drug agency, DEVIDA, estimates that re-planting is above 90%.

The problem is compounded by political violence, both real and potential, in the valleys formed by Apurimac, Ene and Mantaro rivers (VRAEM), which together produce nearly 50% of Peru’s coca. Since the early 2000s, successive governments have avoided eradicating coca there, fearing a “social explosion” fostered by Shining Path guerrillas. This is changing, however, as June 2018 legislation allows the armed forces to return to fighting anti-narcotics after more than two decades.

The destabilization of Bolivia in November 2019 highlights how dependent community-based control of coca is on the commitment of the government in power. The interim Añez government has threatened a return to forced eradication, conducted a massacre of coca grower protests that led to 9 deaths, and continues stigmatization and threats towards their leaders under the guise of combatting drug trafficking. Understandably, the trust that coca growers once had in government has evaporated and with it the underpinnings of community control. This holds an important lesson for Peru. If the government continues to treat coca growers as enemies – people whom policies should act upon rather than collaborate with – then the cycle of violence, failed development projects and coca growing will continue unabated. 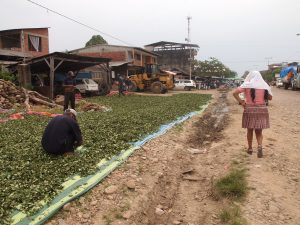 The proposed research will provide detailed analysis of the coca and cocaine trade in Peru and Bolivia. It will weigh the costs and benefits of current policies and make policy recommendations. The overarching aim is to identify best practices, generate productive debates, and promote south-south co-operation by linking farmers, policymakers, advocates and scholars in both countries. The research will focus on four key themes: