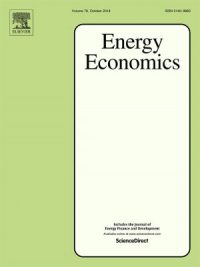 Abstract: The hidden semi-Markov model (HSMM) is more flexible than the hidden Markov model (HMM). As an extension of the HMM, the sojourn time distribution in the HSMM can be explicitly specified by any distribution, either nonparametric or parametric, facilitating the modelling for the stylised features of electricity prices, such as the short-lived spike and the time-varying mean. By using a three-regime HSMM, this paper investigates the hidden regimes in five Australian States (Queensland, New South Wales, Victoria, South Australia, and Tasmania), spanning the period from June 8, 2008 to July 3, 2016. Based on the estimation results, we find evidence that the three hidden regimes correspond to a low-price regime, a high-price regime, and a spike regime. Running the decoding algorithm, the analysis systemically finds the timing of the three regimes, and thus, we link the empirical results to the policy changes in the Australian National Electricity Market. We further discuss the contributing factors for the different characteristics of the Australian electricity markets at the state-level.