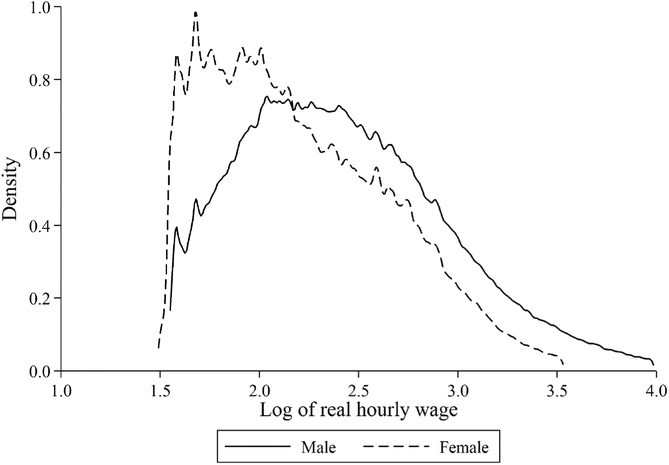 This study reports novel facts about the UK gender pay gap. We use a representative, longitudinal and linked employer–employee dataset for 2002–2016. Men’s average log hourly wage was 22 points higher than women’s in this period. We find that 16 per cent of this raw pay gap is accounted for by estimated firm‐specific wage effects. This is almost three times the amount explained by gender occupation differences. When we decompose a pre‐adjusted measure of the pay gap, we find less than 1 percentage point or a 6 per cent share is accounted for by the gender allocation across high‐ and low‐wage firms. In other words, only a small share of what is traditionally referred to as the ‘unexplained’ part of the pay gap is explained by the differences between men and women in whom they work for.