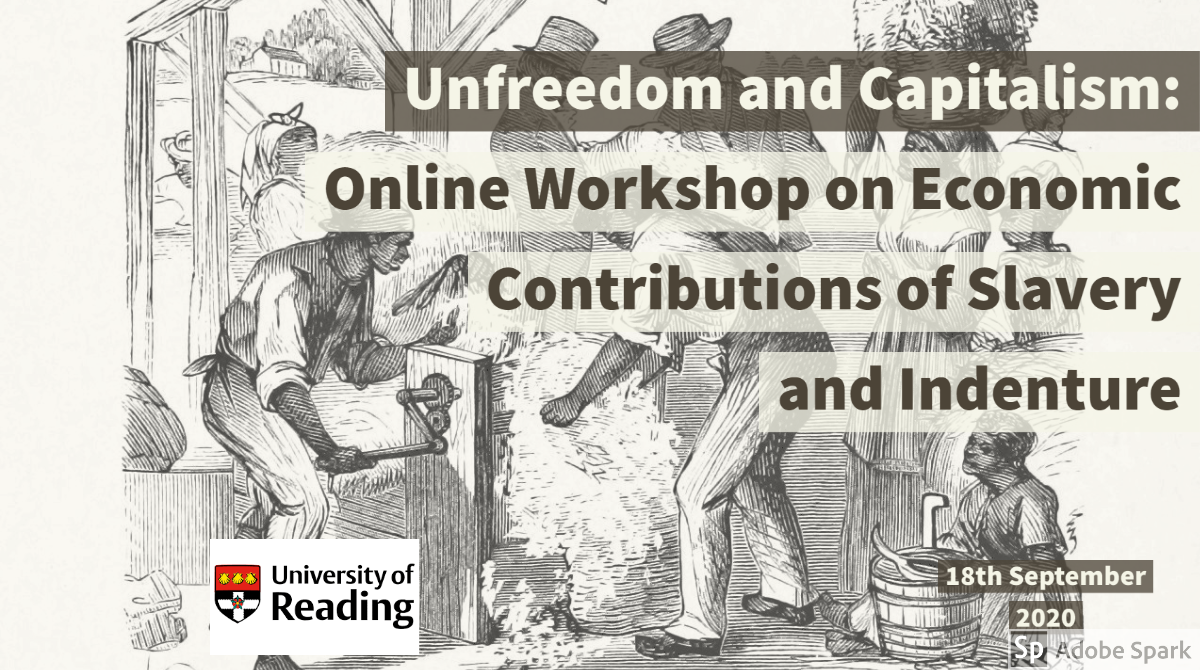 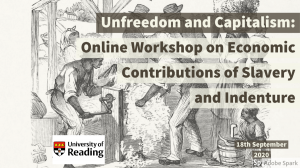 We are delighted to announce an online economic history workshop titled “Unfreedom and Capitalism: Economic History of Colonialism, Slavery and Indentured Labour” organized by the  Department of Economics, University of Reading.  The event is to be held on the 18th of September 2020.

The contribution of unfree labour to capitalism has been noted in the literature (Barrientos, Kothari and Phillips, 2013). A large body of scholarship on the political economy of capitalist development and unfree labour employment exists, but there has been renewed interest in recent times because of links between historic unfreedom, racism and modern slavery. This workshop aims to bring together interdisciplinary scholars working in the area of historical unfreedom to show case recent advances in the literature and discuss the implication of their research on modern policies relating to unfreedom and modern slavery.

This workshop will bring together Economists and Historians who work in the area of unfreedom and unfree labour within the context of colonialism. The webinar will feature the three following themes: 1) Political Economy of Unfreedom, 2) Labour Market Realities and Conditions of Work and 3) Contribution of Unfree Labour to Capitalist Development.

The opening keynote lecture will be given by Liverpool historian and poet Malik Al Nasir whose work looking at the contribution of slavery to Liverpool has been featured widely in the press. Suresh Naidu, Professor at Columbia University, will provide the closing keynote. The programme can be found below.

Please use this form to register interest. For any questions please email Dr Neha Hui at n.hui@reading.ac.uk

Title: How The Slave Business Became a Bank – A Case Study of Sandbach Tinne and The Bank Of Liverpool

Abstract: From slavery and apprenticeships, to indentured labour and colonialism, one enterprise stood out for its longevity, it’s reach and its 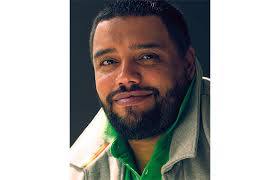 mercantile and political influence; that of the Demerara sugar and slave traders, who became known as Sandbach Tinne & Co.

This paper explores how these Scottish West India merchants, based in Glasgow and Liverpool (with extensive plantations in Guiana and Grenada) developed one of the most influential commercial enterprises of the late 18th, 19th and 20th centuries and how their massive accumulation of wealth, became the foundation of the modern banking system, from which their descendants still enjoy privilege today.

Using a family tree as its foundation, this paper explores the importance of genealogy, in assessing the true scope of this firm’s wealth. It explores the importance of contextualising these slave traders (and traders in slave produced products), within the wider power structures, that facilitated the maintenance of the slave trade during that period.

Coupled with a unique private archive, containing comprehensive financial records from 1808 – 1880, this research uncovers the familial ties that bound them in blood and in business, offering an essential tool, towards a better understanding of the true net-worth of these traders and the Banks that they formed with the proceeds.

The objective, is to create a new model, using a more comprehensive set of the variables, that are essential in quantifying potential claims for reparations and restorative justice, for the people of the black Diaspora, whose blood, intellectual capital and free labour paid for it all. 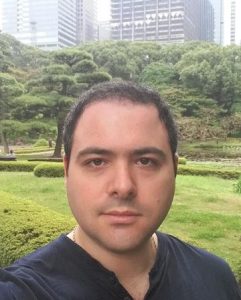 The violence inherent in the system? Unfreedom, ‘war capitalism’ and Jamaica, 1750-1850

Abstract: The recent work on capitalism, empire, slavery and indentured labour has revived interest in the imperial and colonial state as an instrument of economic development.  Sven Beckert describes a phase of ‘war capitalism’ based on military coercion, conquest and oppression which transitioned to the indirect coercion of ‘industrial capitalism’, borrowing from an established literature on fiscal-military state formation.  Yet the process of coercion is generally taken for granted, with Beckert and others often offering little more than an invitation to see the violence inherent in the system, even though recent scholarship on fiscal-military state formation has challenged many of its earlier certainties.  This paper will use the experience of Jamaica from 1750 to 1850, as it transitioned from slavery to (partial) freedom, to problematise this literature on unfreedom, capitalism and state formation.  It will show how the Jamaican colonial state performed a constructive as well as coercive role, offering incentives for collaboration by free and enslaved people of colour, and how even the straightforward exercise of coercion was itself an expensive business, requiring planters to weigh up the costs and benefits of force.  The shift from slavery into freedom in 1834 was less sharp than it might appear.  The view of the imperial and colonial state as an uncomplicated instrument of capitalist power is therefore inaccurate, and ignores the layered and conflicted nature of sovereignty and power outside Europe before 1850. 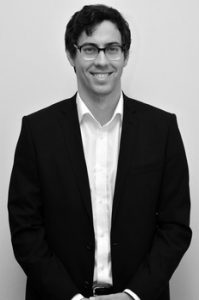 We know fairly little about the dynamics of living standards in pre-industrial societies. How socially mobile were settler households in a frontier economy? What were the sources of wealth creation and persistence? How severe was inequality and to what extent did it fluctuate over time? This paper reports estimates of settler income, mobility and inequality from a large new data source — the Cape of Good Hope Panel — that currently span more than 70 years and will, ultimately, cover close to 150 years. Settled in the seventeenth century, the Cape Colony, administered by the Dutch East India Company and, after 1806, by the British government, was home to not only European settlers but also slaves from the East Indies and indigenous Khoesan, all of whom are recorded in the annual censuses. The paper highlights the advantages of Big Data and sophisticated matching techniques but also warns against the dangers of data transcription, cleaning and analysis without a rigorous understanding of the historical context.

Run to your kitchen break 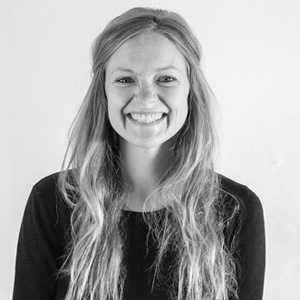 Abstract: Post-emancipation societies are some of the more important to study the evolution of labor institutions and economic organization. In this paper, I provide evidence on the incentives of agricultural employers to change labor laws in post-emancipation South Africa (1854-1900). I show employers in labor-intense wheat divisions were significantly more likely to ask the government to make labor laws more coercive as agricultural workers had more outside options following the discovery of diamonds in 1867. The text of requests indicate farmers wanted the laws amended to improve their enforcement and administration.

Recasting Lewis’ labour-surplus model and the limits of intellectual inheritance. 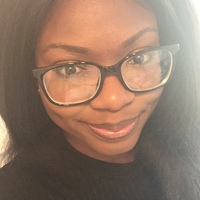 This paper revisits the intellectual project of decolonisation of the mid-20th century through the work of W. Arthur Lewis. Although Lewis often claims an Anglo-Saxon inheritance drawn principally from neoclassical economic theory, I complicate this view to argue that his contributions hold a radical decolonising disposition, one that significantly departs from this tradition in four fundamental ways: 1) in his rejection of abstract scientism 2) his retrieval of a global economic history of colonialism 3) his challenge of market inequalities between Western and colonial nation-states 4) to transform the global economy based on an equality of states. Despite this intellectual departure, this paper equally considers the limitations of his intervention in his inability to substantively detach from his intellectual provenance. The persistence of Western epistemological hegemony is later explored through a ‘plantation-as-metaphor’ framework situating Lewis’ anticolonial ethos while retaining Western modernist and statist assumptions. This paper therefore recasts Lewis model as an Euro-adaptive critique of global capitalism and its attendant colonial regimes of surplus ‘freed labour’.

Between unfreedoms: Caste identity and Repatriation of Indentured Labour Migrants

Abstract: Indian indentured labour migration followed slavery as a means to providing cheap labour to British plantation colonies. To make this migration characteristically distinct from slavery, the workers were offered a free or subsidised trip back to their native country at the end of the indenture period. Using data from registers from ships carrying workers to British Guiana from India we look at the role of caste in the indentured workers’ decisions to take the return trip home. We find that individuals from very stigmatised castes were significantly less likely to take the return trip, in comparison to other caste groups. Caste hierarchy played a very significant role in every aspect of the workers’ lives back in India, including in land ownership, access to education, labour markets, marriage, access to political office. The conditions of production in the plantation economies did not allow the reproduction of caste hierarchies in their original form. Thus, indentured workers from stigmatised castes, while entering one form of unfreedom (as plantation workers), were able to escape another form of unfreedom (of caste hierarchies). This clearly reflected in their decision to not return. The trend isn’t that clear for other caste groups. The “high caste” groups were more likely on average to return, but the results stop being significant once we included data on district level natural disasters for districts the workers came from. No trend could be observed for individuals of “middle castes”.

Abstract: The paper will focus on recruitment for the Assam tea industry in India. The recruitment business maintained close links with the tea industry, but these two interests were sometimes in conflict. The commercial brokerage of labour, which expanded its net across the country, incorporated a whole set of social relationships and institutions. Exploring the specificities of this recruitment system helps us contextualize indenture beyond its narrow legal implications.  In this paper, I will examine how the Assam system survived the abolition of indenture, primarily because of the continuities in the recruitment system. 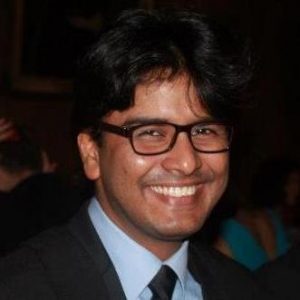 Abstract: Village watchmen or chaukidars were the lowest and most numerous rung of the coercive apparatus of the colonial state in Bengal in the nineteenth and early twentieth centuries. However, they were never made part of the formal police establishment and were governed by separate legislations. While a substantial portion of Indians in the formal police establishment were upper-caste men such as Brahmins and Rajputs, the entire village watch was made up of lower-caste men. Colonial police power mimicked a form of caste-society in its organisation as European officials crafted the role of the chaukidar as that of a menial village servant acting as the eyes and ears of the colonial state in the rural hinterland. This paper explores how the colonial security establishment constituted the labouring world of village chaukidars to produce a peculiar form of waged security worker – one whose wage entrenched his menial status. 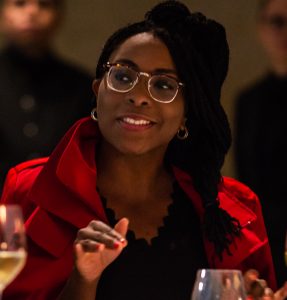 Prison Labor: The Price of Prisons and the Lasting Effects of Incarceration

Abstract: Institutions of justice, like prisons, can be used to serve economic and other extrajudicial interests, with lasting deleterious effects. We study the effects on incarceration when prisoners are used primarily as a source of labor using evidence from British colonial Nigeria. We digitized sixty-five years of archival records on prisons from 1920 to 1995 and provide new estimates on the value of prison labor and the effects of labor demand shocks on incarceration. We find that prison labor was economically valuable to the colonial regime, making up a significant share of colonial public works expenditure. Positive economic shocks increased incarceration rates over the colonial period. This result is reversed in the postcolonial period, where prison labor is not a notable feature of state public finance. We document a significant reduction in contemporary trust in legal institutions, like police, in areas with high historic exposure to colonial imprisonment. The resulting reduction in trust is specific to legal institutions today.

The paper can be found here 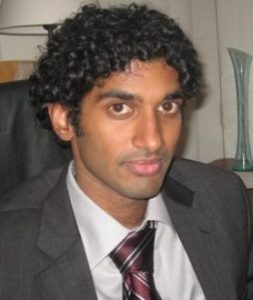 Abstract: I describe a model of the labor market that features both market power and short-side power, combining monopsony and labor discipline. I argue one way to appreciate the distinctiveness of American slavery is to see commercial, for-profit slave production as a frictionless labor market, and all the attendant horrors required to secure perfect competition and contractible labor.  I then examine Master and Servant law, where monopsony was amplified by legal artifice, in both British and postbellum U.S. South. I close with some evidence on the role of unions in eliminating labor market monopsony and the prospect of an algorithmic full-employment dystopia.