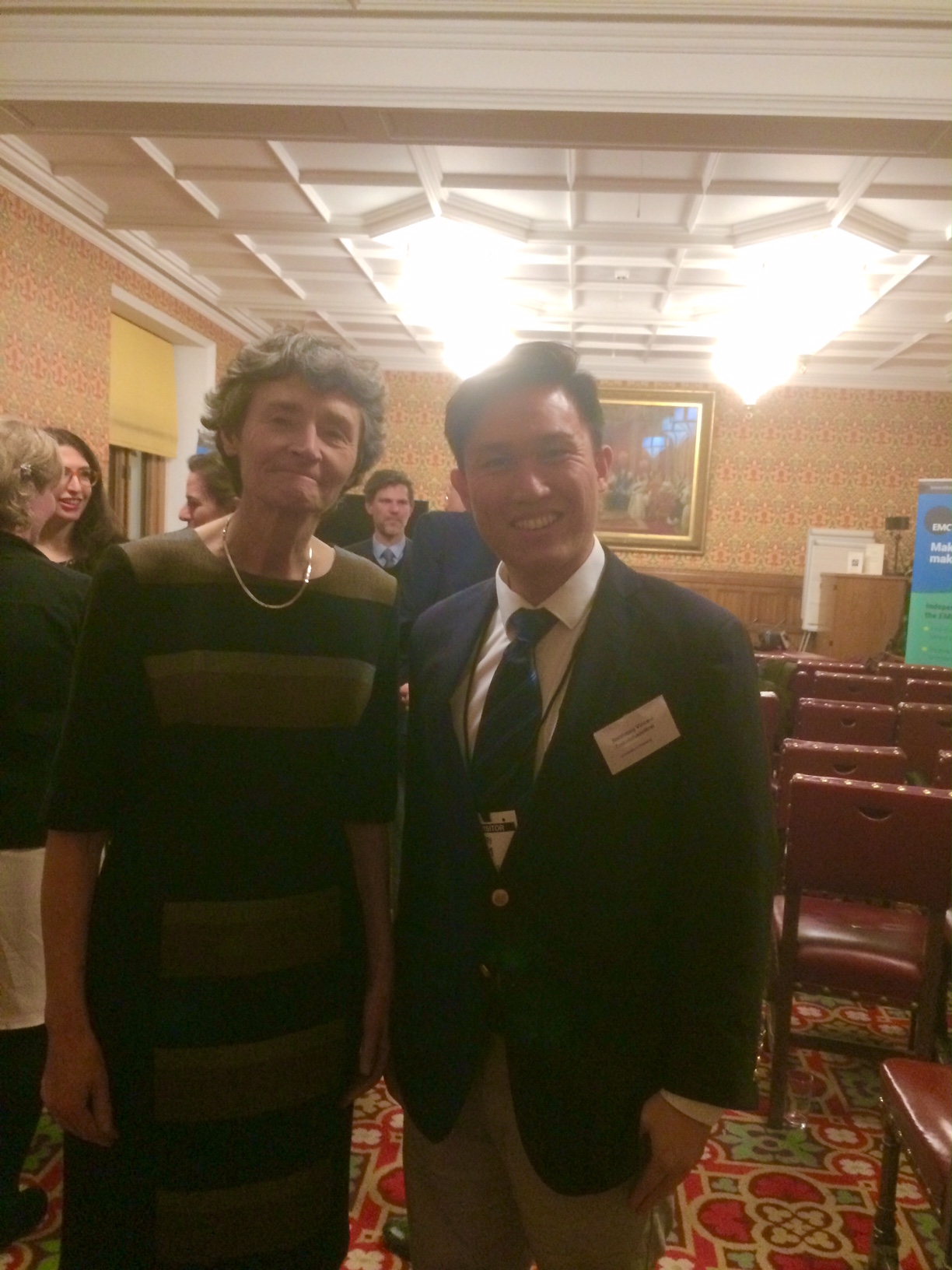 Dr. Natthapoj Vincent Trakulphadetkrai (Director of Research Communications at the University of Reading’s Institute of Education) was invited to celebrate the fifth anniversary of a charity, called Education Media Centre (EMC) at the House of Lords on Thursday 22nd November 2018.

Founded in 2013, EMC sets out to help journalists reach relevant evidence and research, and connect them with academic experts who are “clear, knowledgeable and media-friendly”.

Hosted by EMC’s Founding Patron, Baroness Estelle Morris (former Secretary of State for Education), the celebration was attended by over 30 representatives of charities, academic institutions, research centres, think tanks and companies within the education sector in the UK.

During the drinks reception, Dr. Trakulphadetkrai had a chance to privately speak to Baroness Estelle Morris about ways to get education research into the Parliament.

He was joined by Pete Castle from the University’s Research Communications office at this event.