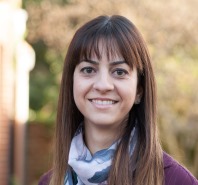 Dr. Kambouri-Danos (Lecturer in Early Childhood Education and Care at the University of Reading’s Institute of Education) and colleagues from the University of Patras (Greece) and Université de Bretagne Occidentale (France) have recently got their research article, titled ‘Precursor models and early years science learning: A case study related to the water state changes’, published on-line by Early Childhood Education Journal. This article can be accessed here free of charge.

The article presents the results of an empirical study, focusing on the construction of a precursor model that can support children’s scientific learning, in relation to the phenomenon of change of the state of water. The research, conducted in Greece, included 91 children aged 5–6 whom participated in a specifically-designed teaching intervention. The article explains that “The intervention lasted approximately 55 min and was conducted at eight stages, during which children’s predictions and explanations for simple cases of change of the state of water were recorded.” 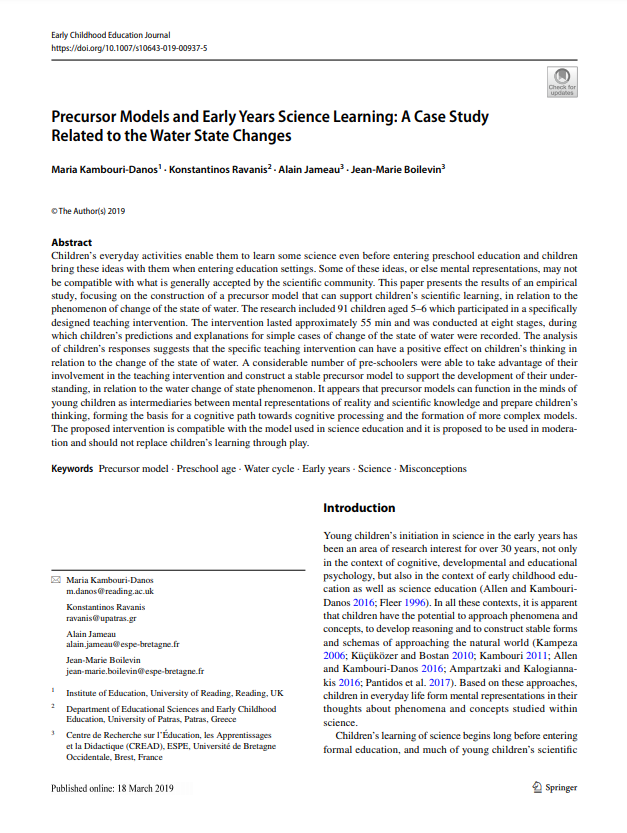 “The findings provide further evidence for calls to rebalance early year curricula to teach a broader range of topics including ‘science’ in a way that gets to grips with concepts rather than just information.

“With misconceptions about science sometimes developed at an early age, it’s also critical to look at ensuring that we’re not placing barriers in the way of children’s enjoyment of learning science by introducing fundamental concepts at an earlier age.

“At a point where there are increasing calls for more people going into STEM careers, we need to ensure that we aren’t underestimating the ability of younger children to grapple with scientific concepts. It’s also important to stress that any new teaching about science should not replace children’s learning through play.”