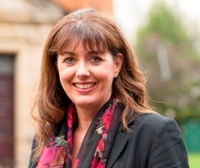 Dr. Karen Jones, Associate Professor at the Institute of Education and conference chair of the 3rd International Conference on Gender Research (ICGR 2020), said: “we are delighted to announce that Julie Bindel and Heather Joshi will be keynote speakers at ICGR 2020.” 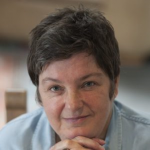 Julie Bindel is a journalist, writer, broadcaster and researcher and has been active in the global campaign to end violence towards women and children since 1979. She writes regularly for The Guardian newspaper, the New Statesman, Truthdig, the Telegraph, Sunday Times, and the Spectator. Julie appears regularly on the BBC and Sky News. She was Visiting Journalist at Brunel University (2013 – 2014) and Visiting Fellow at Lincoln University (2014 – 17).  Julie is co-founder of Justice for Women, the Emma Humphreys Memorial prize. In 2015 Julie became a board member of SPACE International. Her latest book is The Pimping of Prostitution: Abolishing the Sex Work Myth (Palgrave, 2017). She is currently writing a book on feminism (Constable, Robinson, January 2021). 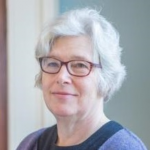 Heather Joshi is an Emeritus Professor at the Centre for Longitudinal Studies, UCL Institute of Education. She had been the Director of that Centre for from 2003 to 2010, and its Deputy Director from 1994. She is currently the executive editor of the journal, Longitudinal and Life Course Studies and Chair of the Section in the British Academy covering Sociology, Demography and related subjects. Heather is an economic demographer who has analysed a number of longitudinal datasets for the UK, principally the national birth cohort studies.  She has also been concerned with the creation and promotion of such datasets as resources for the academic and policy community. In particular she was the director of the Millennium Cohort Study, 2000-2011. She had previously become known for research on the impact of childbearing on women’s lifetime earnings (The Tale of Mrs Typical) and her investigation of the impact of maternal employment on child development (The Myth of the Working Mother). Other research, mostly interdisciplinary collaborations, has touched on gender in the labour market, social mobility, child mental health, residential mobility and neighbourhood. Current projects include an investigation of the gender pay gap in British in data from British cohort studies, and another on the interrelation of children’s cognitive development with their mental health. Heather was awarded a CBE in 2015 for services to Longitudinal Studies and Women’s Studies (OBE in 2002).

Staff and students are very welcome to attend the keynote talks free of charge.  Please email karen.jones@reading.ac.uk to reserve a place.