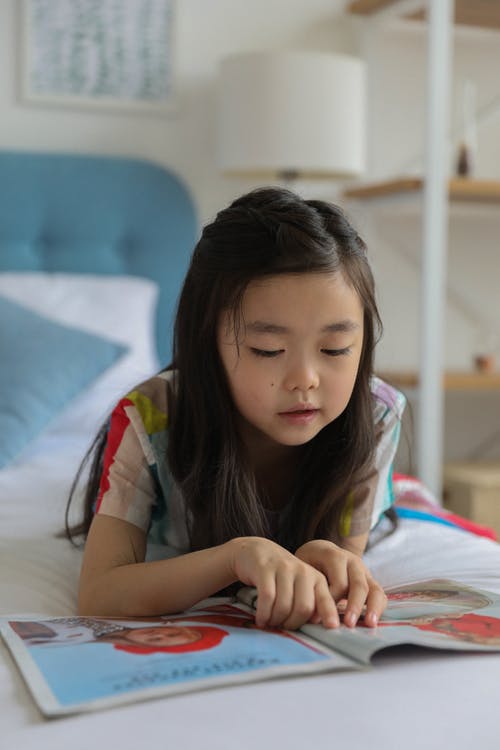 Third year part-time PhD student, Sarah Coles, is currently researching UK-born children’s lived experiences of growing up in more than one language.  In this blog post, she considers the place of the home language in the linguistic landscape of bilingual children from some of Hampshire’s linguistic minority communities. 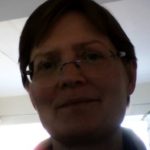 The Context for my research

My research focuses on the development of both first language (L1) and English (L2) of bilingual children growing up as members of linguistic minority communities in an L2 context.  It is a longitudinal study that follows a small sample of bilingual children through their first year of schooling.

There are two threads to my research. The first has a link with literary narrative and involves the use of picture sequences taken from an assessment tool called the Multilingual Assessment Instrument for Narratives (MAIN).  Using different picture sequences, each child tells stories, one in L1 and another in English, their L2, and they are asked a set of related comprehension questions.  This is done once at the beginning of the fieldwork phase and again at the end.  The children’s stories are then coded for particular linguistic features and analysed and their answers to the comprehension questions are scored.  In this way, I aim to identify some ways in which the children’s two languages evolve over time and to document any shift in dominance from one language to another that may occur.

The second thread focuses on the children’s own personal narratives.  Working with each child, we together explore their lived experiences of growing up in two languages.  Thus each child’s personal narrative is co-constructed through the year of the data collection phase of my research.  Additional contextual information, including the detail of their own language use, will be gathered from the children’s parents.  Ultimately, through the children’s own narratives, I hope to deepen practitioners’ understanding of bilingual children in the Foundation Stage (aged 4 to 5 years) and to pinpoint some practical ways in which support for such children might be tailored to improve their engagement with their learning.

What follows draws on those sections of my literature review which focus on some of the significant factors that may influence how bilingual children’s languages develop.

Across the globe, monolingualism is not the norm for all children; exposure to more than one language and bilingual development from an early age is more prevalent than a monolingual model (Hoff, 2013; Lightbown & Spada, 2013; Pérez-Tattem et al., 2013; Wei & Moyer, 2008).  Children may experience different routes in their journeys to bilingualism dependent on their immediate family contexts.  Some children will be born into households where each parent speaks a different language and another language – sometimes English – will be used as the lingua franca.  Other families may be part of a settled immigrant community.  Children born into these families may first be exposed to a minority language at home and later – typically when they start school – the majority language outside of it.  Hence children’s bilingual development may be predicated on a model of either simultaneous (both languages present from birth) or sequential bilingualism (monolingual start with the second language introduced later) respectively.

The outcomes for children growing up in bilingual settings are varied.  Some will go on to develop comparable skills – receptive (listening and reading) and productive (speaking and writing) – in their two (or more) languages and will be able to function in different contexts – school, home, community – equally well in both/all (Montrul, 2010).  At the other end of the spectrum, it is just as possible for a child to have exposure to two (or more) languages yet to learn to speak only one themselves (De Houwer, 2009).

There are various factors that may influence the course and outcome of a bilingual child’s language development.  One that seems significant relates to people’s perception of the relative prestige of the child’s two – or more – languages.  A child from a linguistic minority community may experience a monolingual start to life with exposure to the minority language in the home.  This may be followed by exposure to a majority language, in this case English, the language of schooling.  For such a child, this second language is where the cultural capital resides, it being the language of the majority community.  As such it is often perceived to be more prestigious than the minority language, perceived to port more value in contexts that are more socially significant – eg education and employment.  Because of its sociocultural dominance over the minority language, it is often the case that this second language becomes the child’s preferred one, eventually replacing their first, minority language.

This is a scenario experienced by many children of Hampshire’s UK-born ethnic and linguistic minority communities.  They may, in their early years, be exposed to – let’s say – Nepali at home but later, when they start school, English.  From that point onwards, families may notice their child gradually ceases to use Nepali, preferring to respond in English even when addressed in first language (L1).  In the literature, this is sometimes referred to as ‘passive bilingualism’ (Brehmer & Kurbangulova, 2017; De Houwer, 2009; Francis, 1998; Yamamoto, 2001), although as De Houwer notes, there is “nothing passive about understanding two languages and speaking one” (De Houwer, 2009, p. 2).

The possible impact of quantity of input experienced

A second consideration is the quantity of language input experienced by the child.  In a monolingual context, the language of the home is the same as the language of the wider community and – often – of education too.  Everywhere the child goes and everyone they meet speaks the same language.  Hence the child has multiple models of the same, single language.  In contrast, linguistic minority children born in the UK may have exposure to L1 at home and L2 (English) outside of it.  Hence their overall exposure to L1 is – in most cases – reduced.

The impact of reduced exposure to each of the bilingual child’s two languages has been explored by researchers with an interest in child language development.  Focusing on the linguistic features observable in bilingual children’s language output, Altman et al. (2018) talk about how the words known by a child in each of their languages reflects both the amount of exposure the child has to each language and the specific contexts in which they encounter those languages.  When their vocabularies in both languages are combined, however, the overall picture of bilingual children’s lexical development has been found to be comparable with that of their monolingual peers (Altman et al., 2018; Hoff, 2013).

Further, research has identified that if the words known by a bilingual child are listed, only about one third represent words that are direct translations i.e. two thirds of the words a bilingual child knows in one of their languages are known only in that language and are not shared with the child’s other language (Altman et al., 2018; Castilla et al., 2009; Kester & Peña, 2002).  This is likely to be directly related to the different contexts in which each language is used and to the communicative purposes being served.

The possible impact of context

Haman et al. (2017), in their research into L1 and L2 exposure on the L1 performance of Polish/English bilingual children, also observed discrepancies between bilingual children’s skills in Polish (the heritage language of the children in their study) compared with those of Polish speaking children of comparable age but growing up in a monolingual context.  They suggest that the L1 skills of Polish/English bilingual children growing up in the UK are unlikely to reach a level comparable to monolingual Polish children growing up in Poland.  This, Haman et al. say, is largely due to reduced exposure to the heritage language from adult L1 models who may themselves be experiencing L1 attrition, a process of language loss due to lack of use – and itself contested with many taking the view that L1 attrition is not something that can be evidenced in late bilinguals.  The overall outcome, Haman et al. propose, is likely to be ‘incomplete L1 acquisition’.

Elsewhere in the literature, the notion that ‘incomplete first language development’ exists at all attracts criticism.  Otheguy and Zentella (2012), whose research focused on New York’s large, Spanish-speaking community, argue that all intergenerational first language transmission, including that which takes place in monolingual settings, evidences change.  According to this view, what others may categorise as ‘errors’ in L1 in fact represent “normal intergenerational language change accelerated by conditions of language contact” (Otheguy, 2016, p. 301).  This point is taken up by Köpke (2007) and by Kupisch and Rothman (2018) who describe how in immigrant populations new L1 norms will naturally develop, resulting in divergence between L1 use in an L2 immersion context compared with L1 use in a monolingual context.  Hence context has a bearing on the language models to which a bilingual child might be exposed. 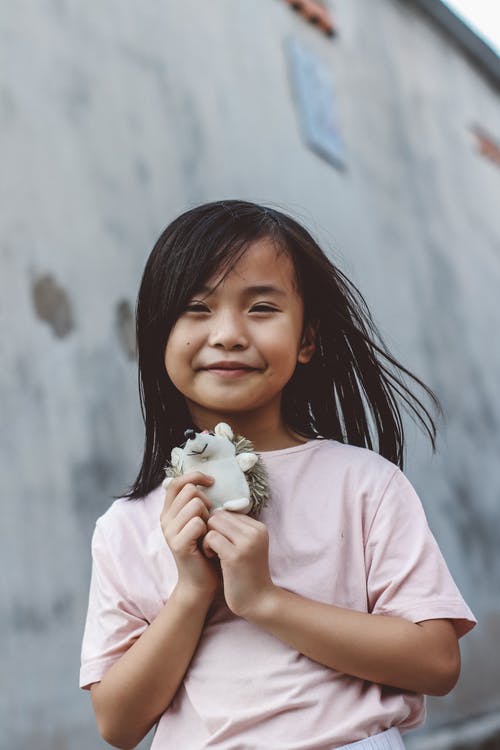 The possible impact of the language modelled

Another important consideration when it comes to a child’s language development is the nature of the language models to which they are exposed.  Typically, linguistic minority parents themselves do not function in a monolingual context and this can have an impact on their everyday language practices.  The result is often an incremental increase in both code-switching (characterised by swapping from one language to another at word/phrase level) and code-mixing (combining grammatical structures from both languages) where in their speech they move in a fluid, natural way between languages, swapping a word or a phrase here and borrowing and blending in a grammatical structure there.

In the literature, code-mixing and code-switching are seen as common linguistic practices amongst bilingual populations.  Once viewed in a negative light as “[…] the haphazard embodiments of ‘language confusion’” (MacSwan, 2017, p. 169), latterly they have come to be seen more favourably, having been found to be rule-based and systematic (Genesee, 2020; Gutiérrez-Clellen et al., 2009; MacSwan, 2017; Muysken, 2000; Poplack, 2020).

Code-switching and code-mixing in parental inputs appear to influence L1 development in children growing up as members of language minority communities in other ways too.  Some studies have found a negative correlation, with higher rates of code-switching and code-mixing by parents resulting in lower comprehension and production vocabulary sizes in young children (Byers-Heinlein, 2013).  Others have identified that code-switched input, arguably more challenging to process than input in a single language, can have positive outcomes but only for those children with greater verbal working memory capacity who are capable of processing it (Kaushanskaya & Crespo, 2019).

What this means for my research

To draw to a close, the above whistle-stop tour illustrates that bilingual language development is a complex, multi-faceted phenomenon.  It is affected by multiple influences, each impacting in different ways and to different degrees on the individual child in their own specific context.  Through my research, I make space for a small sample of UK-born bilingual children to explore these differences and to focus on their first-hand experiences of growing up in more than one language.

Kupisch, T., & Rothman, J. (2018). Terminology matters! Why difference is not incompleteness and how early child bilinguals are heritage speakers. The International Journal of Bilingualism: Cross-disciplinary,Cross-linguistic Studies of Language Behavior, 22(5), 564-582.