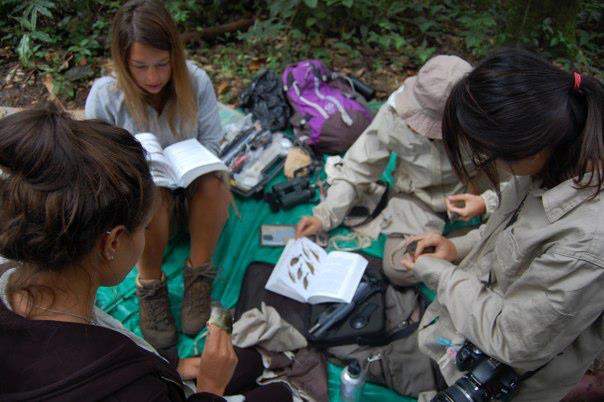 The Guardian reports that new graduates are facing the toughest job market in 75 years. Meanwhile, canceled career fairs and internships mean that online networking events represent a valuable opportunity for jobseekers to bolster their social capital, and scope out possible career avenues. Having been asked to participate in the Environmental Careers Webinar at the University of Sussex, first-year PhD student Sophie De Pauw reflects on her academic journey as well as the broader evolution of the conservation and development sector.

Becoming part of a vibrant and diverse research division has undoubtedly been the highlight of my PhD so far. Interacting with scholars from a wide variety of backgrounds and fields has reinforced my desire to pursue a career in academia and expanded my research horizons. However, the transition from the natural sciences to social realms has represented a significant challenge. Intellectually, it has required the reconfiguration of my approach to research as well as the exploration of unfamiliar literature and theories of previously “unchartered” disciplines. At a more fundamental level, it has compelled me to confront some of my pre-conceptions and underlying biases. In particular, I have come to examine many of the prevalent “one-sided narratives” that exist in conservation, which all too often neglect the socio-economic realities of local people.

Recent work from numerous scholars has demonstrated the central role that community engagement plays in determining the success or failure of conservation projects. At the same time, an increasing number of environmental organisations have come under scrutiny for the exclusionary nature of their practices and policies. In 2017, the displacement of approximately 20,000 Maasai people from the ancestral homelands to expand protected areas in East Africa sparked outrage amongst activists and precipitated a debate around indigenous land rights. Likewise, eco-conscious fashion brands previously applauded for their sustainability have been criticised for the poor treatment of labourers and systemic racism.

Although these recent events arguably represent a shift to a more accountable and progressive form of environmentalism, the dominant voices relating to issues such as poaching or deforestation are surprisingly unnuanced. For too long, conservationists have remained willfully ignorant to the elitist undertones of environmental movements. So, whilst interdisciplinary approaches are often heralded as the best means of increasing the impact, scope, and quality of research, more importantly, they provide a much-needed opportunity to present alternative perspectives and ensure the representation of otherwise marginalised voices.

Despite the considerable investment in, and growth of, conservation biology over the last 40 years, extinction rates remain alarmingly high, creating an impetus for re-examining standard practices in the field. So, here is my advice to those hoping to embark on an environmental career: choose the project or organisation wisely and seek out those that actively promote collaboration, community participation and transparency. Maintain your enthusiasm and optimism but cast an ever-critical eye on their ethics, practices, and representation. We can only meet the challenges presented by the Anthropocene with holistic approaches that are economically sound, culturally appropriate, and socially responsible.