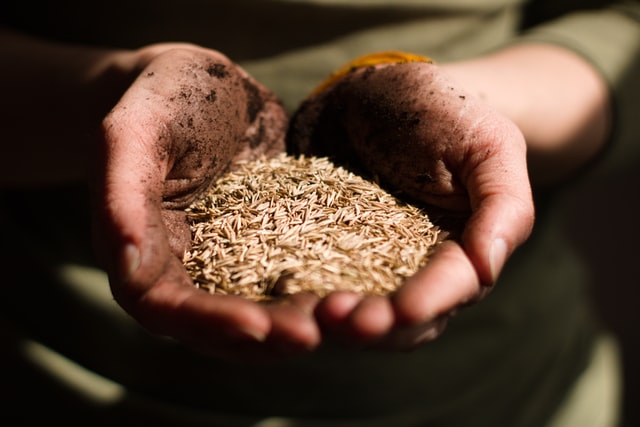 Food security has been headlining the news and occupying a central position in academic research for longer than anyone can recall.  Moreover, achieving Global food security has been a long-term ambition for the UNDP and remains at the core of its Sustainable Development Goals (SDGs). Yet,  projections show that the world is not on track to achieve  “Zero Hunger by 2030” and  instead that the nutritional status of the most vulnerable populations may well continue to deteriorate. The persistent inadequacies of global food systems can be attributed to a wide range of factors such as climate change, poverty, and conflict. In this short piece, Division member Reham El-Morally reflects on the ramifications of the Ukraine Crisis on food supply chains worldwide with specific reference to Egypt.

The Russian invasion of the Ukraine poses a major threat to wheat-dependent countries, such as those in the Middle East and northern Africa (MENA) region, which predominantly are classified as Low- and Middle-Income countries (LMICs) by the World Bank. According to the Arab Reform Initiative (2022) these nations consume the greatest wheat per capita, approximately double the world’s average. In these countries wheat is  primarily imported from the Ukraine and Russia. Consequently, the crisis has exacerbated the existing vulnerabilities of the across food systems in the Levant.

Particularly vulnerable is Egypt, where wheat is a mainstay of the local diet and 60% of cereal imports are accounted for by Ukraine and Russia combined.  On the 16th April 2022, Egypt recognized the precarity of its wheat-dependence on the region and approved India as a new supplier, importing approximately one million tonnes from there. Yet would that not be a bandage to a bullet wound? Although arguably justified as a temporary intervention against food shortages, re-orienting Egypt from being reliant on one nation as opposed to another is a short-sighted solution. Indeed, the global wheat market is characterised by rising prices and increasingly restrictive regulations suggesting that single-source import strategies are inherently unsound.

As such, the issue of food security should be approached holistically.  Initially, diversifying food import sources and avoiding over-dependence on a single supplier should be the priority. Additionally, governments should seek to balance staple food imports and exports to reduce the existing gap between demand and supply. Lastly, water resource management and strategies to improve irrigation need to be incorporated into traditional farming systems many countries still rely on. This can be accomplished by establishing more robust outreach programs to better understand the needs of a given population. Modernizing agricultural habits and farming systems does not necessarily need to be an expensive endeavour particularly when  the cost is mitigated by the promise of a more sustainable, stable, and secure future.

In conclusion, the case of Egypt is not unique, and can be applied to various nations across the MENA region and beyond. The intersectionality of the SDGs needs to be recognized especially in terms of how poverty and food insecurity relate to gender disparities. International Organizations and policy makers are still failing to adopt Gender Mainstreaming approaches. Indeed, failure to do so continues to marginalize vulnerable people. Food security is inseparable from gender dynamics particularly in LMIC where women are the primary decision makers for household production and maintenance. It is with great uncertainty that we observe the current Ukraine crisis and with even greater concern over the future of sustainability and human rights globally.