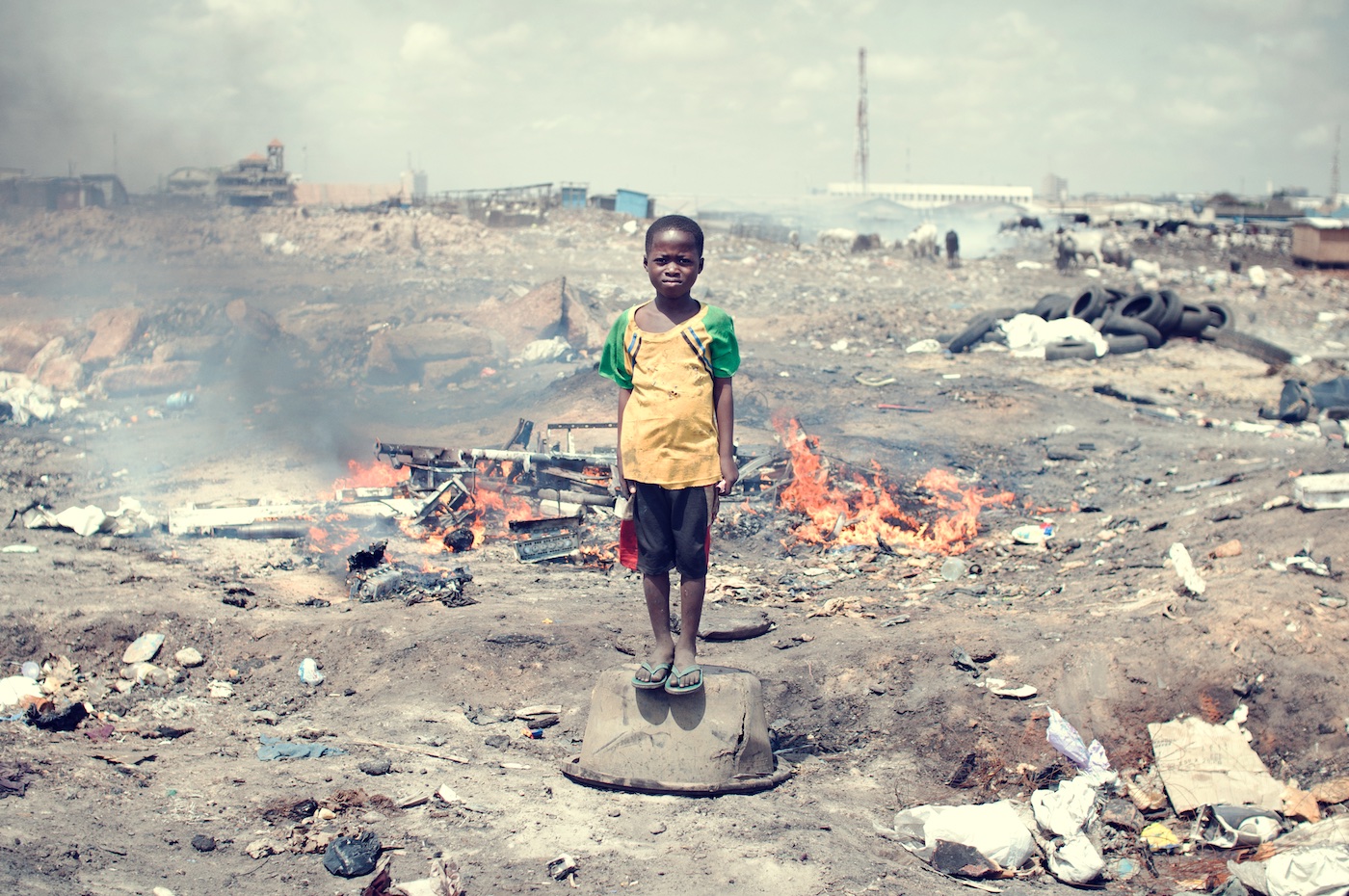 E-waste –waste made up of electrical and electronic equipment (EEE), is one of the fastest growing waste streams with 45 million metric tons (Mt) of e-waste generated globally in 2016, and estimates suggesting this will rise to 52 Mt by 2021.

E-waste is often shipped to less developed countries where regulations are lax and dumping of waste is cheaper. Second-hand EEE can be traded internationally, leaving open the possibility for the illegal export of e-waste under the guise of second hand EEE for re-use. Indeed, despite international attempts to regulate E-waste, enforcement of such legislations has been challenging, and with limited success (Balde et al., 2017).

Many African countries have either no national regulations regarding e-waste or regulations that are poorly implemented. West Africa, in particular, is a major trading route of used EEE into the African continent, with Ghana and Nigeria serving as the main import hubs, and significant amounts end up as e-waste (Schluep et al., 2017).

Our current research focuses on two major e-waste dumping sites in West Africa: Agbogbloshie in Accra (Ghana) and Solous 2 in Lagos (Nigeria). Agbogbloshie, in particular, is the second largest e-waste processing site in West Africa. Established in 2001, it expands over 11 hectares and receives about 192,000 tonnes of e-waste every year.

In our study, we compare children living in the proximity of these two e-waste dumps with those living further away. By comparing child mortality rates before and after the creation of the two dumps, we can establish the extent of the effects that e-waste has had on children’s health.

Our preliminary finding shows that for children living in the proximity of the e-waste sites, the chances of neonatal and infant mortality increased by 4.5 and 6.5 percentage points respectively. These effects are large when compared to average neonatal and infant mortality rates that stood at about 3 and 4 percent, respectively, before the creation of the dumps. The effects emerge 2-3 years after the existence of the sites, which indicate a gradual and systematic build up on contaminants in the environment.

Water contamination is one possible explanation for the observed increase in child mortality. Often e-waste components are flooded and the run-offs from dumping sites can reach local waterways and possibly also contaminate ground water. Water contamination can affect child and maternal health through the consumption of locally produced contaminated crops and animal products, which are not uncommon in the areas under investigation. Urban crop production in Accra, for example, takes the form of backyard farming mostly for personal consumption, but also market-oriented open-space farming on larger plots (Lydecker and Drechsel, 2010). Indeed, various studies, such as the one by Amoah et al. (2007), have found contaminants in vegetables produced in urban cites in Accra. Our results support this explanation as mortality rates are much higher for children living downstream the river Odwa, which runs in the middle of the Agbogbloshie e-waste site, versus those living upstream.

The effects that pollution can have on human health have long been recognised and this has brought important advancements in terms of regulation, managing and monitoring of pollution sources. Yet, a large share of the world population, especially the poor in developing countries, is still exposed daily to high levels of contaminants. We should, however, also not ignore the fact that e-waste can also be a source of living for many who have found a job, amidst high unemployment rates, in dismantling and processing electrical and electronic waste, which contains significant amounts of precious metals (e.g. gold) and other valuable materials. For example, It has been estimated that around 100,000 people currently work in the informal e-waste sector in Nigeria (ILO, 2019). Hence, providing quantitative causal estimates of the magnitude of the negative health effects of e-waste, as we do in our study, is key to contextualise the debate surrounding this fast-growing sector. Our study shows that mortality rates more than doubled for children living in the proximity of e-waste sites, suggesting that the human cost of the inappropriate managing of these sites likely outweighs their economic benefits.