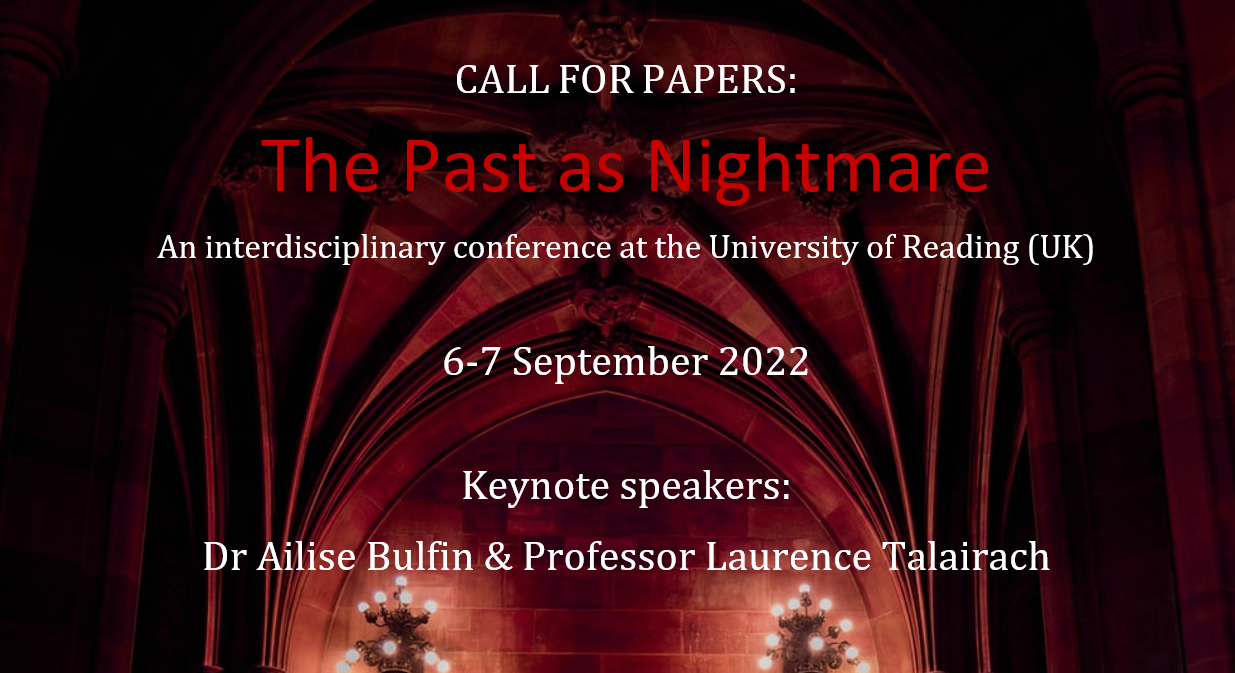 The Past as Nightmare: An interdisciplinary conference at the University of Reading (UK)
6-7 September 2022

The gothic has a complex relationship with the past, and with history as a discipline. Much of the early body of gothic fiction is set in the past, often in the form of ‘found’ historical documents, whilst the past also functions as an inescapable nemesis, returning to haunt modernity. How is the past as a concept and as haunting interpreted in gothic horror literature? How is the discipline of history itself, and the historian or antiquarian as an individual, portrayed in the gothic mode?

Proposals can address any chronological period, from the eighteenth century to the present, and any particular national gothic form.

Subjects could include, though are by no means limited to: