My favourite thing about being a historian is reading other people’s diaries. I began to realise this at the tender age of eight, when our teacher asked us to write a series of diary entries from the perspective of someone during the Great Plague. It seems that I’ve never really grown up: over the next nine days, I will be tweeting as 17th-century mum, Alice Thornton (1626-1707), whose young daughter Nally fell dangerously sick 351 years ago. 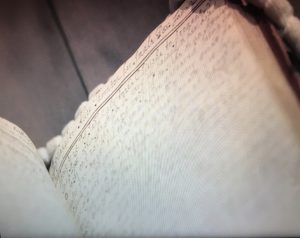 The tweets are based on real diary entries by Alice and other 17th-century parents, which I encountered while researching for my first book, The Sick Child. Winner of the 2015 EAHMH Prize, this book shows that while illness was a source of great anguish for young patients and their families, it was also a time of tender loving care and mutual affection.

On the 7th  June my second book will be coming out, Misery to Mirth, which investigates what it was like to recover from a life-threatening illness in the 17th century. Courtesy of the Wellcome Trust, this book will be free to download. 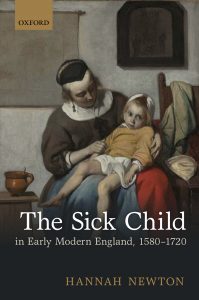 Together, the books overturn two myths: the first is that high rates of mortality led to cold and aloof relationships between family members in the premodern period. The second myth is that before the birth of modern medicine, most illnesses left you either dead or disabled. 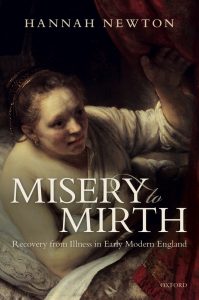 I will not give away what happens to Nally Thornton, but I do hope that readers come away convinced that 17th-century people were every bit as human as we are now, with deep emotions, feelings, and relationships. It’s possible that the tweets may also resonate with the experiences of patients and carers today, helping to enhance empathy for those affected by sickness both in the past and present.