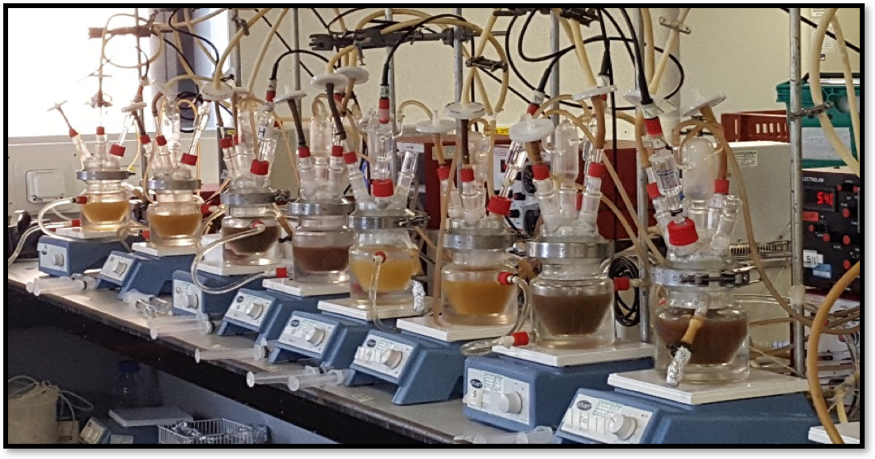 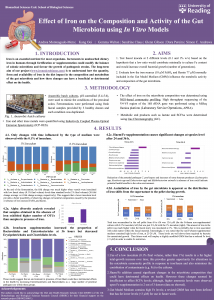 Our recent work  has been aimed to evaluate  how the iron sources (18 mM FeSO4 and Hemin 77 mM) included in a Gut model medium (GMM)  influence the metabolic activity and composition of the gut microbiota in vitro. The presence of FeSO4 and Hemin caused significant changes in the microbiota composition that could have detrimental effects on health. Iron/haem supplements reduced the alpha diversity in the microbiota and increased the proportion of Enterobacteriales and Bacteroidales (with a large number of potential pathogens within these groups). Conversely, in absence of iron/haem, the reduction of the potential pathogen C. perfringens and the increases of some butyrate producers (Lachnospira spp. Roseburia spp and Eubacterium spp.) and B. animalis could indicate potential health benefits in the colon environment. These changes seemed to be insufficient to affect SCFA levels, although higher ammonia levels were observed upon Fe supplementation in 2 out of 3 donors.

In addition, we have been working in the optimisation of the in vitro models that will be employed in the project to study the influence of iron and other dietary components on the microbiota. For instance, even without Fe/haem supplementation, GMM contains high Fe levels (25 mM), with Mucin being the principal contributor. A modified GMM has now been defined, that has far lower Fe levels (<3 mM) and specified levels of vitamins and essential/trace elements. This medium is being validated for use in our future work.

These results have been presented in the 6th Exploring Human Host-Microbiome Interactions in Health and Disease  organized by Wellcome Genome Campus and held during Sep 13 – 15, 2017 in Hinxton, Cambridge.