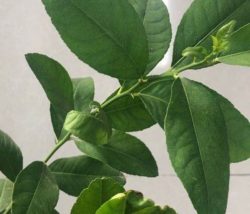 “Close coupling between water loss and CO2 uptake processes lead to the long-observed coordination between hydraulic and photosynthetic traits in the field.

However, their relationships have not been fully quantitatively understood, which hinders the improvement of estimation of carbon and water cycle in land surface models, especially under drought condition.

Recently, eco-evolutionary optimality allows us to comprehend the coordination between photosynthetic and hydraulic traits quantitatively.

We developed a simple model to predict a key trait linking photosynthesis, leaf economics spectrum and hydraulics – the Huber value, which builds on the hypothesis that water transport through xylem must equal water loss via stomata.

To test our hypothesis, we carried out a fieldtrip to collect the traits we need for two summers along a 3000-m elevation transect.

Our study showed that the model could capture 90% of Huber value variation across sites and explain the trait-trait relationship from a fundamental perspective.

Furthermore, the model could also predict the Huber value theoretical response to environmental variables (temperature, VPD and elevation). This research suggests a route towards the integration of photosynthesis and hydraulics in land-surface models. 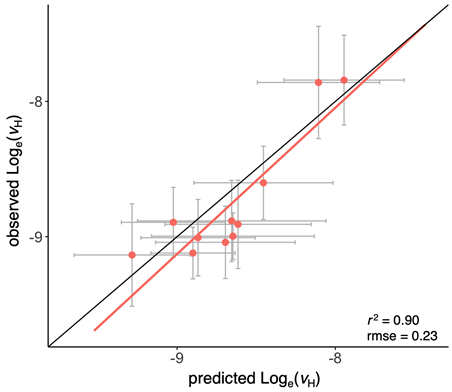 This work provides another great example of how it is possible to make theoretical trait prediction using trait data gathered in the field with the application of eco-evolutionary optimality principles and makes the many hours work put in by many people in collecting these data very worthwhile.

I have been interested in plant hydraulics since my undergraduate days. When I joined LPICEA at Tsinghua University, I was interested in integrating my interests with the expertise of my supervisor – Han.

Han suggested that I first understand the optimality application in photosynthesis prediction, which led to my first paper in Tree Physiology about prediction of four photosynthesis-related leaf traits along elevation. (https://doi.org/10.1093/treephys/tpab003)

After I learned more about current photosynthesis optimality, I proceeded to explore hydraulics’ role in it, with assistance from Han, Colin and Sandy.

Using field data we collected in the Gongga Mountains in China from 2018 to 2019 and the application of eco-evolutionary optimality theory, we made our first progress on prediction of a hydraulic trait  and created the paper “Coordination of plant hydraulic and photosynthetic traits”  (https://doi.org/10.1111/nph.17656).