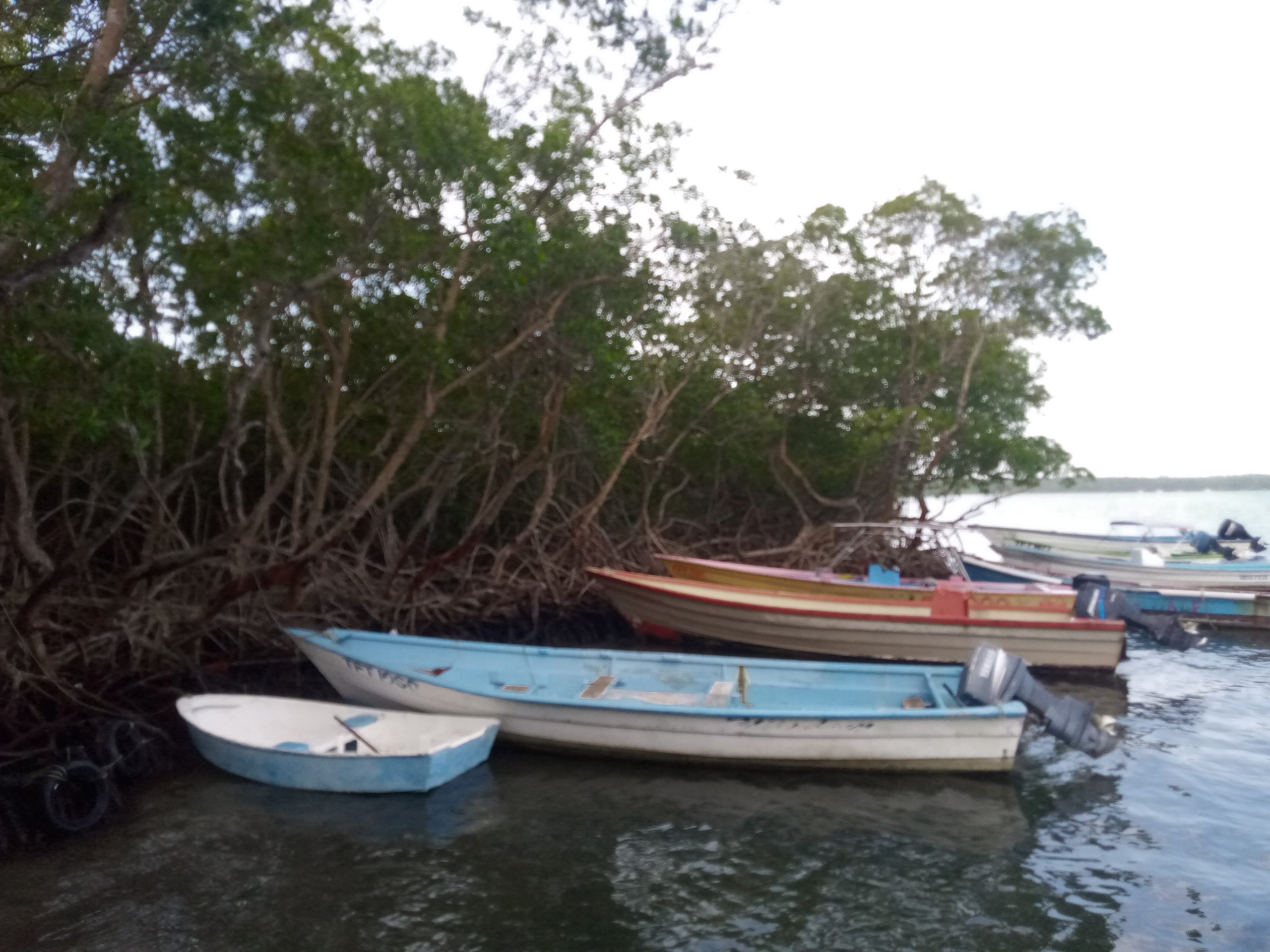 Subsequent to numerous one-on-one surveys last year with persons on the sister island of Tobago. One thing that stood out is the inherent knowledge of the the benefits mangroves provide or to use the moniker Ecosystem Services (ES) to humankind. There seems to be an adherence to let nature be and if not then develop in tandem with nature, with an acceptance that development is needed but not at the expense of potential damage to sensitive ecosystems like the one that my research is centred around. The people rely on it and those that don’t directly use the mangrove, are considerate in thought about how livelihoods will be impacted through various development uses of the mangrove site.

The fishermen use the lagoon as a safe anchorage for their boats, during rough seas and storm surges. The crab catchers have an in-depth understanding of the area and its importance as a breeding ground for their primary product. The divers catch conch and together with the crab, this has its place on the menu board of traditional Tobagonian cuisine. Indirectly, the people see the benefits of how the mangrove can provide shelter and protection from strong winds and waves. Also, they feel like the mangrove act as a filter for the surface runoff from the land. They are aware of the diversity of species that can be found within a mangrove that benefit us and even the species that are a nuisance such as the mosquitoes. Which has been the bane at sunset in the communities closest to the Bon Accord Lagoon such as Four Roads and adjacent housing areas such as Milford Court.

Ask them what they dislike and it would be the mosquitoes that bite on the evenings and the smell of the hydrogen sulphide from the breaking down of organic matter. However, ask them what they appreciate and they will tell you an entire array of benefits that can only be imagined by most from the pages of a magazine or a museum exhibition. As one individual acutely pointed out, “if we don’t take care of the mangroves then what will be there for our children and grand children? They will have to see a crab in a museum.” A poignant statement of a time that will hopefully not come to pass.