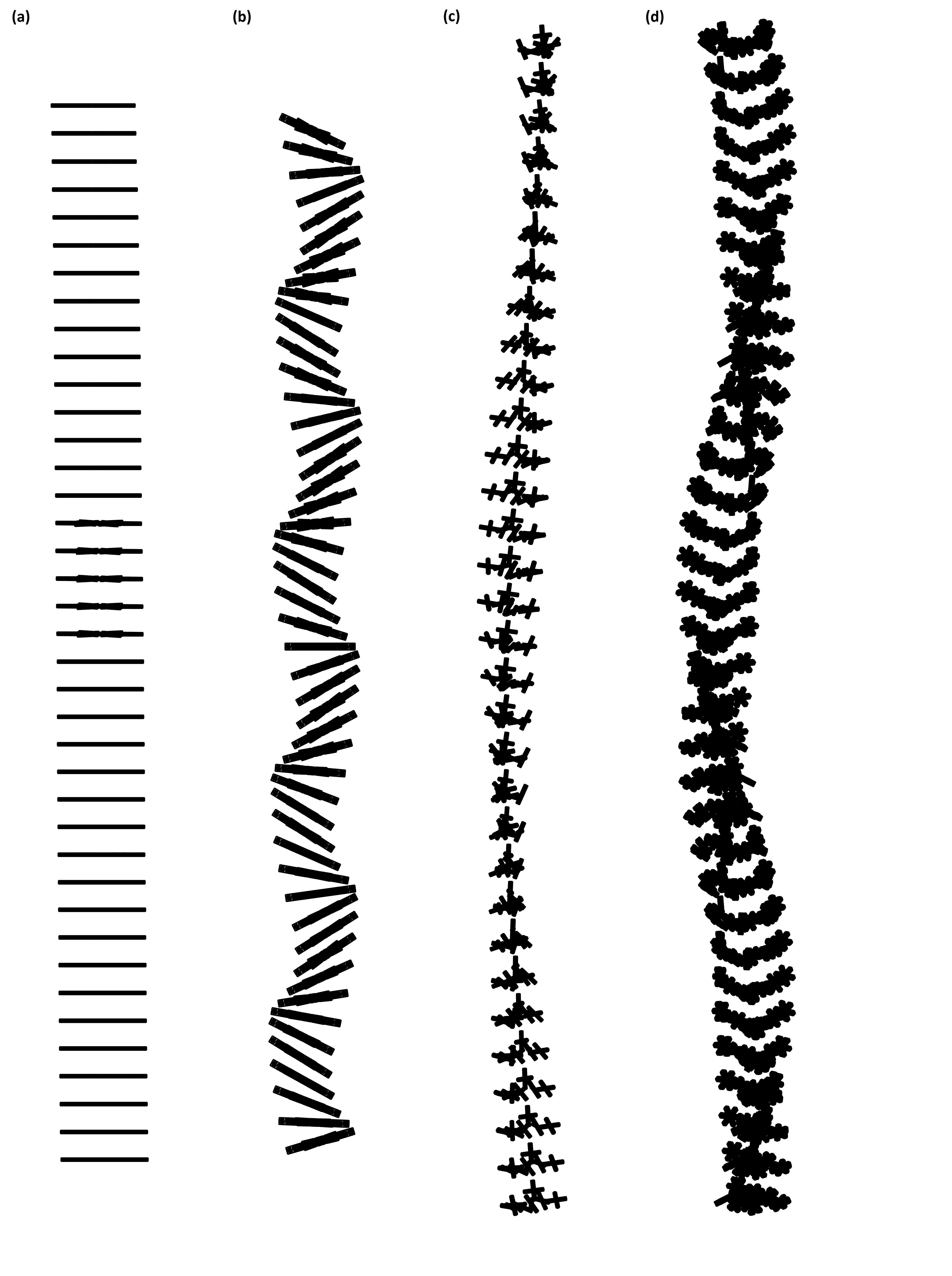 In the UK there are, on average, just 23.7 days of snow fall or sleet a year. However, precipitation in the form of ice crystals, or snowflakes, is an important feature within the atmosphere, both in the UK and worldwide. Research indicates that 50% of global precipitation events are linked to the production of ice in clouds, either falling as snow or melting as it falls to produce rain1. This percentage increases to 85% of precipitation events in mid-latitudes, covering the UK, and 98% of precipitation events in Polar Regions. The small ice particles formed in clouds precipitate slowly, at a much smaller velocity than large snowflakes falling in the lower atmosphere. However, this process must be represented within climate models as the precipitation of ice crystals determines the lifetime of clouds, which in turn impacts the atmosphere’s energy balance by, for example, reflecting incoming radiation from the sun.

Unfortunately, ice crystals are complex 3D structures and we know very little about the aerodynamics of these particles since it is essentially impossible to study the precipitation of snowflakes as they fall through the atmosphere. Even studying snowfall at the Earth’s surface is challenging; natural snowflakes are small in size and have a tendency to break or melt when handled. Consequently, despite extensive field observation studies, many aspects of the aerodynamics of snowflakes are poorly understand due to a lack of detailed experimental data. New data on the aerodynamics of complex snowflakes is required to inform future microphysics schemes and remote-sensing algorithms that are used for weather prediction and climate modelling.

To overcome these challenges, the Remote Sensing and Clouds research group have adopted a novel laboratory-based approach, whereby 3D-printers are used to fabricate models of natural ice crystals. Having developed a “library” of typical snowflake shapes2, which form under different atmospheric conditions, the free-fall of 3D-printed snowflake analogues can be studied under controlled laboratory conditions. Critically, this approach enables us to study complex ice crystal geometries, such as aggregates of ice crystals, for which comparable data is not otherwise available. Early work on this project3 provided data that supports an existing model of the drag force that acts on falling snowflakes (described through a drag coefficient), which can be used to estimate terminal velocities of natural snowflakes. 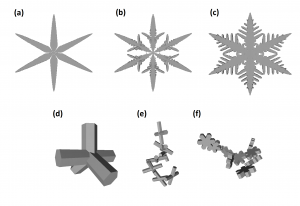 Recently we have developed an experimental approach that enables the trajectory of the falling snowflake analogues to be digitally reconstructed by using images from a series of synchronised digital cameras. This new approach enables us to acquire more comprehensive data on the free-fall of snowflake analogues. In particular, this data enables us to quantify the orientation of the snowflake analogues and the unstable motions that they exhibit as they fall – typical examples are shown in Figure 2. This data will enable us to investigate the parameters that control the orientation of complex ice crystals and to improve models of the drag force that acts on ice crystals (in order to better estimate the terminal velocity of natural snowflakes with complex geometries). We hope to submit detailed results for publication later in 2019. 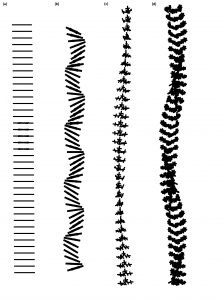