The Whitley Project, led by Sally Lloyd-Evans, is demonstrating widespread local and national impacts, including changes to Reading bus routes (from September 2016) and the showcasing of the methodology to 150 Big Local neighborhoods at a workshop at the University of Reading on 12 April 2016, funded by the Local Trust (see Workshop Report).  New research on financial exclusion will make recommendations for further investment of Big Local funding in Whitley in 2016. 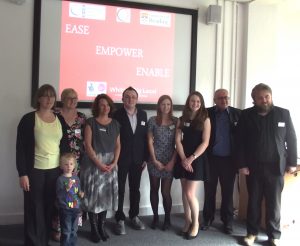 Ruth Evans’ research on responses to death, care and family relations in urban Senegal was discussed in participatory dissemination workshops with young people, community members, local and religious leaders and government and NGO representatives in November and December 2015. The findings were widely reported in the national press and SEN TV. Read the press release about how the UK could learn lessons from Africa in dealing with death.

Ruth Evans co-organised a public event and workshop for policymakers and practitioners on “Putting the ‘social’ back into young people’s psychosocial wellbeing, care and support” with ODI on 22 November 2016, where she shared findings from her Senegal research. Ruth called for ‘Bereavement Awareness’ in international development policy and practice, in order to address the Sustainable Development Goals and the 2030 Agenda. Read more about the events and download slide presentations here. 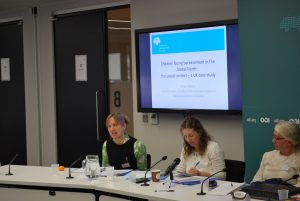