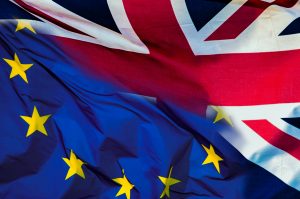 Brexit continues to dominate public discourses, the news and our lives, and yet the majority of us, regardless of how we voted in the referendum, still struggle with the complexity of the issues involved in leaving the EU, and do not have a clear understanding of the consequences.

Is it because government, the press and the experts have not done a good job informing us? Or is it that we do not trust them, and prefer to base our decisions on other sources of information?

The year 2016 has been declared the year of post-truth politics, in which appeals to emotions (pathos) superseded the significance of factual evidence-based information (logos) largely affecting people’s constructions and interpretations of events.

Social text-based media sites such as Twitter play the key tools in the dissemination of this new rhetoric, and analysing the networks and the language used in social media can help understand the impact and credibility of information from different sources and the role of trust and emotions in social media discourses and the forming of public opinion, even though of course they are not a representative sample of the whole population (for example they are typically younger and wealthier than a representative sample).

To understand these issues, we in the Big Social Data Group at the University of Reading (Scholars in computer science, linguistics, mathematics and economics https://www.reading.ac.uk/CMOHB/about/staff/cmohb-staff.aspx) are conducting a research project making use of a large sample of 55 million Tweets collected in the run-up to the Brexit referendum.

Focusing on datasets created around popular hashtags reflecting the key issues in the campaign “free movement”, “project fear” “350m” “budget” we found the same content spreading (around 70% of tweets in each datasets are retweets), little diversity in the users represented in “project fear” where the most frequent users also had a very strong influence (1/8 of all tweets posted by top 100 users). Trust was a big issue in debates on the cost of the EU membership (350m) and those pertaining to the economic consequences of leaving (“project fear”), suggesting that the mistrust of experts and statistics found by post-vote surveys was indeed a big issue.

When modelling the networks of tweeters we found that the most ‘central’ political figures were Boris Johnson, George Osborne and Nigel Farage, and when looking at media the Andrew Marr show and BBC held the most central positions, suggesting these were the actors that exerted the most influence in the forming of opinion.

We then focused the most influential tweets in both camps, and explored language and sentiment use. We found that ‘Leave’ had more influence, that their tweets were, on average, more emotive and substantially more judgemental, towards both individuals, and institutions like the EU.

Whenever security and desire were expressed, Remain were far more negative than Leave: “serious economic danger” occurred very frequently. Leave tweets, instead, constructed secure post-Brexit scenarios (e.g. “a bold, brave new Britain awaits”). Importantly, Remain never celebrated the intrinsic value and security of the EU in the same way that Leave did with its descriptions of the UK out of the EU. Winning the referendum, at last in social media, seems to require negatively judging opponents, creating a sense of security, and praising the social and human value of what was being defended (not just its economics)!

Immigration, trade – and freedom of movement

On Friday 1 December we then held a Brexit and Big Social Data Workshop to discuss our findings with a group of scholars engaged with both Brexit and Social Media research to understand their relevance and identify the most promising avenues for further exploration. 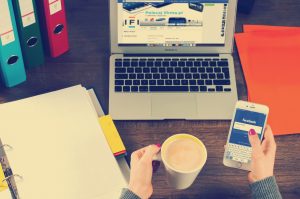 Thiemo Fetzer joined us from the University of Warwick to present his analysis of The Brexit Vote, which indicates that exposure to the EU in terms of immigration and trade provided relatively little explanatory power for the referendum vote, and that the education profiles, the historical dependence on manufacturing employment as well as low income and high unemployment were strongly associated with the Leave vote.

Ingo Borchert, from the UK Trade Policy Observatory at Sussex University discussed the trade aspects of the Brexit decision, illustrating what membership of the EU currently consists of in terms of regulation that supports existing economic activity but also consumer protection and health and environmental standards, and the difficulties of disentangling the four freedoms of movement (for capital, goods, services and people) when aiming to protect existing thriving sectors of the economy, particularly in the service industry.

Yin Yin Lu, from the Oxford Internet Institute presented her linguistic analysis of the roles of rethoric and resonance in #VoteLeave or #StrongerIn before the EU Referendum, and Taha Yasseri, also from the Oxford Internet Institute discussed more broadly the new ways in which Social Media shape collective action and the potentially unstable dynamics that are generated when a wider and less predictable selection of voices takes part in campaigning.

We left the workshop certain there is a lot more work to be done understanding the ways in which social media shape collective and individual beliefs, and developing useful ways of engaging with social media to fulfill what is after all a very important aspect of our role as experts: understanding and informing public debate.