With the increase in house prices in London since 2008, and resultant increase in land values, there might be an expectation that the number of affordable homes provided within residential development schemes would meet local planning authority policy expectations.

However, this has not happened. Instead, the percentage of affordable housing delivered within schemes has actually fallen. These were the findings of a research project I co-authored, which was commended in the recent RTPI Awards for Research Excellence. 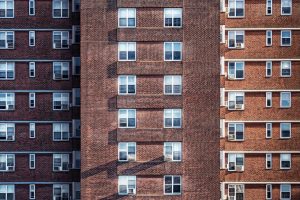 Following a boom in London house prices (March 2009 and September 2015), and a rise in residential land values of nearly 150%, the market expectation would be that land would be brought forward for development, and affordable housing policy provisions should be met. Instead, annual affordable housing delivery has decreased by 37%; and in contrast, the need for affordable housing has increased and stands at 52% of London’s total housing requirement.

A central part of the planning process, reinforced by the National Planning Policy Framework (NPPF) introduced in 2012, is the requirement for the assessment of economic viability of residential developments. The research showed that the relaxation of planning controls and the introduction of the NPPF may have helped to encourage an environment that is supportive of development, but has inadvertently helped developers to avoid delivering affordable housing targets.

The research concluded that the “squeeze” on affordable housing contributions primarily relates to the assessment of economic viability. Viability testing through the use of development appraisals is complex, lacks transparency and public scrutiny. It therefore allows developers and landowners to play the system.

This has led to judgements at planning appeal resulting in more profit for the developers and landowners at the expense of community needs. This clearly needs urgent redress, and the report offers seven recommendations for Government to consider.