LGBT+ History Month is a time to look back through history and to highlight queer identities. This often brings with it a sense of belonging that many queer people believe is not only desirable but essential for their own sense of identity and place within society. But what if the lives of people who defied heteronormative society have been hidden, either by those people themselves or by a state that didn’t record their existence?

Volunteer researchers at the Broken Futures project have been working to reconstruct the lives of men who encountered the local criminal justice system as a result of their sex with other men. This is no easy task; state archives were not designed to be used in this way and are not organised in neat categories for present-day researchers. So-called ‘homosexual’ offences are lumped together with sex with animals, as well as with women. It can be difficult to work out exactly what happened in any given instance from the court records alone, so Broken Futures volunteers have been scouring newspaper archives (over 163 hours over the past year) for any snippet of information that can give us a clue. 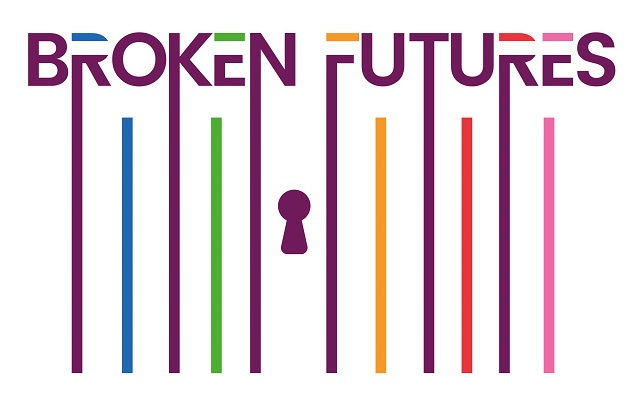 We’ve also been working to humanise the individuals recorded in our sources, and volunteers have trawled census, military, and education records to get some understanding of the individuals behind the offence. We’ve found heart-wrenching tales of same-sex desire, family unity, and stories of people trying to simply live an ordinary life in the face of huge societal condemnation.

We’ve found evidence of sex between men throughout the county of Berkshire, from the poorest agricultural labourer to the landed gentry, but what does this really mean for the LGBT+ community today? The next stage of our project will be to grapple with the issue of whether we can view these men as homosexual or as a precursor to our modern notion of ‘homosexual identity’ at a time before these concepts became mainstream. We also want to confront the issue of whether it is appropriate to claim these men as part of our community, given that they would probably never have publicly admitted to engaging in this behaviour in their own time and may have even been horrified at the idea.

The project will conclude with a podcast seminar series throughout April with a community volunteers, the Berkshire County Archivist, and a number of Reading academics including: Amy Austin (History), Dr Oliver Baldwin (Classics), and Profs. Katherine Harloe and Aleardo Zanghellini (Classics and Law respectively). From 19 April, there will also be a virtual display at the Museum of English Rural Life and an online exhibition on the Broken Futures project page, as well as an updated version of Support U’s existing queer history tour around Reading. We also have a toolkit that will be available, should you be interested in reading more about the research process, the sources used to recover these stories, or how to go about finding lives in archives around the country.

This is all just the start of uncovering Berkshire’s queer history, as the criminal sources utilised only record instances of sex between men. Also, criminal documents did not directly discuss ethnicity and, of course, individuals whose same-sex sex went undetected were not prosecuted and cannot be found in criminal archives. More work needs to be done to uncover the lives of unrepresented communities in Berkshire, and this is something that Support U is endeavouring to work towards in the near future.

The Broken Futures Project was funded by the National Lottery Heritage Fund in 2019 and seeks to explore the history of ‘ordinary’ men in Berkshire who were charged with buggery/indecent assault/gross indecency between 1861 to 1967 by training community volunteers in archival and genealogical research. The project is managed and delivered by Support U, the LGBT+ support and wellbeing charity in the Thames Valley. Find out more by visiting www.brokenfutures.co.uk.

The Pilot project for this work was funded by the University of Reading’s Undergraduate Research Opportunities Programme in 2018, supervised by Professor Katherine Harloe, University of Reading and Mark Stevens, the Berkshire County Archivist with student researchers Amy Hitchings and George Stokes.

George and Amy now make up the Broken Futures team. The Broken Futures project team has some fantastic project partners, to whom we are so grateful for support and guidance since the project’s conception: The University of Reading; The Museum of English Rural Life; Reading Museum; and the vital resources, archival access and training spaces provided by the Berkshire Record Office. This work will also feature in the Queer Rural Connections, a theatrical project led by Timothy Allsop and Dr Kira Allmann of the University of Oxford, exploring queer rural lives.