A book exploring the surge of fanzines that emerged in the wake of punk in the 1970s and 1980s was launched this week at the London College of Communication. Here, our very own ‘Punk Prof’ Matt Worley tells us more about the book, which was edited by the Subcultures Network hosted here at Reading. 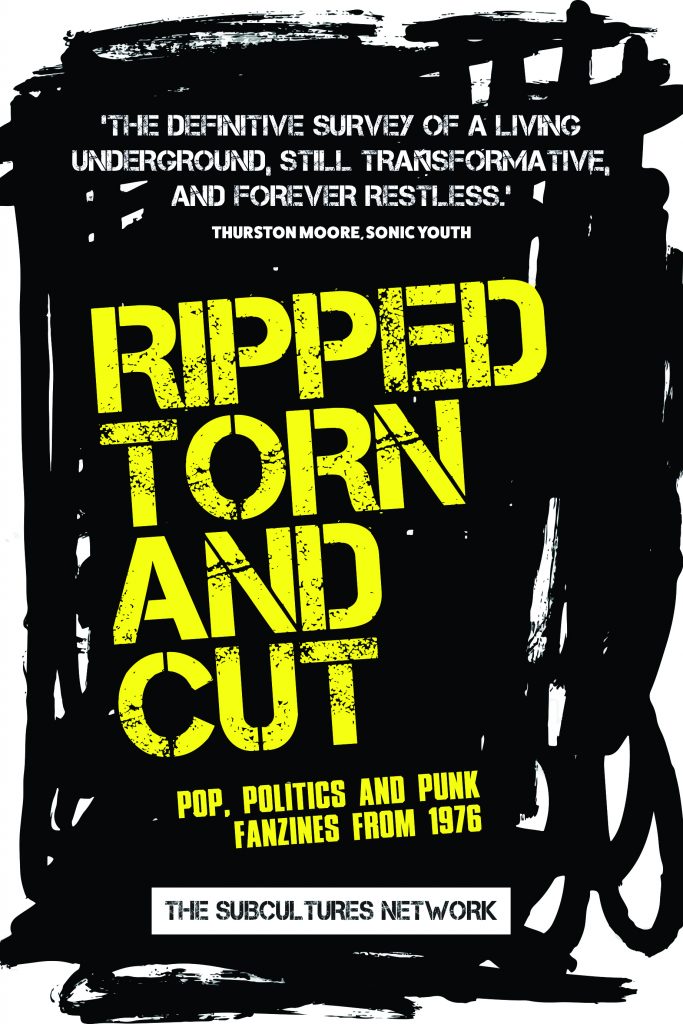 Ripped, Torn & Cut is an edited collection by the Reading-hosted Subcultures Network. Its focus is the fanzines that proliferated in the wake of punk’s cultural assault. These home-made magazines – cut and pasted, typed and scribbled – reported back from punk’s frontline and its far-flung skirmishes.

Where Sniffin’ Glue [a fanzine launched in July 1976] led, others followed. These fanzines often began with a paean to boredom, a dismissal of the music press (or the media generally), and a commitment to a ‘new wave’ that seemingly challenged and reinvigorated youth culture.

From 1976 through the 1980s, ‘90s and into the new millennium, fanzines changed in style and form as punk’s influence fractured, diluted and/or disseminated. Not only did they enable a way in to cultures and scenes both local and national, they embodied the DIY-ethos punk peddled. They allowed for an agency that challenged the apathy and passivity that punk railed against. 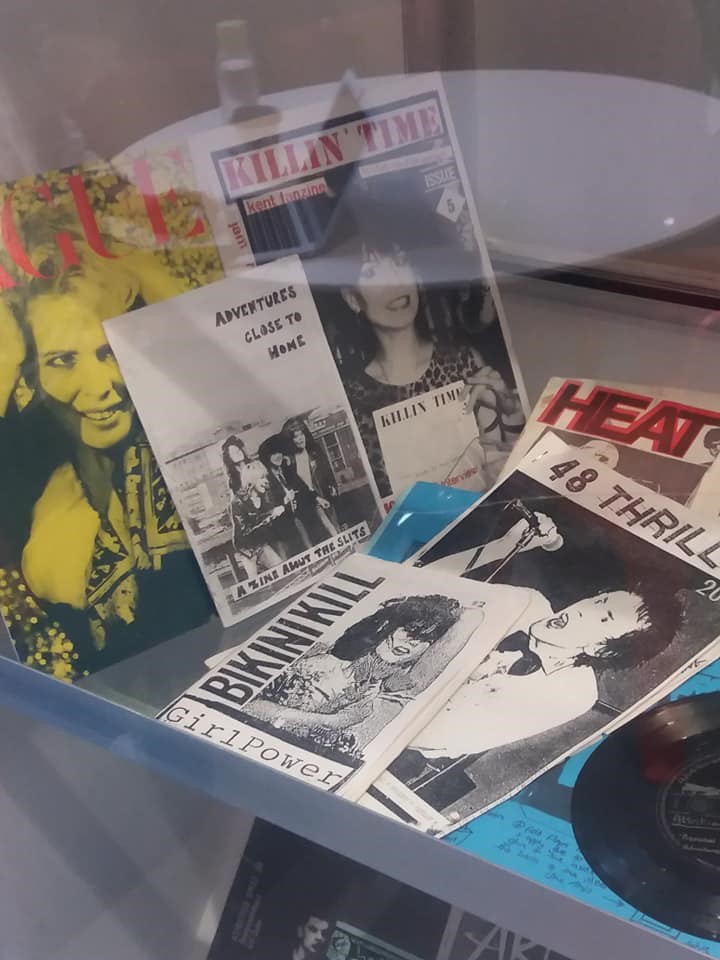 Inside their Xeroxed and litho-printed pages, bands were eulogised and dismissed; formative political ideas were tested; personal identities were constructed. In the book, distinct strands of punk’s fanzine culture are unpicked and explored, with contributions from both academics and participants reflecting back on what they did – and why they did it.

The book launch took place at London College of Communication (LCC) on 9 July, with Russ Bestley from the Punk Scholars Network steering things and Ruth Collingwood from the LCC archive displaying examples from their extensive zine collection.

Russ and Tony Credland also put together a fanzine-based programme comprising sample pages culled from the fanzines discussed in the book. Before copies were sold and drinks were drunk, Richard Cabut read from his contribution, musing on his fanzine Kick’s attempt to forge a sensual revolution from punk’s creative individualism.

Unlikely influences  such as Blue Peter and Tony Hart emerged, doffed caps to the previous hippie counterculture were noted, and the use of potato print extolled. More immediately, the current resurgence of zines and their archiving was debated, paving the way for consideration as to fanzines’ cultural import and potential in our digital world.

Earnest debate done and dusted, so books, beer and wine flowed from the LCC to the pub round the corner. Among those attending were Steve Micalef (Sniffin’ Glue), Lucy Toothpaste (JOLT), Chris Low (Guilty of What?), Tim Wells (Stand Up and Spit), Graham Burnett (New Crimes), Ruth Gregory (Temporary Hoarding), Simon Beesley (June Brides) and artist and historian Jane Palm-Gold.

By the end we were convinced of William Blake’s influence on punk and spellbound by a conversation that segued from heroin addiction to the travails of virtual learning environments.

Not all were convinced by the thesis, but possibilities of funding bids are in mind. As it was, the event made good the Network’s objectives of working collaboratively and forging dialogues that speak through artificial boundaries (academic, subcultural, journalistic, artistic).

And, of course, Ripped, Torn and Cut is but one of its projects. For the past and future, visit: http://www.reading.ac.uk/history/research/Subcultures/ 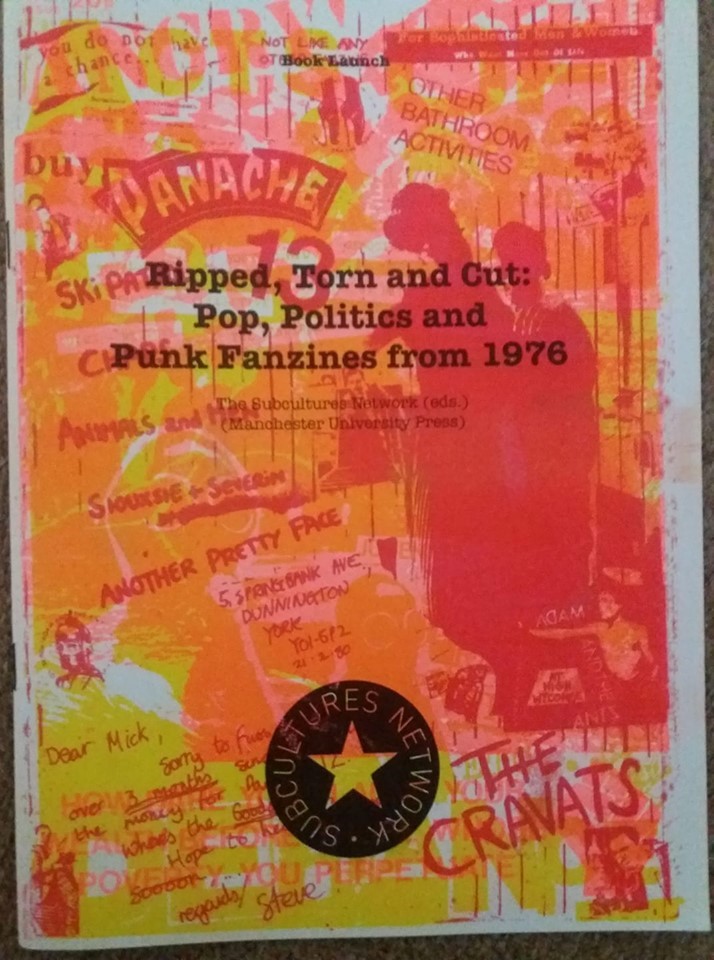 Matt Worley is Professor of Modern History at the University of Reading with research interests in twentieth-century British culture and politics. His current research is directed towards the link between politics and youth culture in post-1945 Britain. This work led to the publication of No Future: Politics, Punk and Society, 1976-84 (Cambridge University Press, 2017), alongside various articles, chapters and edited collections. Matt is co-founder of the Subcultures Network.